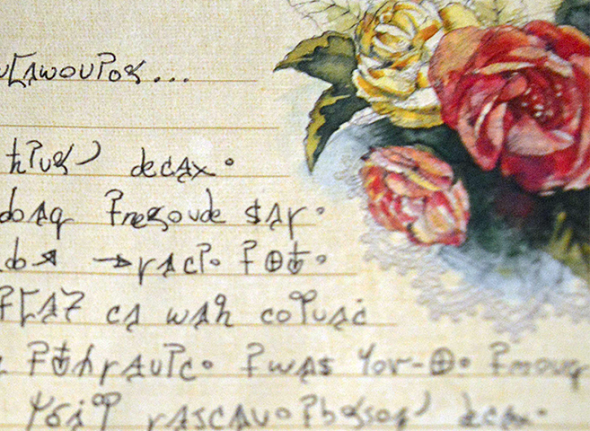 Can a reader decipher this encrypted diary page I found on the internet? I don’t know by whom and when it was written, but I’m sure that it can be solved.

Encrypted diaries are an interesting topic for every crypto history enthusiast. My encrypted book list meanwhile contains over 25 diaries that are enciphered.

Some of the diaries on my list are written completely in code (like the one of Noah John Rondeau), others only contain a few encrypted passages (like the ones of Lady Gwendolen and Czech poet Karel Hynek Mácha). Encrypted diaries are also a frequent topic on Klausis Krypto Kolumne. I have published blog posts about Donald Hill’s steganographic diary, Olga Romanova’s journal, the Isdal woman’s diary and a few more.

Usually, the ciphers used by diarists are quite simple, as it is pretty annoying to apply a complicated encryption system on a longer text. For this reason, as good as all encrypted diary entries I am aware of are broken. In this article I’m going to present an exception, but I am very optimistic that my readers will break this one, too.

The diary of an unknown woman

When I recently checked the r/Codes group on Reddit, one of my favorite sources for unsolved cryptograms, I encountered an encrypted diary I hadn’t seen before. I included it as number 00092 in my encrypted book list. The Reddit post that introduces it provides only one page. Here it is: 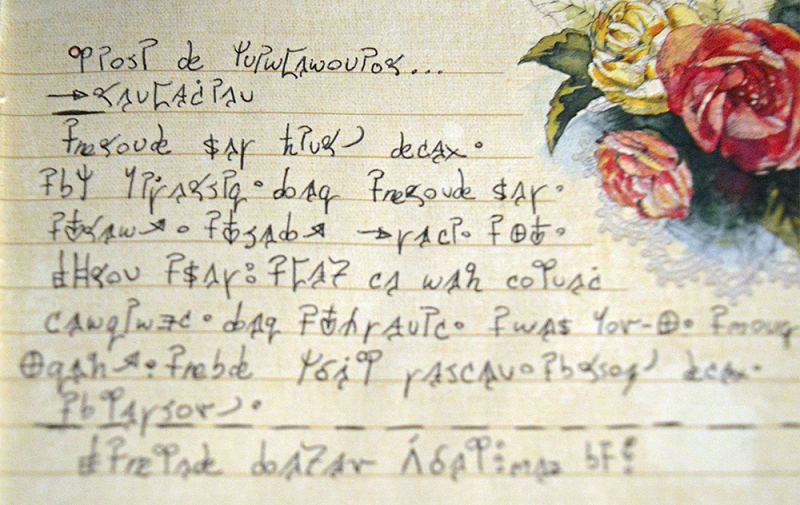 Here’s a transcription provided by the poster:

To my regret, not much context is given in the Reddit post. So, I don’t know when this diary was written and who wrote it. According to the poster, the person who wrote it was an English speaker and knew no other languages. My guess is that this diary writer was a woman – at least, it would be uncommon that a man uses a notebook that depicts flowers.

The encryption system used looks like an ordinary MASC (mono-alphabetic subsitution cipher). As mentioned above, it is very unlikely that a complicated cipher was used, as it would be too laborious to write a whole book in such a code. However, many encrypted diaries contain twists, like abbreviated words, code names, foreign-language expressions and the like. This could be the case here, too.

Further reading: Who can decipher this encrypted diary?