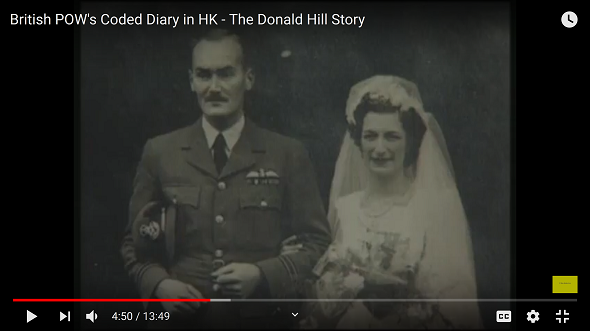 While most conferences and trainings are currently canceled because of the coronavirus, online seminars (also known as webinars) have become quite popular. The first online talk I ever gave took place on March 30 at the SecIT 2020, when I spoke about post-quantum crypto. I gave this talk while sitting in my living room, sharing a session with Bruce Schneier, who resided on the other side of the Atlantic.

Yesterday, the Heinz Nixdorf MuseumsForum, the largest computer museum in the world, hosted a webinar, too. It was an online demonstration of the Enigma given by Jochen Viehoff.

A video recording of this talk, along with a long list of comments, is available on Facebook. Much of the feedback was given by readers of this blog, such as Wolfgang Schmidt, Jerry McCarthy, and Ralf Bülow.

And then, the current downtime is provides an opportunity for browsing through Nils Kopal’s CrypTool 2 YouTube channel. His latest webinars are about block ciphers and hill climbing. The latter topic has been covered on this blog many times, the former is described in detail in my book Kryptografie – Verfahren, Protokolle, Infrastrukturen.

Another video the reader might find interesting was produced long before the corona crisis. It is a TV documentary about Donald Hill (1915-1995), a British military pilot, who was stationed in Hong Kong during the Second World War. The 13-minute video is titled The Donald Hill Story.

Donald Hill was captured by the Japanese and had to spend four years in a prisoner of war camp. Already before his years in captivity, Hill had kept a diary – this was illegal, as British soldiers were not allowed to take private notes, which might have provided helpful information to the enemy.

To hide his writing activities, Hill disguised his diary as a collection of multiplication tables. Before pocket calculators came up, tables like these were quite common. While in captivity, Hill continued to write his journal. As can be seen in the following scan, the disguise worked very well:

After his return to England, Hill married his fiancé, Pamela. The story of Donald Hill is told in Andro Linklater’s book Code of Love.

Donald Hill never talked about his diary to his wife, and he never revealed the encryption system he had used. Only after Hill’s death in 1995, his widow tried to find out what the strange number sequences were about. She asked mathematics professor Philip Aston from the University of Surry to analyze them. Philip Aston broke the cipher and published a paper about it, which is now available online.

Aston published the whole plaintext of the diary, but only a few pages of the original. A one-to-one match between a ciphertext passage and a diary page is not available.

Donald Hill’s diary is the only steganographic diary I have ever seen. It is contained in my encrypted book list (00041). In addition, it will be covered as a codebreaking success story in my next book (co-written with Elonka Dunin). Publication is scheduled for fall this year.
Follow @KlausSchmeh