On a Russian website a handwritten notebook from the Soviet era is described. Its content is encrypted. Can a reader solve this unusual cryptogram?

I absolutely love to rummage in archives and libraries in search of interesting crypto documents. Many of the stories I have covered on Klausis Krypto Kolumne are based on findings I made this way. 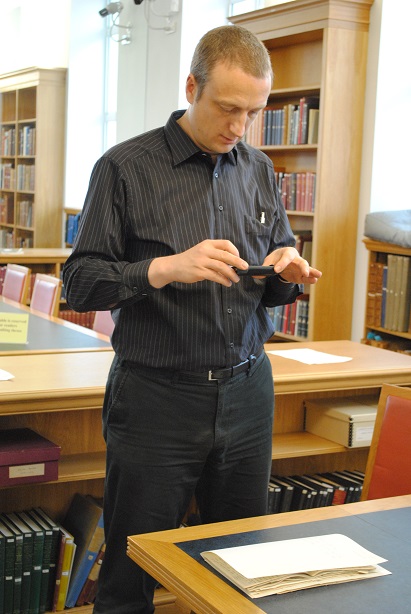 However, my best source for new crypto stories is still Google. Usually, I carry out my online searches in German or English, but with the help of Google Translate I can easily use search terms like “encrypted”, “secret writing” or “crypto mystery” in other languages, as well. I prefer to search for images instead for text, because interesting pictures are easier to spot on a long list of items than interesting text.

One of the most interesting Google searches I ever made came about when I used Russian search terms like тайнопись (“secret writing”) and закодированный (“encrypted”). Among other things I found a page about Russian child murderer Vladimir Vinnichevsky (1923-1940) and his allegedly encrypted note. When I reported on this story in a blog post last week, my readers Alexander Ulyanenkov and Thomas found out that the note was not really encrypted but abbreviated.

Here’s another crypto mystery from Russia I found via Google. On a Russian website (I prefer the Google Translate version) I read about somebody who had discovered a notebook in the waste paper of an old country house. The content of this notebook is written in an unusual script – most likely, it is encrypted. Only two page scans are given on the website. The cleartext is unknown. I put the Russian notebook on my Encrypted Book List (position 00082). 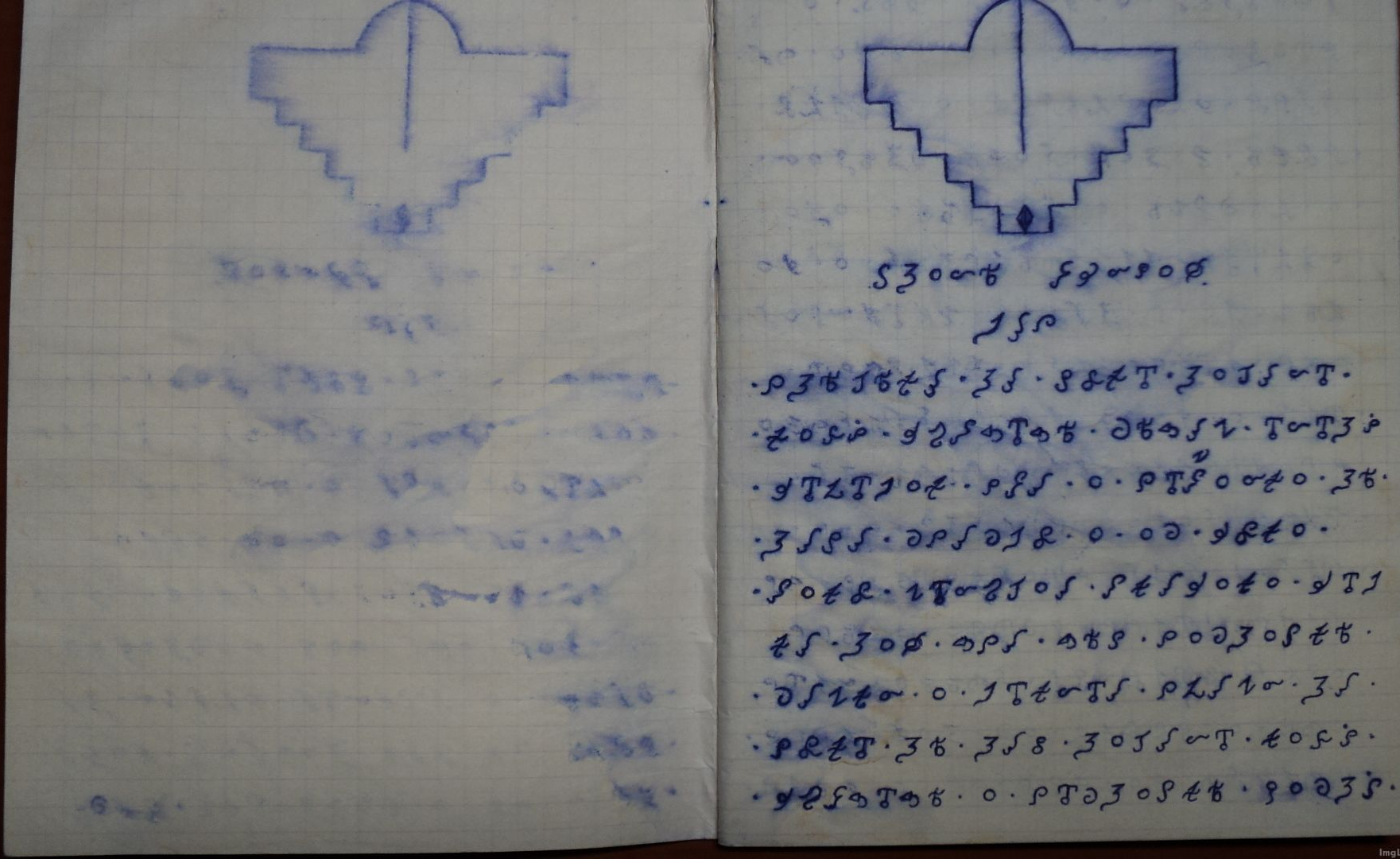 The author of the Russian website offered the notebook for sale. I wrote him an email telling him that I was interested in buying it. For the case that the booklet was already sold, I asked him for a complete set of page scans. So far, I haven’t received a reply. I don’t even know if he speaks English. 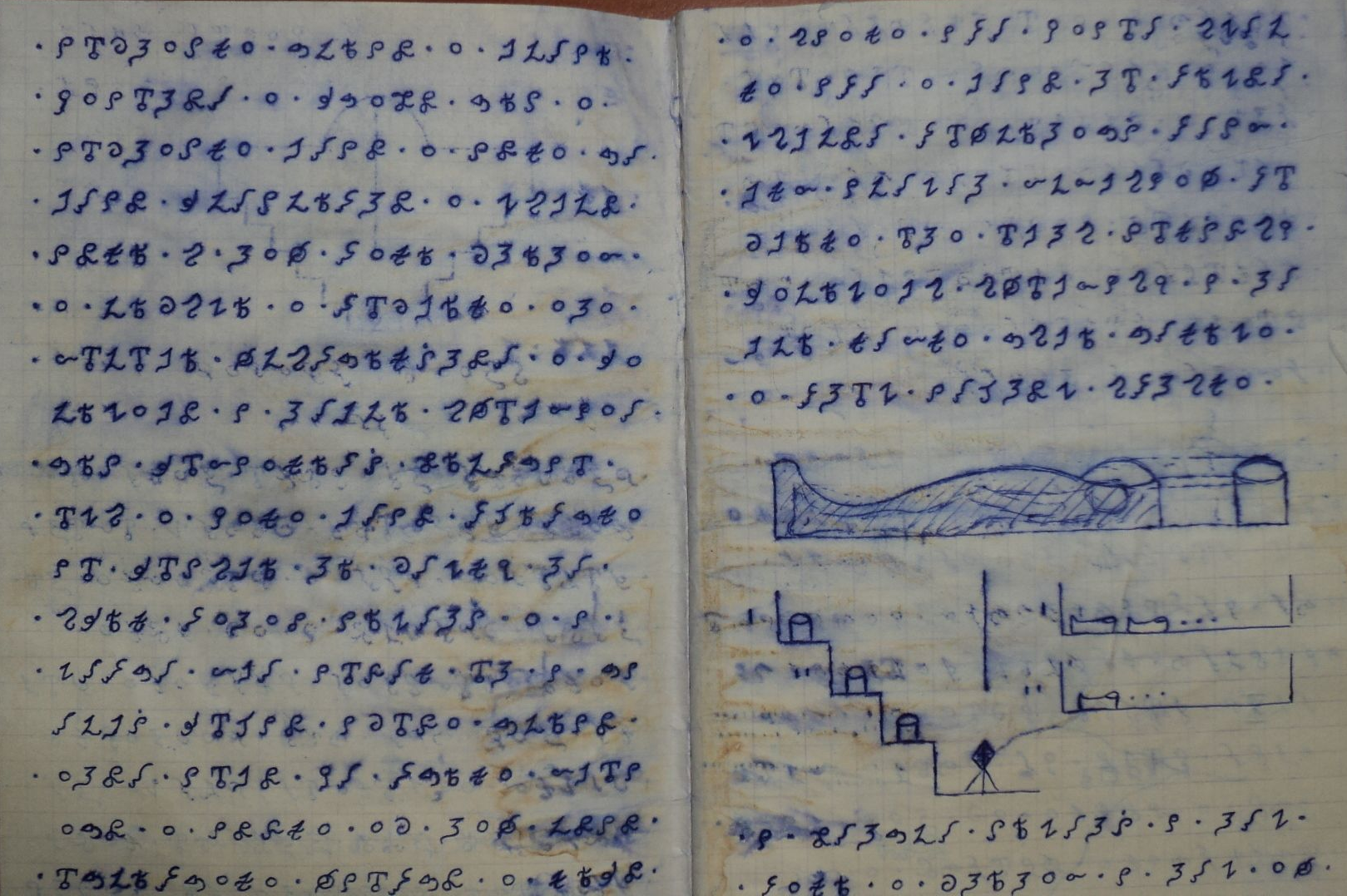 Here are a few facts about the encrypted Russian notebook:

As it seems, the notebook finder posted information about this booklet on a variety of online forums and received many comments. However, nobody came up with a solution.

Can a reader of Klausis Krypto Kolumne find out more about this unusual cryptogram?
Follow @KlausSchmeh