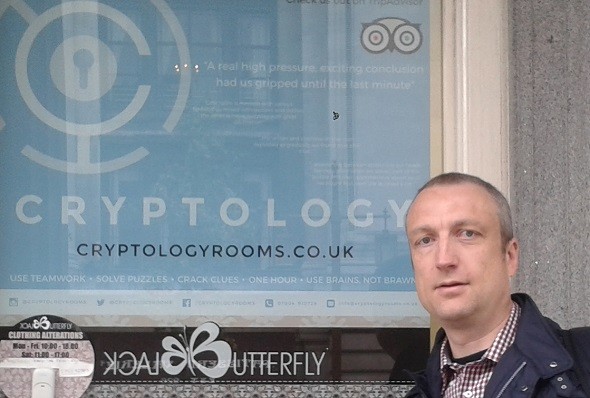 Last week I had the chance to visit an escape room operated by a company named “Cryptology”. Here’s my report.

An escape room is a live adventure game, in which players have to solve a number of puzzles to escape from a room. It is sort of a paper chase for adults. Escape rooms have become quite popular in recent years.

In Nottingham, UK, there are two crypto-themed escape rooms operated by a company named “Cryptology”. When I took a trip to London last weekend, I took the chance for a day trip to Nottingham to attend one of these escape rooms. Afterwards I had a meeting with Mark Thompson, the managing director of Cryptology and creator of the Cryptology escape rooms.

The two escape rooms Cryptology operates are named “Cipherdyne” and “The Crypt”. When I booked my participance, I chose the former. I had to pay 40 pounds for two persons. The maximum is five persons (80 pounds).

After my arrival in Nottingham, the following picture was taken at the townhall: 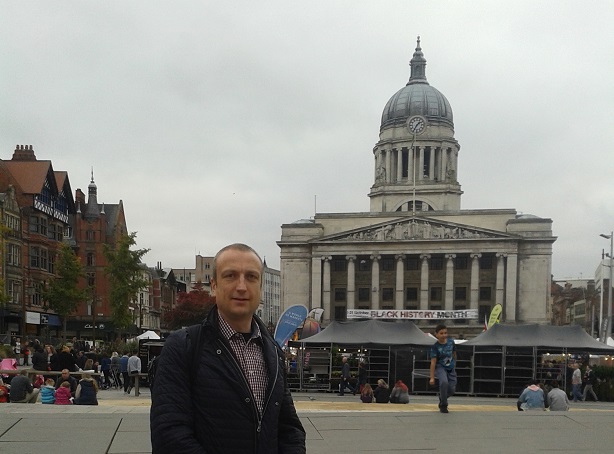 The two Cryptology escape rooms are located next to the town hall in central Nottingham. I rang the doorbell to get in: 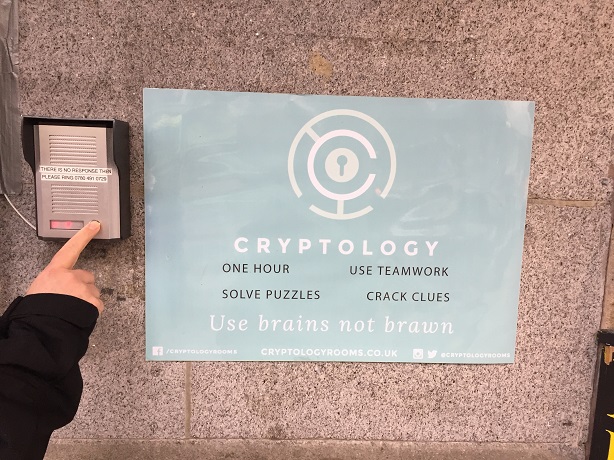 Our escape room slot started at 2:15 and lasted exactly one hour. 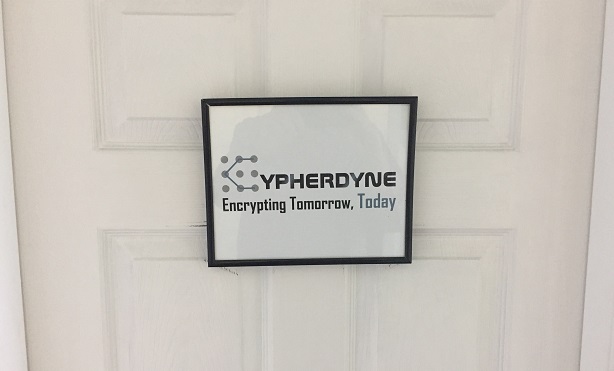 Before our adventure started, a nice young lady explained us that, precisely speaking, the expression “escape room” was not correct in this case. Instead of escaping from a room, our goal was to prevent a certain disaster within 60 minutes of time. To achieve this goal, we had to open locks, answer questions, guess passwords, interprete strange inscriptions, search for hidden objects and more. All of these puzzles were somehow integrated into the room we were in.

As it turned out, some of the puzzles to be solved were quite difficult. Whenever my co-player and I got stuck, the lady outside gave us hints via a computer screen on the wall. This brought us pretty close to the solution. Nevertheless, we were not successful in the end. The disaster took its course.

All in all, the Cipherdyne escape room was a fun experience. It felt a little bit like a movie, in which we played along ourselves. There was only one thing I had expected a little different: None of the puzzles had got much to do with cryptology. As it turned out, the other Cryptology escape room, “The Crypt”, would have been the better choice, as it features a few codebreaking puzzles.

After I had almost saved the world in the escape room, I had a meeting with afore-mentioned managing director Mark Thompson. 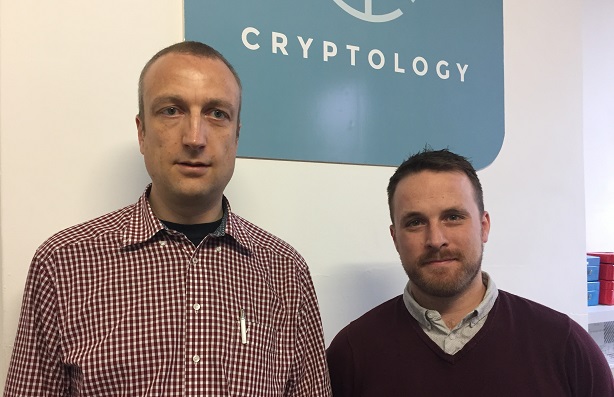 Mark told me that he had worked as a buyer for electronic retailer Maplin (the British counter-part of Conrad Electronik) for many years. When he saw an escape room for the first time, he decided to quit his job and to start a new career in this business. He founded a company named “Cryptology” and started two escape rooms in the city of Nottingham. He plans to open two more in the near future. They shall have something to do with cryptology, too.

British crypto mystery expert and blogger Nick Pelling, whom I met the other day, told me that there is an escape room dedicated to the Voynich manuscript in Milton Keynes, UK. Maybe I will go there on my next UK trip.
Follow @KlausSchmeh