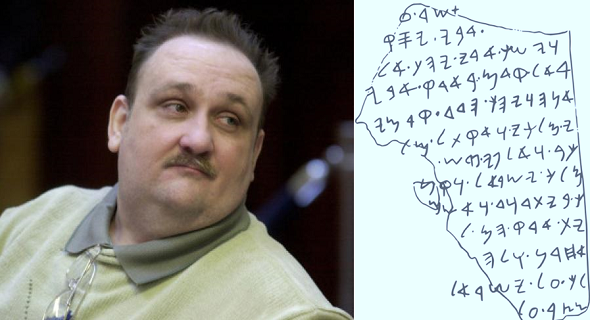 Nathaniel Bar-Jonah (1957-2008) was a felon convicted of kidnapping and sexual assault. According to a website, he left behind an encrypted note. Is this note genuine? Can it be solved? I hope my readers can answer these questions.

So, I was quite thrilled when Craig Bauer, editor in chief of Cryptologia and author of an up-coming book named “Unsolved! History’s Greatest Ciphers”, told me about a criminal case involving encryption I hadn’t known before – the case of Nathaniel Bar-Jonah.

US citizen Nathaniel Bar-Jonah (born David Paul Brown) was convicted of kidnapping, aggravated assault, and sexual assault of various children in 2004. He received a 130-year prison sentence without the possibility of parole. He died in a Montana prison in 2008.

Bar-Jonah had evidence against him for the murder of ten-year-old boy Zachary Ramsay. He is said to have cooked the boy and served him to unsuspecting guests. In Bar-Jonah’s apartment, detectives found a number of recipes with titles such as “little boy pot pie” and “french fried kid”. For these reasons, Bar-Jonah was referred to as a cannibal in the media.

The Wikipedia article about Nathaniel Ben-Jonah mentions a “decoded journal”. However, the reference given (a comprehensive website about the Ben-Jonah case) doesn’t contain any information about it. The only thing I found is an encrypted note that is mentioned on a website Craig Bauer told me about (item 7 on the list). Here it is: 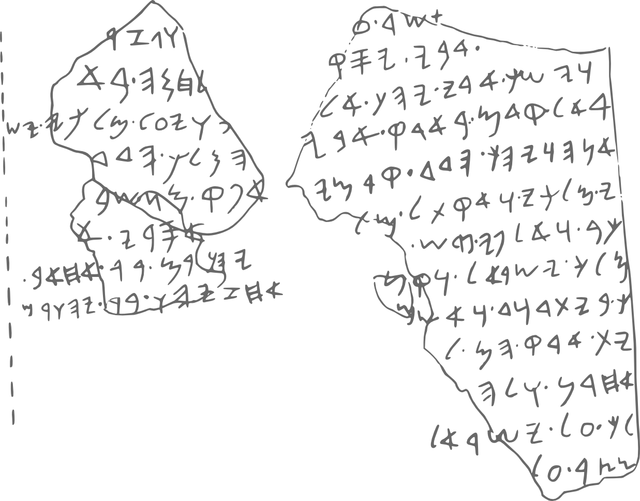 Now, several things are unclear to me: