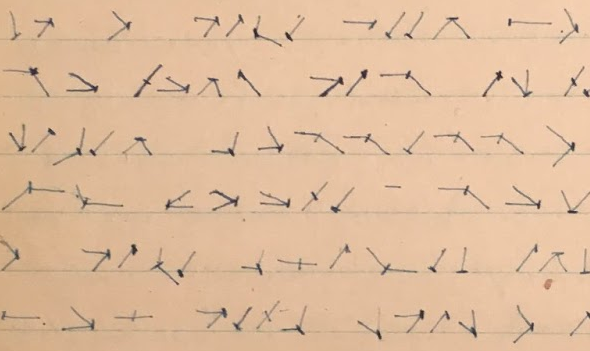 In the 1920s a woman named Grace Gull wrote a diary. For some text passages she used a secret code. Can a reader break it?

Encrypted diaries are a frequent topic on Klausis Krypto Kolumne. I have published blog posts about Donald Hill’s steganographic diary, Olga Romanova’s journal,  the Isdal woman’s diary and many more. Encrypted diaries play a major role on my encrypted book list. There are diaries written completely in code (like the one of Noah John Rondeau), others only contain a few encrypted passages (like the one of Lady Gwendolen). Usually, the ciphers used by diarists are quite simple, as it is pretty annoying to apply a complicated encryption code for a longer text. For this reason, as good as all encrypted diary entries I am aware of are broken. In this article I’m going to present an exception, but I am very optimistic that my readers will break this one, too.

On a family blog I recently found an encrypted diary passage written by a Colorado woman named Grace Gull. Here is a page scan: 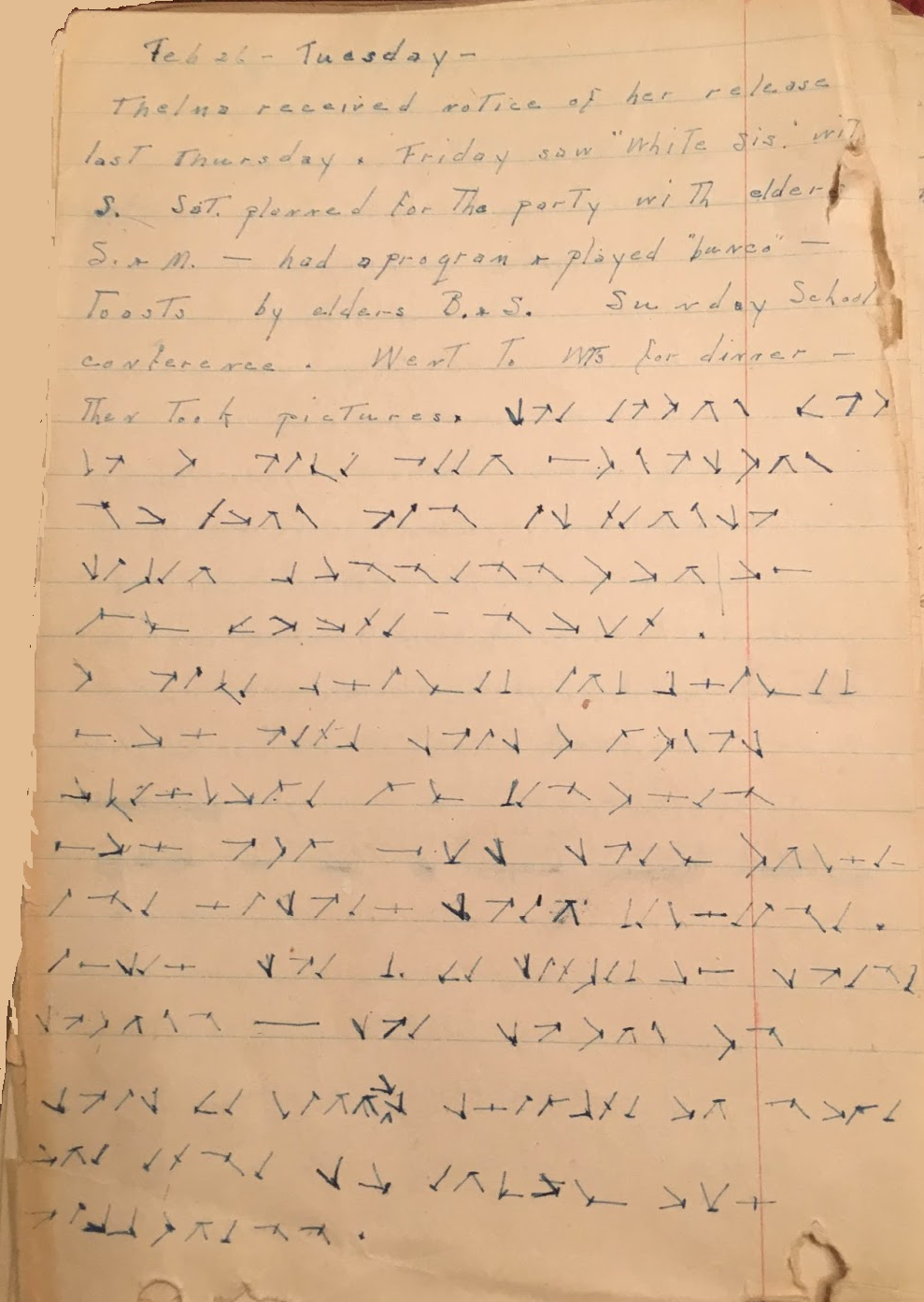 According to the blog post, the cipher is a secret language created by Grace Gull and her lover Berlin Whitaker to communicate to each other. In the blog post it says: “To this day no one knows how to break the lovers code.”

I’m a littel confused, as this scan obviously shows a diary entry, not a letter. Did Grace and Berlin use the same encryption scheme for their love correspondence, too? Or was this diary page meant to be read by Berlin, too?

Who can solve the angle cipher?

The encryption method Gull used is probably a simple letter substitution (remember that ciphers used in diaries are usually not very sophisticated). Probably, all letters are represented by angles. The following postcard is written in an angle cipher, too (it is already solved): 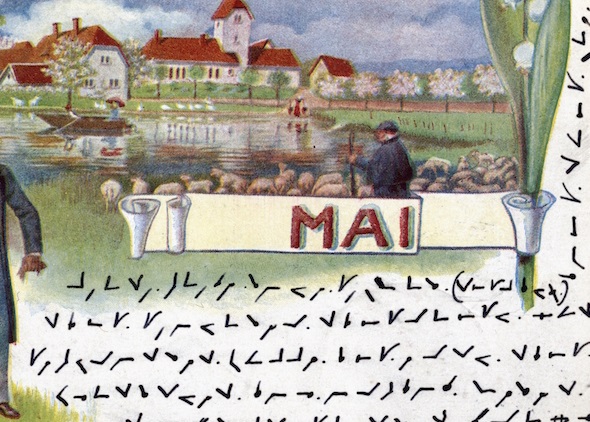 Can  a reader break Grace Gull’s encrypted diary entry? I am sure, the author of the family blog will be interested to learn the cleartext, too.
Follow @KlausSchmeh