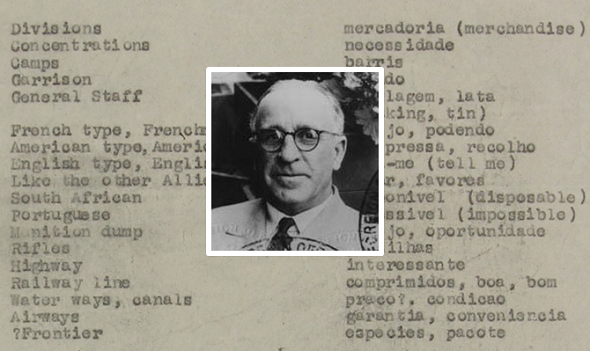 Frank Foley, a British secret agent operating in Nazi Germany, saved many Jewish people from the holocaust. In the British National Archives, I found an unusual encryption method that was (probably) used by one of his men.

In the British National Archives, I recently found a note dated 1943 (reference number: KV-2-2424_071) starting with the following sentence: “I have obtained a translation of a plain language code to be used by one of Foley’s characters in Loanda.” 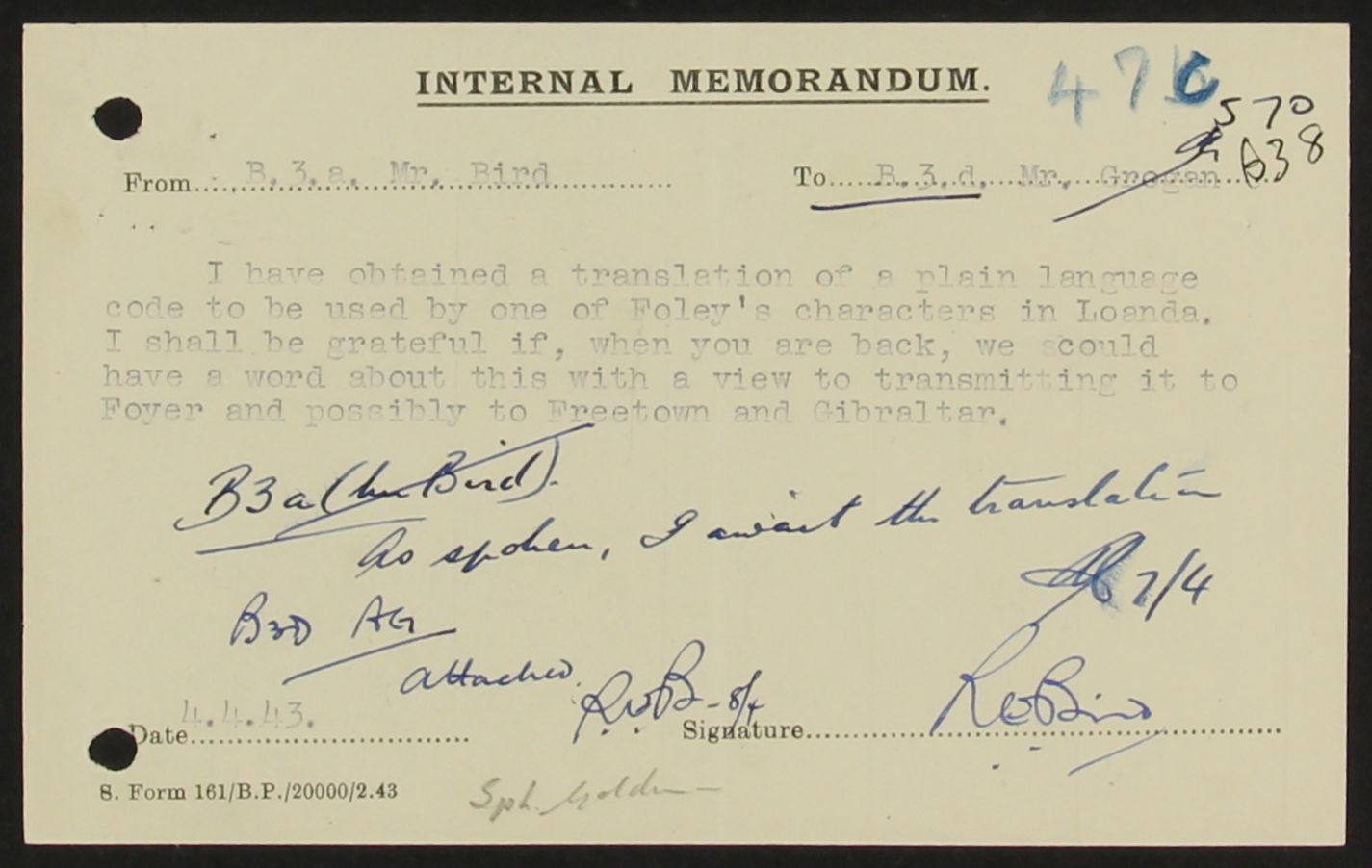 The note was included in a file containing secret service material. A three-page description of the “plain language code” (I would call it an encryption method) was attached to it. It’s a quite unusual cipher, as we will see.

Before I took a closer look at this encryption method, I wanted to know who “Foley” was. As no first name is mentioned in the note, I looked for a person named Foley, who played a role in WW2 and had some relationship with the British secret service. In fact, I found one on Wikipedia: Frank Foley (1884-1958), a British intelligence officer. I don’t know if he’s really the person mentioned in the note, but at least, he’s a good fit. 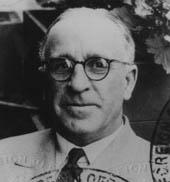 Frank Foley is a notable person. In the years before World War 2 he worked in Nazi Germany. Officially acting as a diplomat, his real job was that of a spy. Besides collecting intelligence about the Germans, his clandestine activities included the support of Jewish people, many of which managed to escape the Nazis because of Foley’s help. Foley is therefore sometimes referred to a s the British Oscar Schindler.

With the start of World War 2 Foley had to leave Germany, but he kept on working for the British secret service. He coordinated British espionage activities in Germany and was involved in the detection of German spies, some of which were recruited as double agents.

In the note, “one of Foley’s characters in Loanda” is mentioned. Who was this person? Loanda (today usually spelled “Luanda”) is the capital of Angola. During World War 2, Angola was a Portuguese colony. The Portuguese remained neutral in World War 2, which didn’t keep them from selling war-relevant goods to both sides of the conflict. As a neutral country close to the Atlantic Ocean, Portugal was an interesting place for the secret services of different nations. For instance, locations in Portugal could be used as unsuspicious relay stations for transporting secret goods and intelligence information. It is well possible that one of the spies working for Frank Foley stayed in Angola.

Let’s now look at the encryption method used by one of Foley’s men. It is basically a three-page collection of codewords with their cleartext meanings (reference numbers: KV-2-2424_072 / _073 / _074). All the codewords are taken from the Spanish language, but their code translations have got nothing to do with their Spanish meanings. In many cases, not the word itself is relevant, but only the word ending (e.g. “iga” for North West or “ar” for South West). 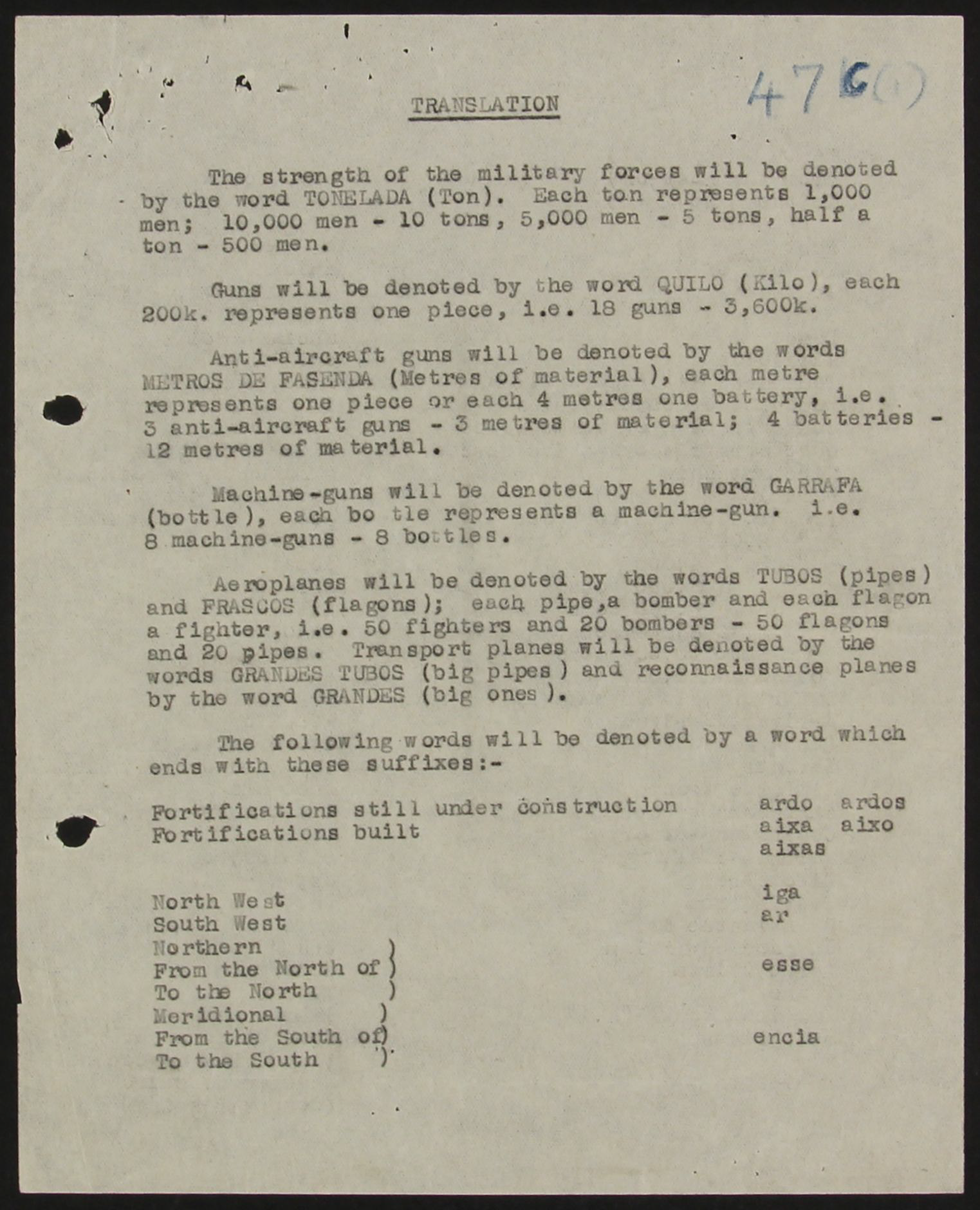 A code like this works quite well when it is used for telegrams. A sentence like PILAR VALENCIA FUNTE DOLARES looks like a short telegram message written in Spanish. The content doesn’t make much sense, but this didn’t necessarily rise suspicion, as it was quite normal to omit words and to use code expressions in a telegram, in order to keep it short. 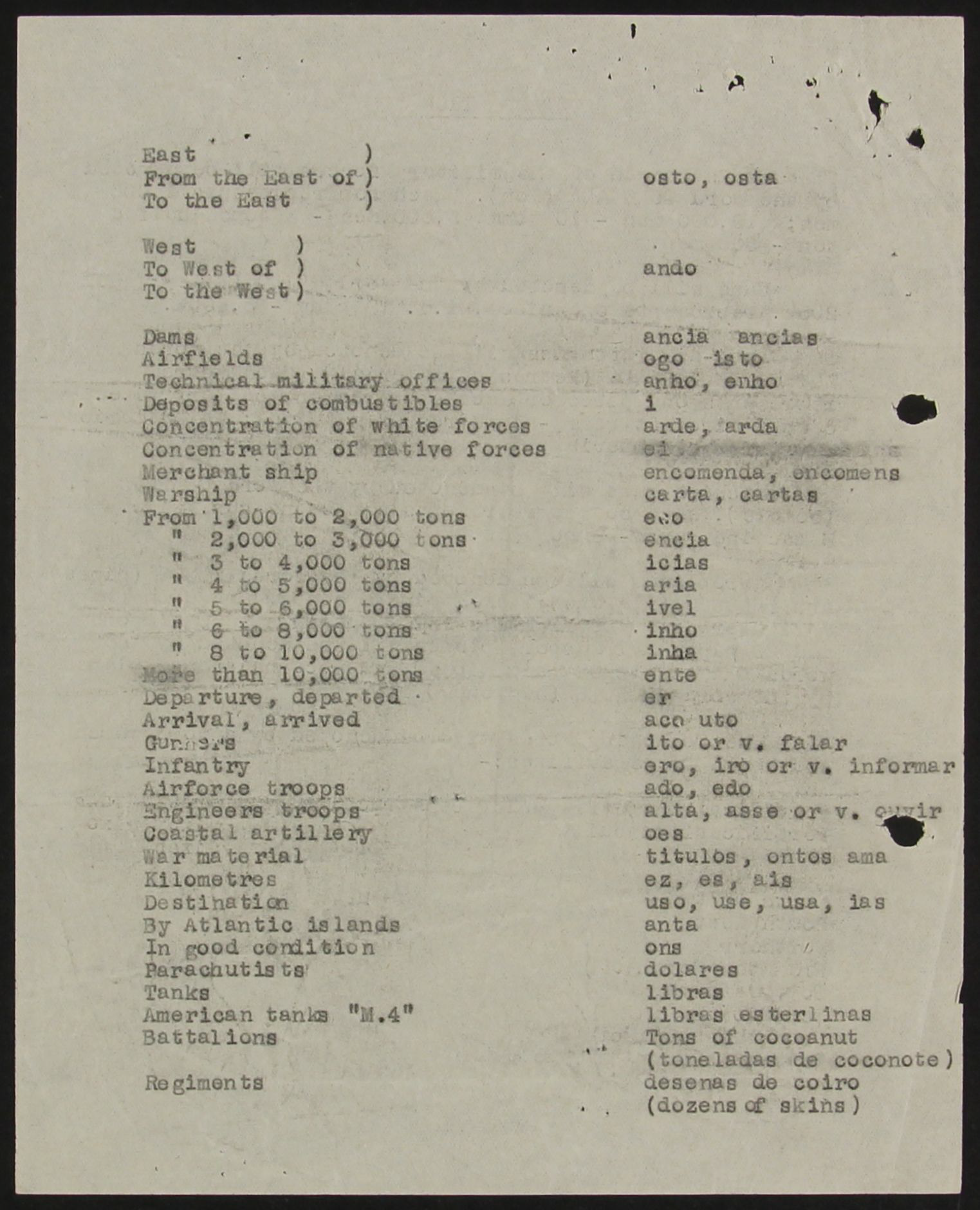 The vocabulary of the code mainly consists of military expressions (gun, tank, troup, …). Some of the words refer to British airplanes (Spitfire, Boston Bomber, Wellington Bomber). This suggests that the code was created for a (German?) spy, who gathered intelligence about British military activities. Maybe this German spy became a double agent after the British had detected him. The code description given here is probably not the original one. The original explanation might well have been in German. 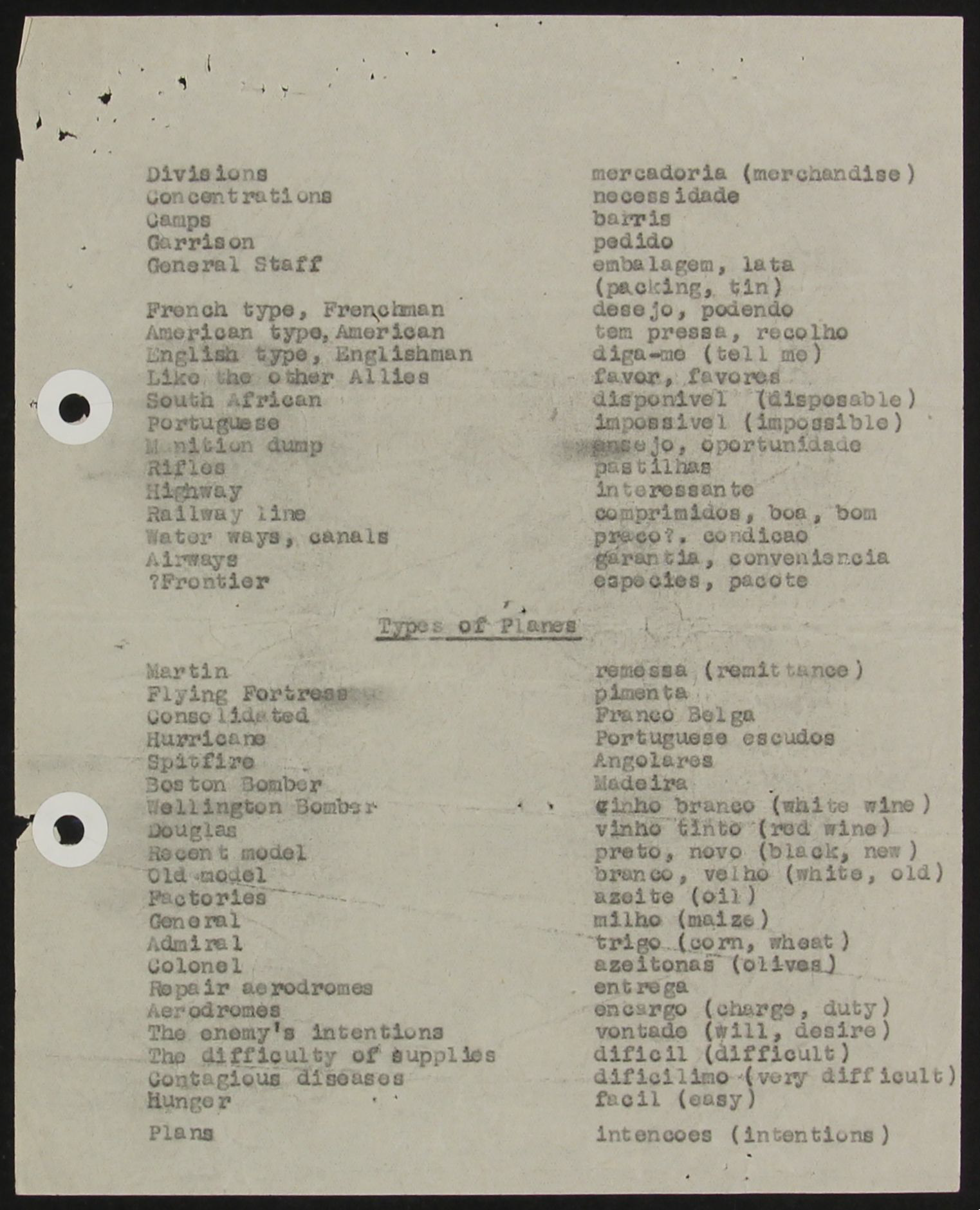 If a reader can find out more about the background of this encryption method, I would be very interested to learn.
Follow @KlausSchmeh
Linkedin: https://www.linkedin.com/groups/13501820
Facebook: https://www.facebook.com/groups/763282653806483/