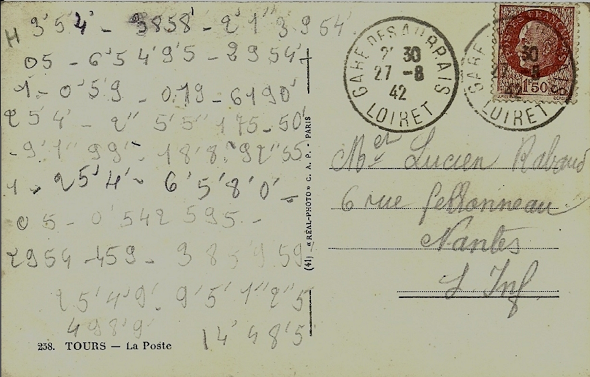 During World War II a woman from Loiret, France, sent an encrypted message to a recipient in Nantes, France. Can a reader break this cryptogram?

Encrypted postcards have always been a popular topic on Klausis Krypto Kolumne. The one I am going to present today showed up in a Google search for the term “carte chiffré” (French for “encrypted (post)card”). It is listed on a French auction site. The current bid is at 100 Euros. The auction will run for almost four more days.

From Loiret to Nantes

It should come to no surprise that this card was sent and received in France. The cleartext language is most likely French. The motive shows a street in Tours (Département Indre-et-Loire). The card was sent in Loiret (Département Loiret). The receiver was a man named Lucien Rabaud living in Nantes (Département Loire-Atlantique). Usually, encrypted postcards are sent from young men to their lovers, but in this case it might be the other way round. 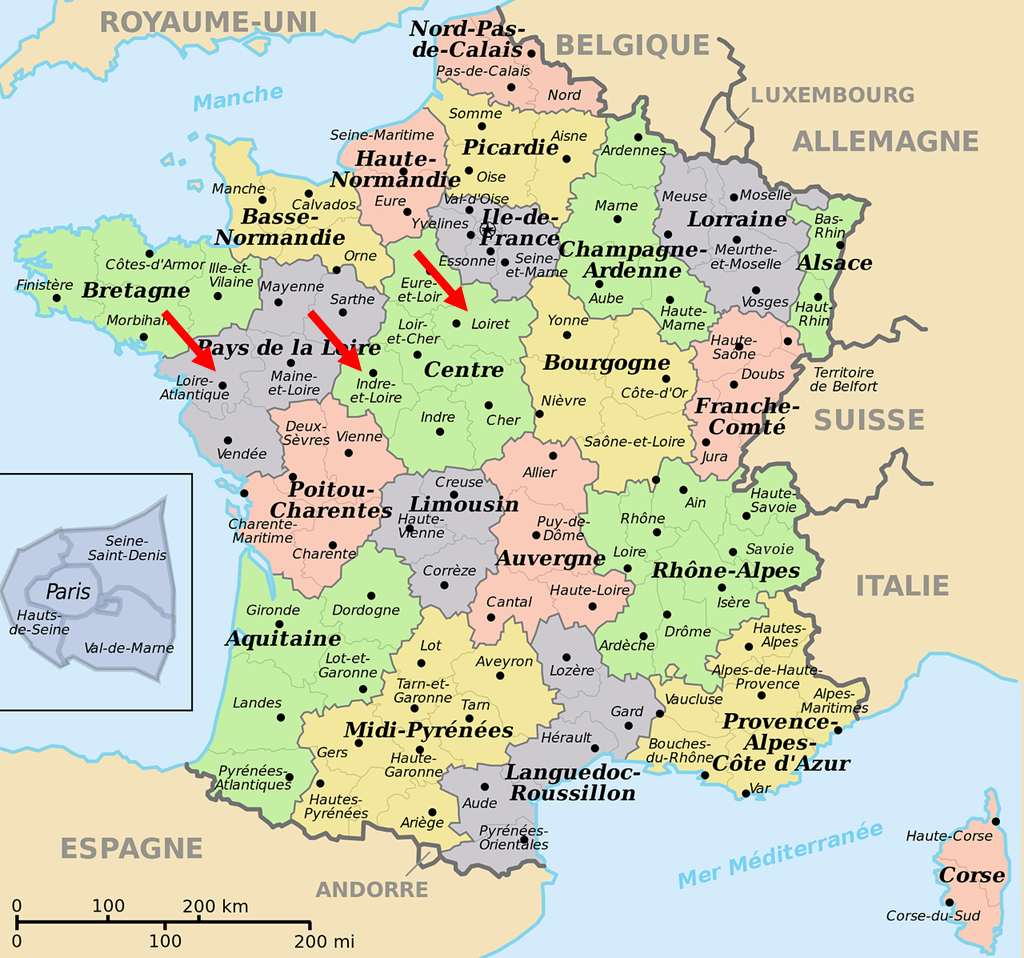 Here’s the picture side of the postcard: 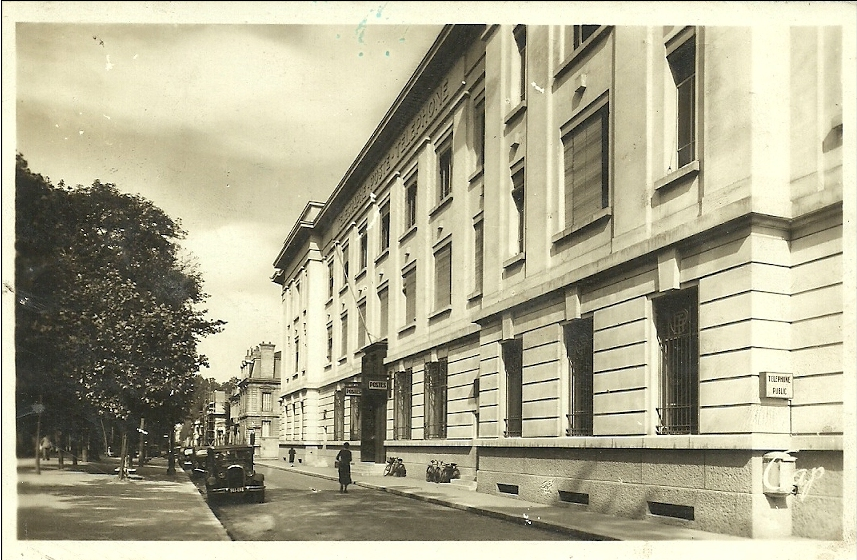 The card is dated 1942, which means that it was sent during World War II. It is very unusual that such a postcard is encrypted. Usually encrypted correspondence was forbidden in war times, in order to make spy communication more difficult. 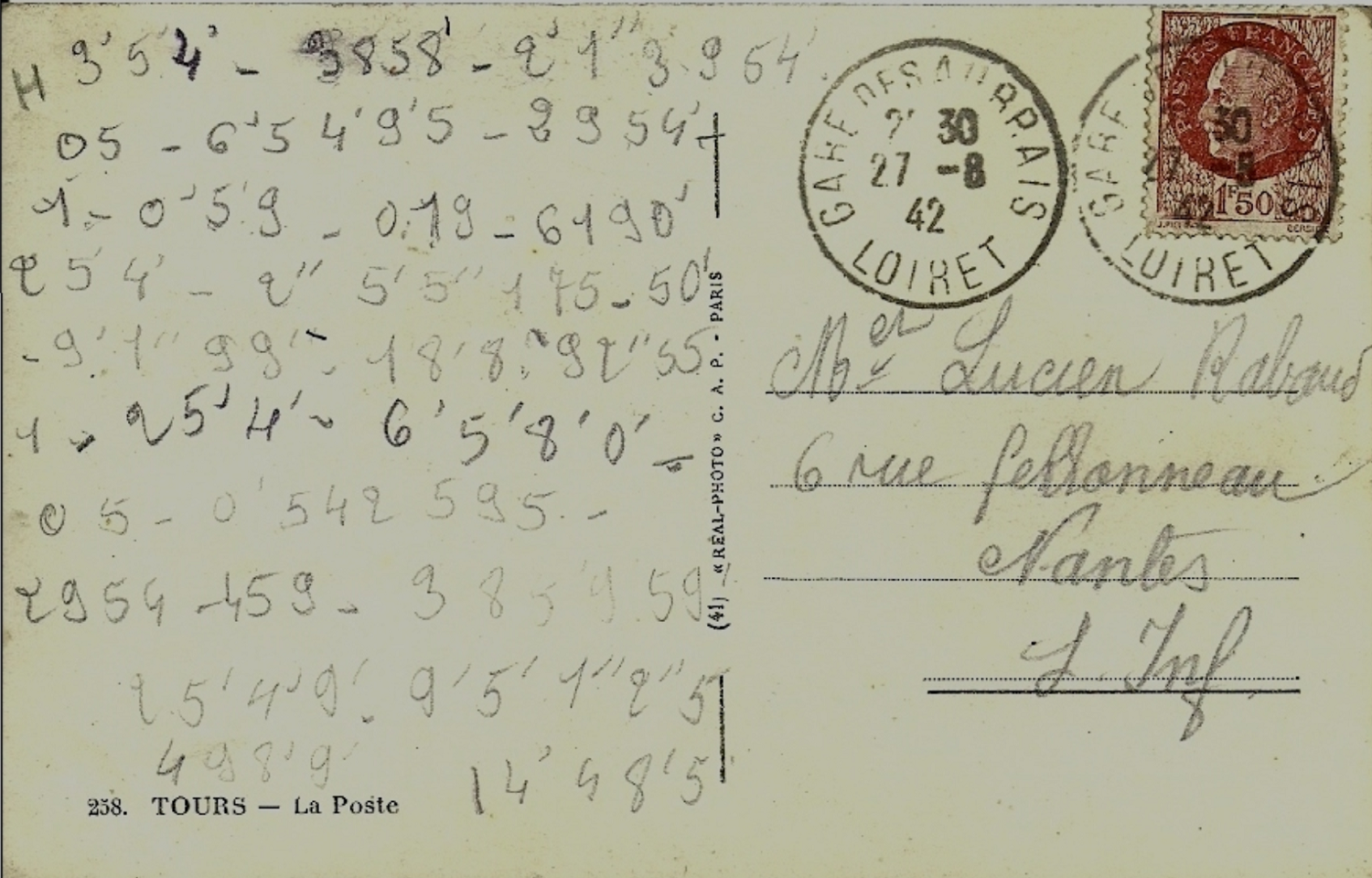 The alphabet used probably consists of the numbers from 1 to 9, from 1′ to 9′ and  from 1” to 9”. The spaces between the words are visible. All in all, it’s probably not a very secure cipher.