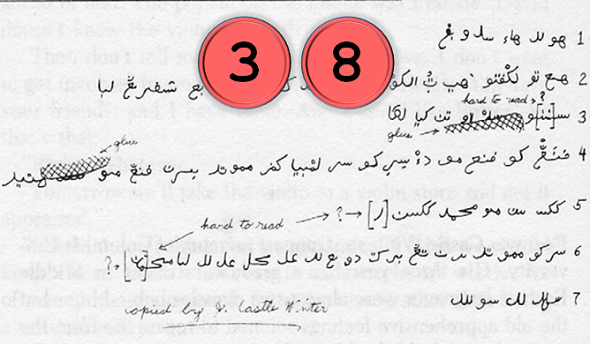 An inscription found on the inside of an old fiddle has never been deciphered.

A few years ago, when I leaved through old issues of the scientific magazine Cryptologia, I read about a book titled The Sufi Fiddle. This 182 pages novel was reviewed by Louis Kruh (1923-2010), a well-known crypto history expert, in Cryptologia 3/1991. 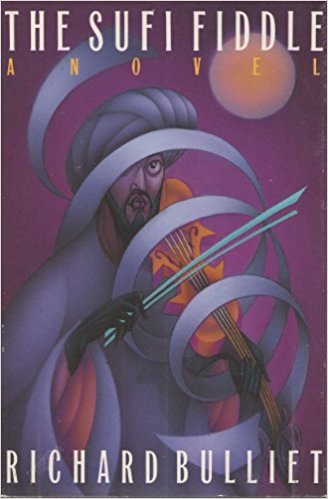 According to Kruh’s review, The Sufi Fiddle is about a violin that bears seven lines of an unknown Arabic-looking script on its inside panel. This musical instrument, which turns out to have magical but deadly power, is the key to a conflict within an obscure Muslim brotherhood. The message in the violin is never solved.

Kruh apparently liked the book and called it “an interesting spy novel”.

The Sufi Fiddle was written by Richard Bulliet, a professor of Middle Eastern history at Columbia University. In an afterword, Bulliet claims that the Arabic-looking but unsolved inscription in the story is real. 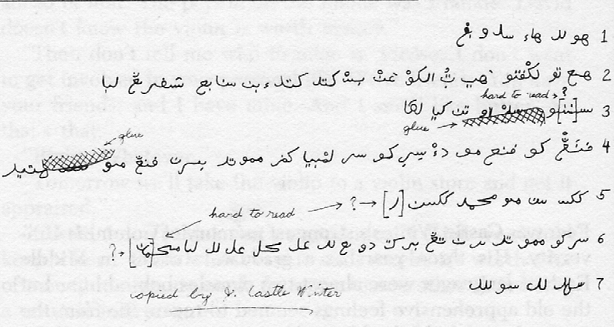 The message was allegedly found in a violin in Boston in 1968. It was taken to Harvard where it circulated among a group of distinguished professors without anyone being able to decipher it. After two decades of following hunches and presenting the problem to myriad scholars Bulliet decided to write a novel about it.

In  October 2014 I wrote a blog article about the Sufi Fiddle mystery (in German). I had serious doubts about the authenticity of this story. In spite of the “myriad scholars” that had allgedly occupied themseleves with the message, I couldn’t find a single reference to it that was not related to Bulliet’s book. To me it looked like a hoax.

So, I decided to write Bulliet a mail asking for clarification. In fact, he replied. Among other things, he wrote: “My novel did not find many readers, and none who had anything helpful to say about the message in the violin.” In addition, he stated: “The violin is real and my description of it is accurate.”

Does it come from the Philipines?

As Bulliet told me in his mail, he had developed a hypothesis about the origin of the fiddle message a few years after writing the novel. This hypothesis is based on a couple of pamphlets he found in a store in Boston. These pamphlets were in a handwriting style that reminded him of the violin. The pamphlet that seemed the most like the violin script was on embossed Spanish paper. From this clue he thought it likely that the pamphlet came from the Philippines during or just after the period of Spanish colonial rule.

Bulliet’s guess was confirmed by a linguist, who said that the language of the pamphlet might be Maranao, which is spoken on the island of Mindanao in the Philippines. After the Spanish-American War, the American army conducted several operations in the Maranao-speaking region. Bulliet’s guess is that an American soldier on that expedition brought home both the violin and the bundle of pamphlets as war souvenirs, and that they remained with his family, who forgot where they came from.

If Bulliet’s hypothesis is true, the Sufi Fiddle mystery is not cryptologic but linguistic in nature. Can a reader tell, if this explanation makes sense? If not, does somebody know a better one?
Follow @KlausSchmeh