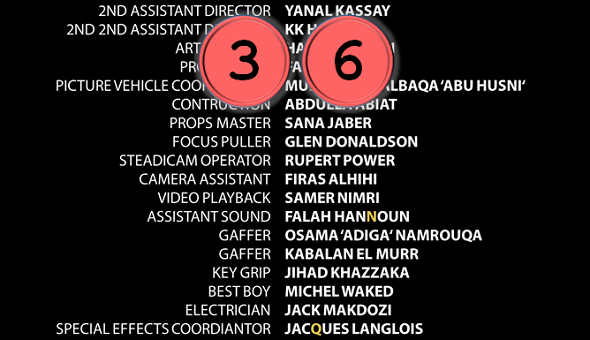 In the end credits of the movie Fair Game (2010) some letters are marked yellow. Do they form a code? If so, the solution is unknown.

In  2014 blog reader Ralf Jäger made me aware of a strange and little known crypto mystery: In the end credits of the movie Fair Game (starring: Naomi Watts and Sean Penn) a code is hidden.

After this hint I bought a DVD of this movie. It was probably the first time that I ignored the main part of a film and only looked at the end credits. It turned out that Ralf Jäger was right. Some of the letters in the end credits are marked yellow. This can be seen on the following screenshot: 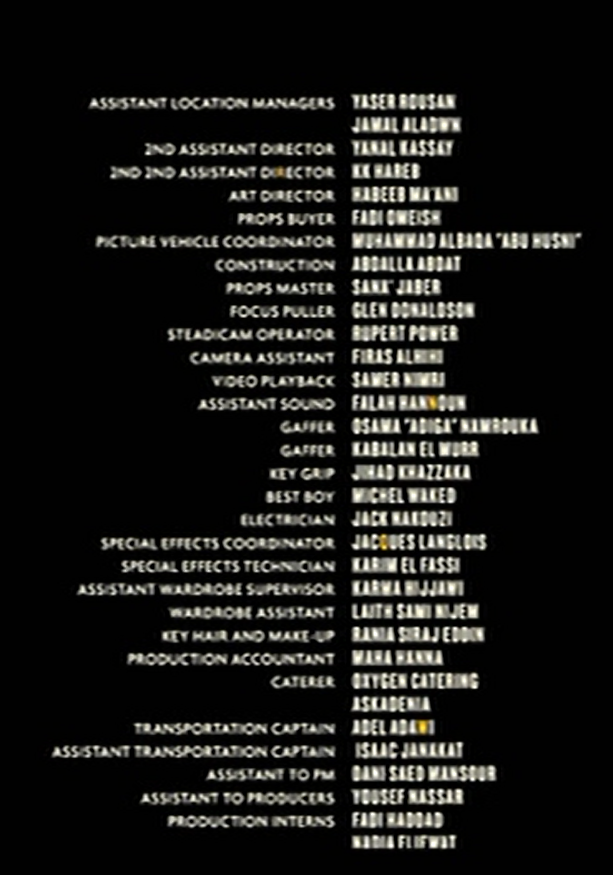 According to the web site AboveTopSecret, the marked letters form the following sequence:
CES?OAPCHFHTEOPISFMNADAMECAOREDATN
RAYUURNQWKNUFRCOJRWRMDGSEHUWTOAKRA

The question mark is included because the fourth letter of the sequence is not visible. The following screenshows shows why this is the case: 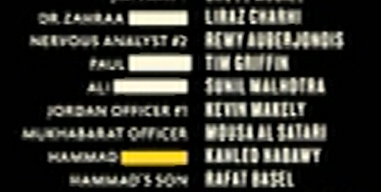 As can be seen, a number of surnames in the end credits have been made unreadable. As Fair Game is based on a true story with some of the characters appearing in the movie being real persons, it was probably necessary to hide their identities for legal reasons. As it seems, the surname of a person named Hammad contains a marked letter, but it is not clear which one.

Can the mystery be solved?

So far, not much can be found about the Fair Game code online. Apart from the AboveTopSecret post and two blog articles (in German) of mine, nothing seems to have been published about this mystery. If the producers of Fair Game intended to gain publicity with this code, their plan has proven unsuccessful to date.

The following diagram shows a frequency analysis of the marked letters:

The letter frequencies are consistent with a letter substitution.

After I had published my first blog article about the Fair Game code, I received an interesting comment from a reader calling himself Martin Halpin:

Martin Halpin is a character in James Joyce’s novel Finnegan’s Wake. The comment says: “Don’t focus on the yellow letters, better take them as markers for the following letters.” It is the only comment that has ever been published on Klausis Krypto Kolumne under this name. The author of this note is probably not a native speaker of German, as the words “kaprizieren”, “Letter”, and “Marker” are quite uncommon in this context.

It is certainly possible that the production company of Fair Game is behind this comment. After all, the producers have an interest in increasing the popularity of this code. In any case it would be interesting to look at the sequence of letters that occurs if one takes the characters that stand directly behind the marked ones.

Maybe my readers will be able to find out a little more about the Fair Game code. All in all, I see a good chance that this mystery can be solved.
Follow @KlausSchmeh