My recent article about Brazilian student Bruno Borges, who has mysteriously vanished and has left behind encrypted notes, has attracted much attention. Most of Borges’ notes seem to be deciphered. However, there is at least one passage that still waits to be solved.

Alien-obsessed psychology student Bruno Borges from Brazil is still missing. The 24-year old was last seen on Monday, April 3, 2017. The reasons for his disappearance are still unclear. Some even believe he has been abducted by aliens (I certainly don’t). Borges was working on a mysterious project before he vanished, asking several relatives for funding. A video of the inside of his bedroom was leaked online. Apparently, Borges turned his room into a shrine to the extraterrestrial world, while his parents were on a vacation trip. He removed all the furniture and put up an expensive statue.

What makes Borges’ vanishing interesting for this blog is the fact that he has left behind 14 encrypted books (I took them on my encrypted book list) and other encrypted notes. In my first article about Borges’ disappearance I presented two excerpts from his writings. Here they are: 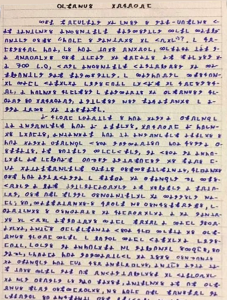 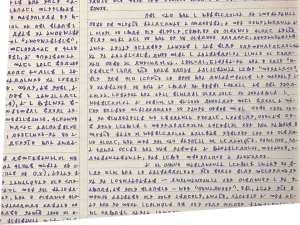 Meanwhile I have found a third excerpt online: 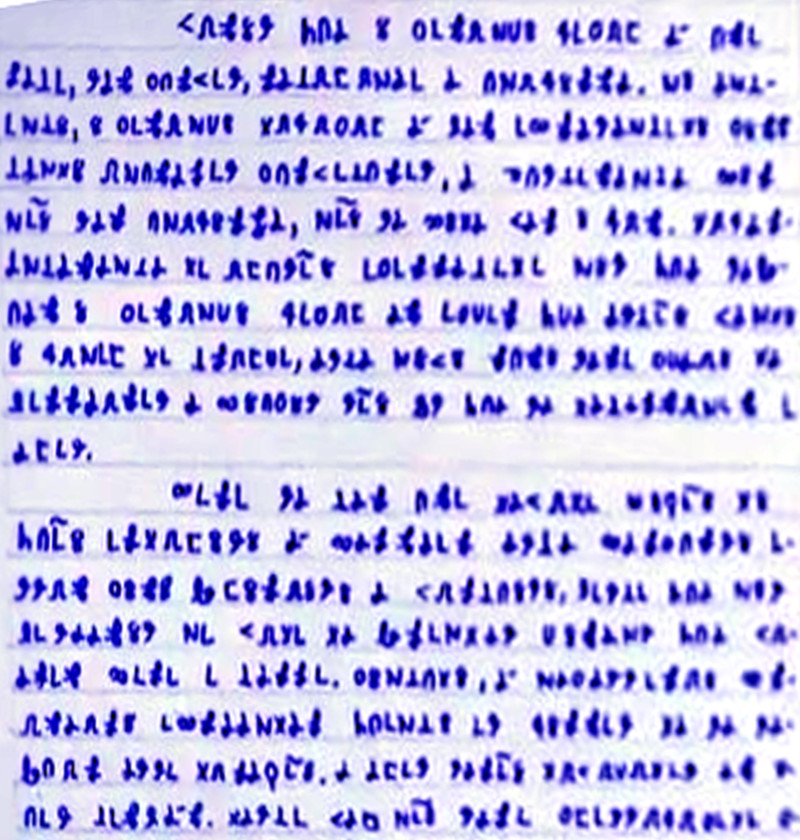 Borges’ code is solved. As I had expected, these notes are encrypted in a simple substitution code (i. e., a monoalphabetic substitution cipher, also known as MASC). Here is the substitution table (taken from a page that automatically transfers Borges’ symbols into standard letters):

The cleartext is in Portuguese. Here are a few lines of it:

the following is an English translation of this paragraph (thanks to Thomas for posting):

On one of the pictures displayed online an encrypted text can be seen that is encrypted in a different way (thanks to merzmensch for the hint): 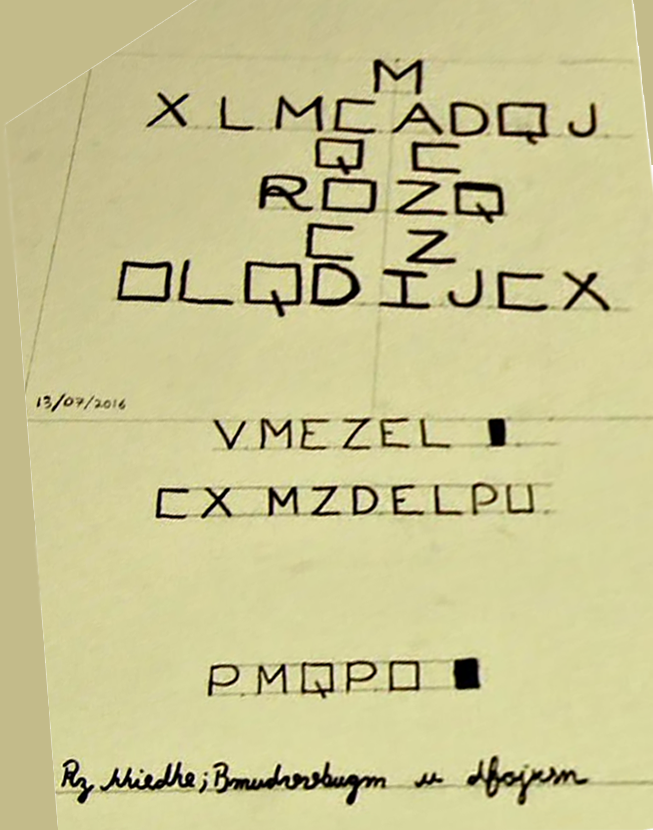 To my knowledge the solution of this note is unknown. Can a reader break it?
Follow @KlausSchmeh

Further reading: Fleissner challenge: can this cryptogram be broken?