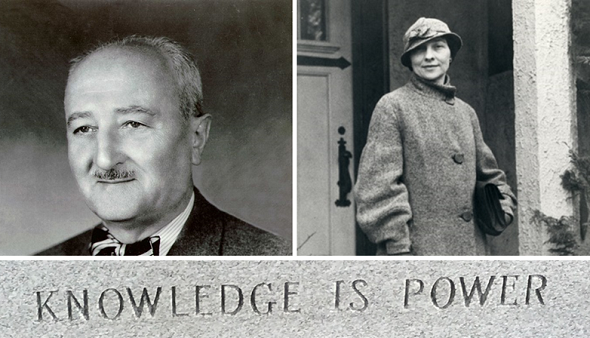 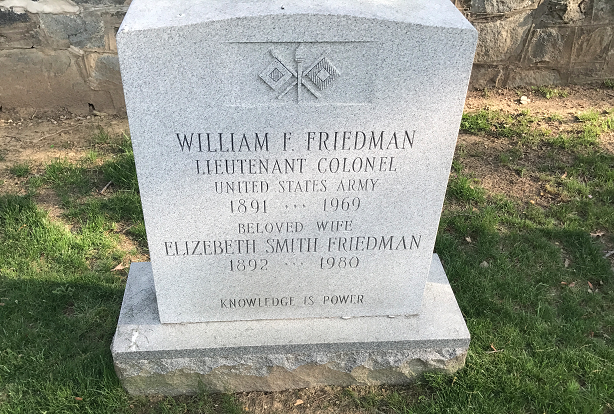 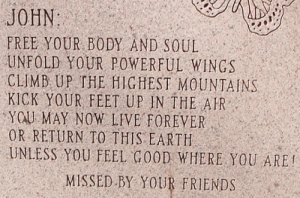 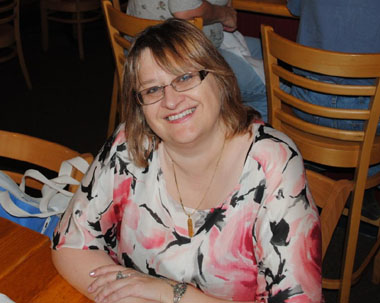 On a closer look, different fonts are used here. Some letters have serifs, some do not. For example, look at the capital E’s. If we write each letter that is with serif in italic bold letters, we get the following:

This encodes the following three letters: WFF. These are the initials of William Frederick Friedman. I admit, this is not the most interesting message in the world, but it is a nice dalliance and very typical for the Friedman’s.

Some may quibble as to whether the Os in the message were serifed or not. However, Jason Fagone, in his research in the Marshall Library where the Friedmans’ papers are stored, found a note from Elizebeth to William’s 1977 biographer R. Clark, that “WFF” was indeed the intended plaintext. 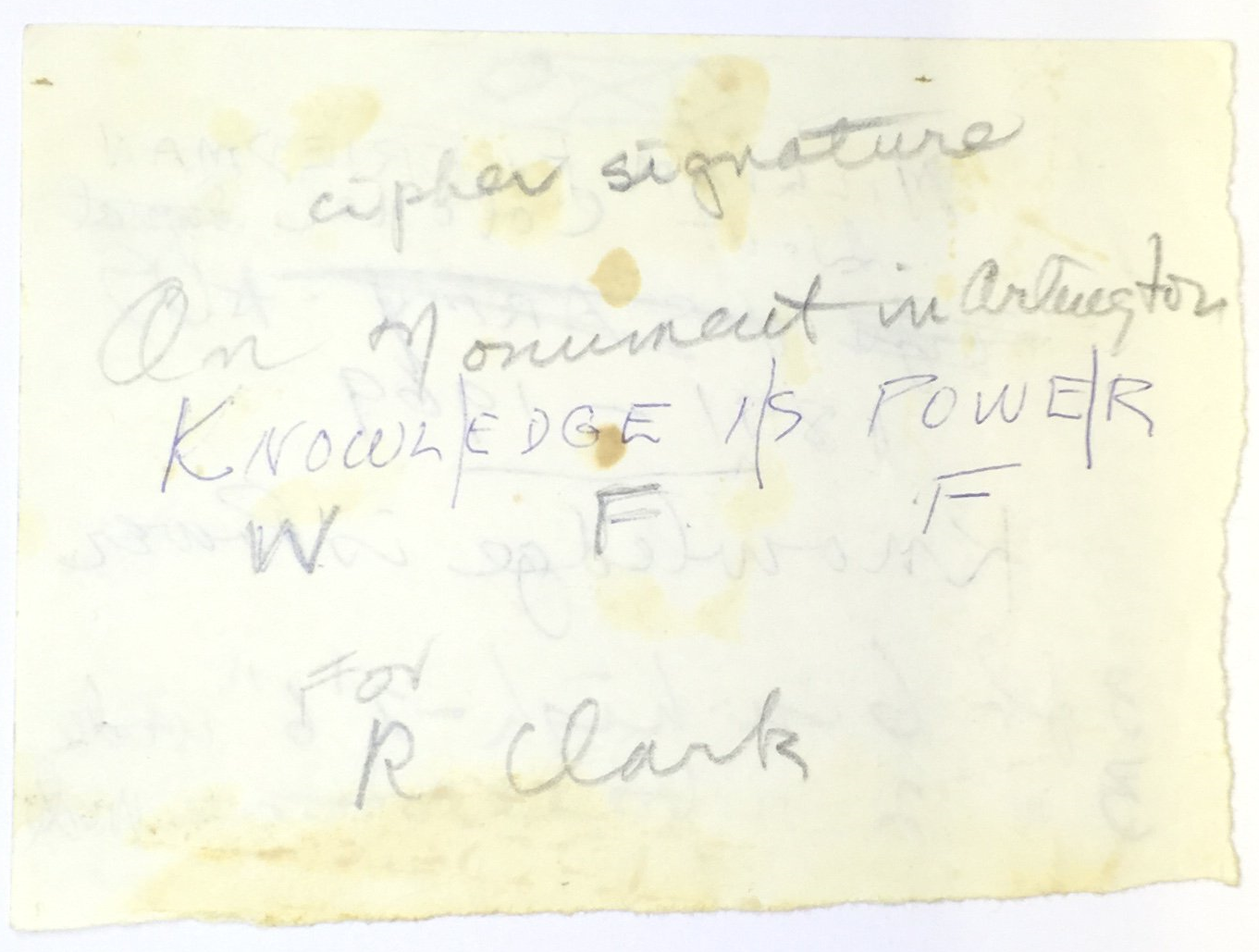 Jason Fagone, whom I met at the last Crypto History Symposium, is currently writing an Elizebeth Friedman biography titled The Woman Who Smashed Codes. Its publication is scheduled for August 2017. I can hardly wait.

Congratulations to Elonka on this great finding! The history of encrypted tombstones has to be re-written.
Follow @KlausSchmeh