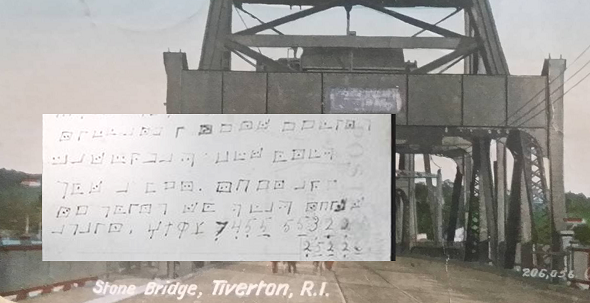 A postcard from 1910 is encrypted in three different ciphers. Can a reader solve this unusual cryptogram?

David Allen Wilson has pointed out an interesting Reddit discussion to me. It is about an encrypted postcard showing a motive from Tiverton, Rhode Island. Here’s the picture side of the card: 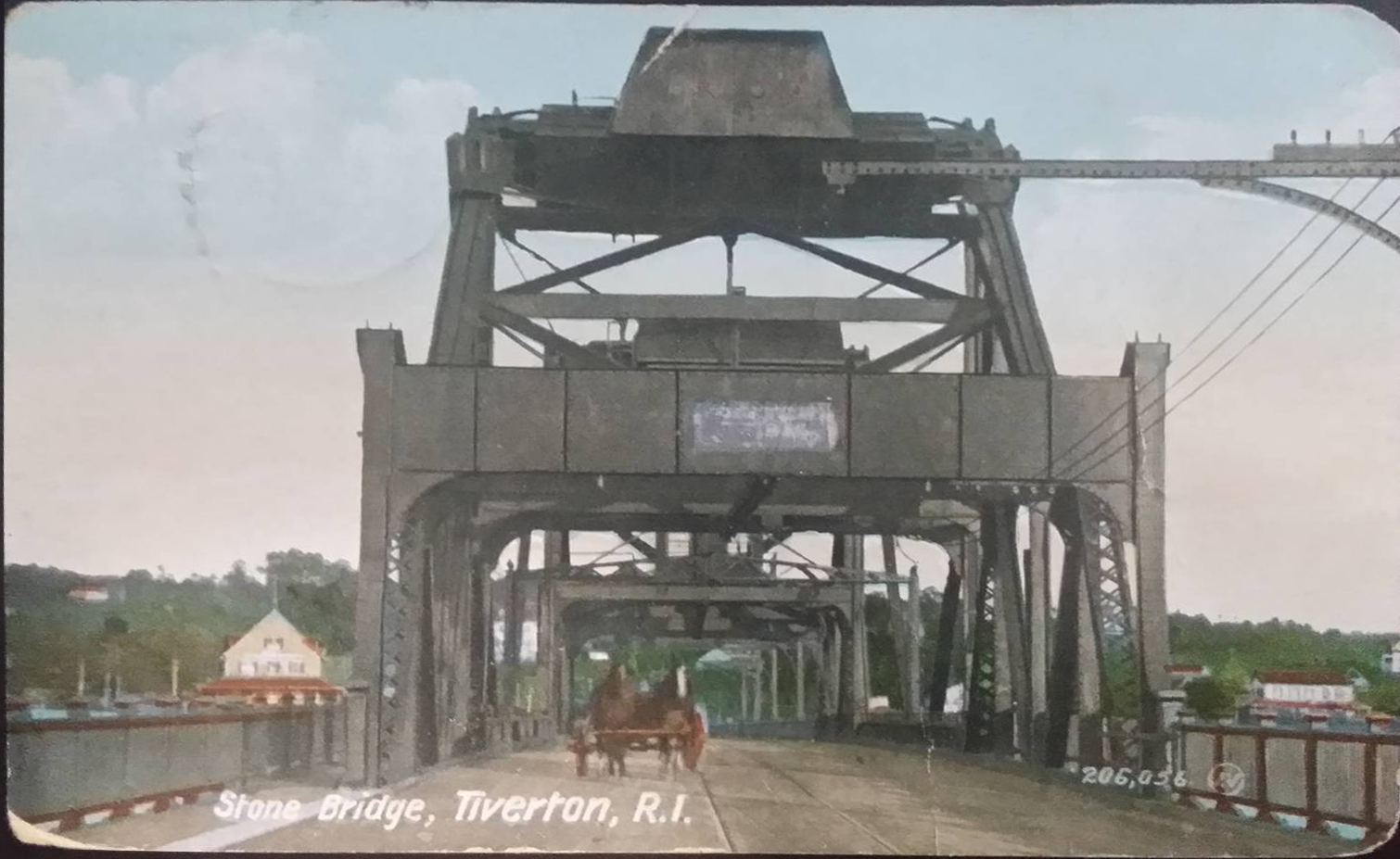 As can be seen on the address side, the card was sent to an unmarried woman named Lillian R. Blake in Fall River, Massachusetts. 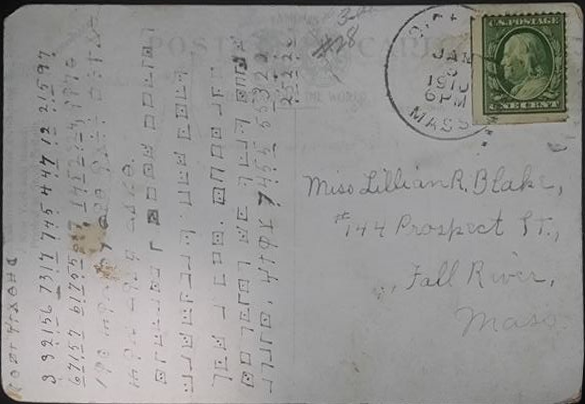 Fall River, MA, is only seven miles away from Tiverton, RI, although the two towns are located in different states. Apparently, the card was sent from a place in Massachusetts, but I can’t see which one.

The sender probably was the lover of Miss Blake (most encrypted postcards were sent by men to their spouses). He used three different encryption systems:

Probably, all three codes are simple letter substitutions. While the top line might be difficult to decipher (there are only ten characters for analysis), I’m pretty sure that my readers will be able to solve the two remaining parts. If somebody has a clue, please let me know.
Follow @KlausSchmeh