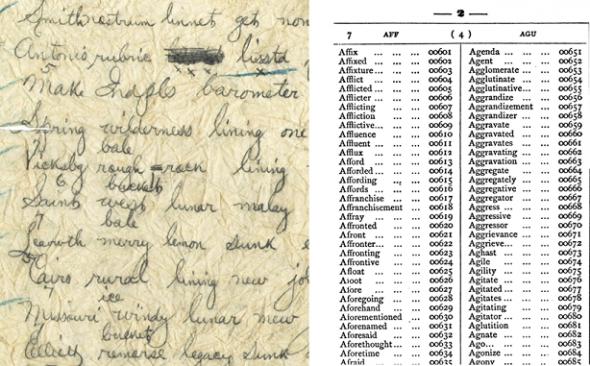 Last week I presented the mystery of an encrypted note found in an antique silk dress. Has the codebook used now been found?

A few years ago I threw the so-called silk dress cryptogram to my readers to solve. According to Nick Pelling, this happened “not unlike a juicy bone to a pack of wolves. However, their voracious code-breaking teeth – normally reliable enough for enciphered postcards and the like – seemed not to gain any grip on this silk dress cipher. So… what is going on here? Why can’t we just shatter its cryptographic shell, like the brittle antique walnut it ought by all rights to be?”

What a nice collection of comparisons and metaphores!

Last week I covered the silk dress cryptogram in my series of the top 50 unsolved ciphers. In addition, I published a help enquiry in the Yahoo discussion group Telegraphic Codes (thanks to Karsten Hansky for telling me about this forum). 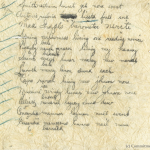 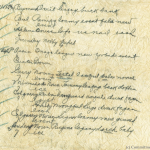 It is clear that the silk dress cryptogram was created with some kind of codebook. This codebook somehow links every frequent word of the English (?) language to a codeword (in this case “Cairo”, “Greenbay”, “Calgary”, …). It is well possible that this linking is done in several steps, e.g., each English word is mapped to a number, which is itself assigned to a codeword based on a key-dependent table. As a rule, an encrypted text like the silk dress cryptogram can only be deciphered if the codebook is known.

Much to my joy, John McVey, a member of the Telegraphic Codes discussion group, recently wrote that he had identified the codebook that was used for the silk dress cryptogram: the Telegraphic Code, to Ensure Secresy in the Transmission of Telegrams by Robert Slater (“Slater code”).

Fred Brandes, another member of the discussion group, wrote something similar: “I suspect the code words are from Slater. Do not know how it was used in that instance, however. These messages are similar to a number of telegrams that I have collected involving trades between stock brokers and banks.” Here’s a page of the Slater codebook: 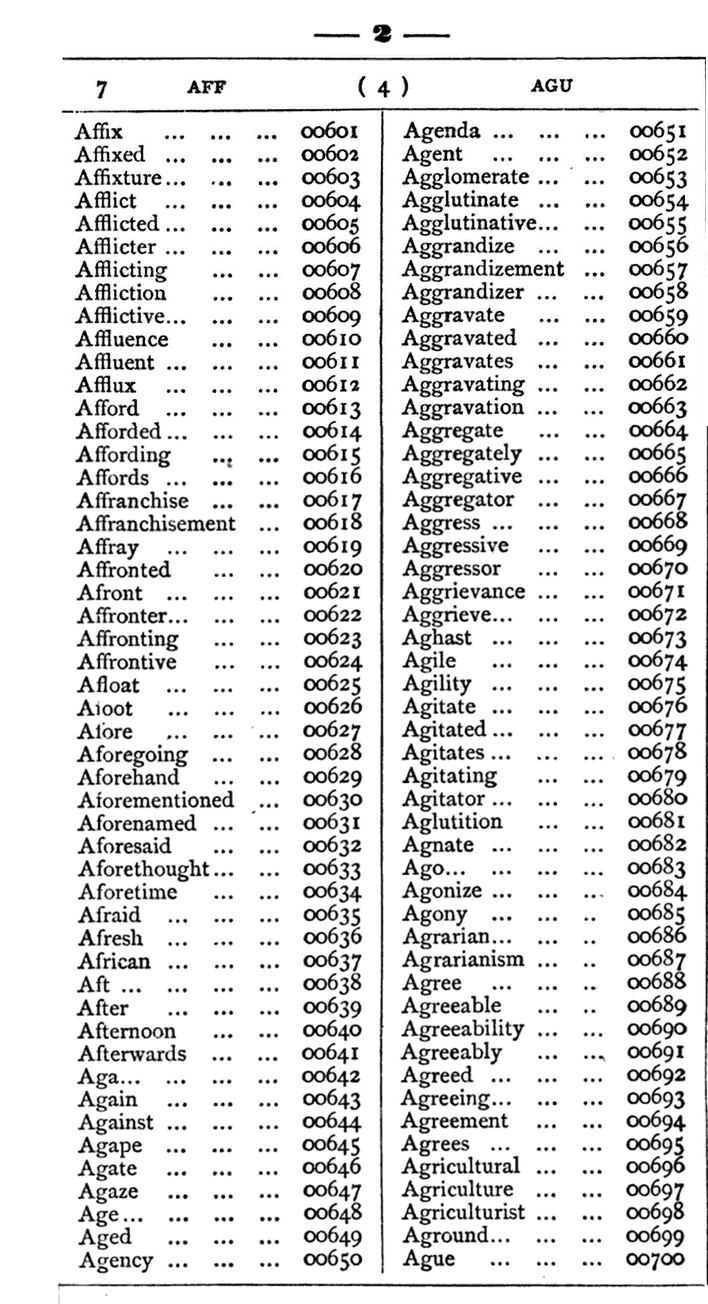 As you can see, each Slater code group is a five-digit number. It was common practice to change the code groups in a key-dependent way before use (e.g., add the current day of the month to every number) to make it more secure.

John McVey and Fred Brandes seem to be experienced codebook experts. However, it is not yet clear to me how they determined that the Slater code is the one used here. Maybe a reader can give me the answer. In addition, I would like to know how it was used.

In his blog post, Nick Pelling presents a few thoughts about the origin of the silk dress. According to a label fixed on the cloth, it be longed to somebody named Bennett.

Nick has found a plausible-sounding candidate named Margaret J. Bennett, a woman from Baltimore, MD, who died in 1900. It should be possible to find out more about her. Maybe this will lead to additional insights about the cipher.
Follow @KlausSchmeh