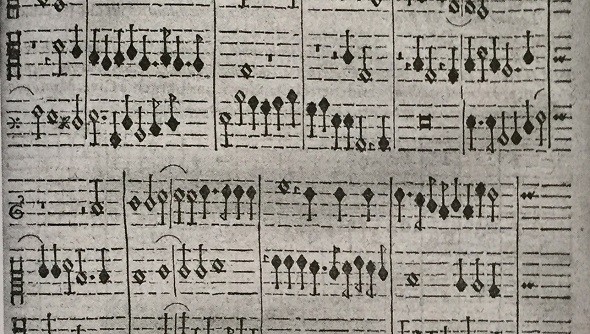 Crypto history expert Prof. Gerhard Strasser once wanted to test if a musical cryptogram from the 17th century really sounded like music. Here’s the result.

Coding a secret message in musical notes is not very difficult. With a substitution table like the following (it was was made by clergyman and cryptologist John Wilkins in the 17th century) every text can be turned into sheet music:

However, there’s an obvious problem. Notes that are assembled in order to code a secret message usually sound awkward, when played. Some cryptologists therefore tried to develop more complex musical note codes (e.g. with each letter being coded by a whole group of notes), in order to get reasonably well-sounding compositions. For instance, William Friedman once developed such a code for a Christmas card. A few more are vailable in my new book Versteckte Botschaften (2nd edition), which is going to be published soon.

One of the more advanced musical codes is described in the famous crypto book Cryptomenytices written by Gustavus Selenus (i.e., Augustus the Younger, Duke of Brunswick-Lüneburg) in 1624. For instance, the following piece is printed in the Cryptomenytices: 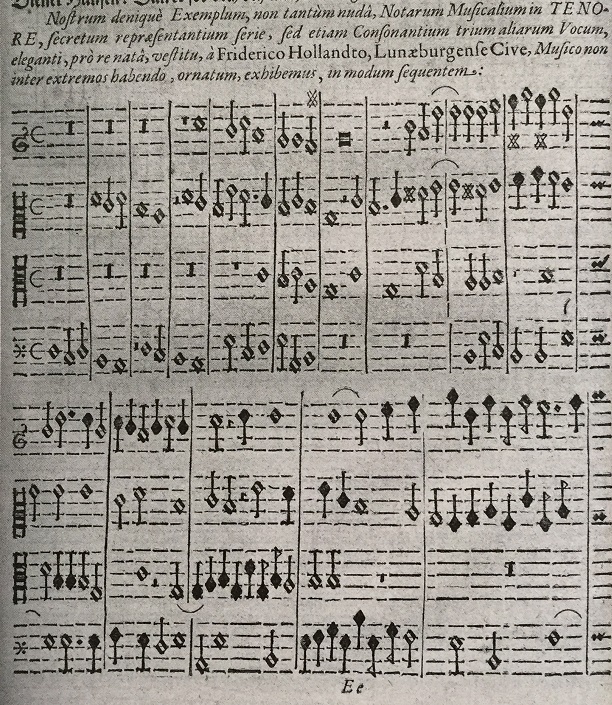 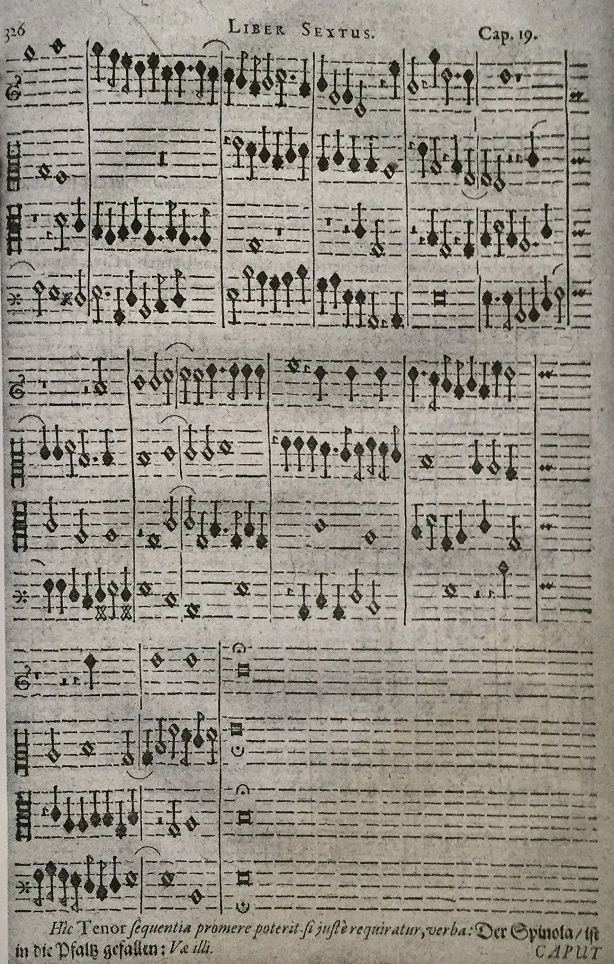 Translation: Spinola has invaded the Palatinate [1620/21]. Woe to them. 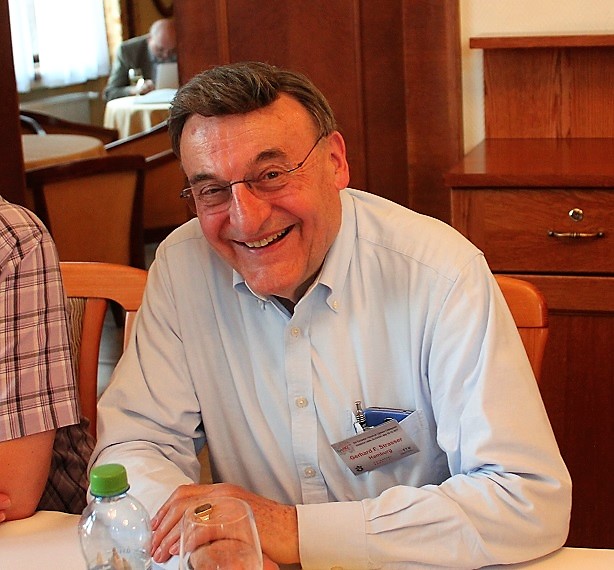 Gerhard gave a very interesting presentation about Duke August. As one of the highlights of the whole conference, he played a recording of the musical piece shown above, played by a Pennsylvania string quartett decades ago.

Thankfully, Gerhard provided me this recording and allowed me to put it on Youtube. Here’s the recording (the notes actually coding the message are marked yellow):

Considering that the primary goal of this composition was to code a message, it sounds extremely good.

Now you might ask, how exactly the musical notes code looks like. To be honest, I don’t know. I didn’t find a description in the Cryptomenytices, which are written in Latin. The book is available online (the chapter about musical codes starts on page 324). Maybe a reader can show me how the code works.
Follow @KlausSchmeh