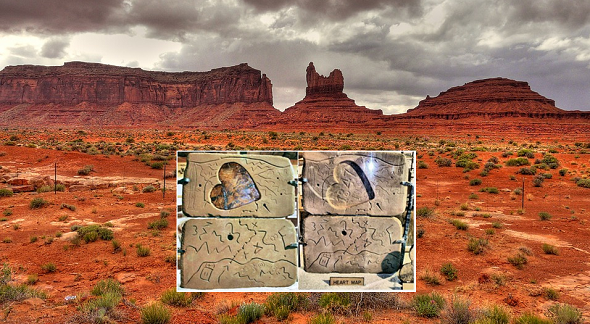 The Peralta Stones are a set of engraved stones. Some people believe they indicate the location of a lost gold mine.

Solving a cryptogram introduced on Klausis Krypto Kolumne usually doesn’t earn you money. However, there might be exceptions. The following encrypted messages are said to lead the person who deciphers them to a hidden treasure:

According to the book The Man Who Breoke Purple, master codebreaker William Friedman received many inquiries regarding encrypted treasure descriptions. I wish, these inquiries were available in some archive, but this seems not to be the case.

Thanks to a Facebook comment by Mark Buono I recently learned about another story that fits into the “treasure cryptogram” category – the Peralta Stones. 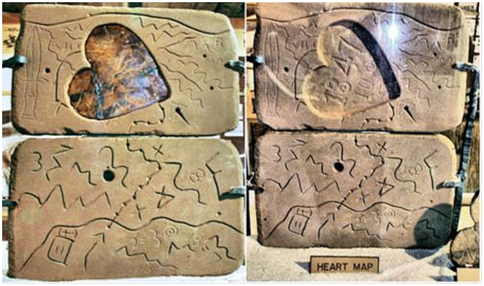