Again, a new research work about the Voynich manuscript has been published. The author believes that the famous book was created by an Italian jew. Does this hypothesis make sense? Is the author trustworthy?

This morning I gave a  presentation at cryptovision Mindshare (check here to see Twitter photos from this event), in which I mentioned the Voynich manuscript. In order to make my talk funny and entertaining, I didn’t talk much about the history and the cryptography of the manuscript. Instead, I reported on my two facsimiles – the one made with cold coffee, the other one with cold tea (dunking paper into coffee or tea makes it look old). Here’s a presentation slide I used: 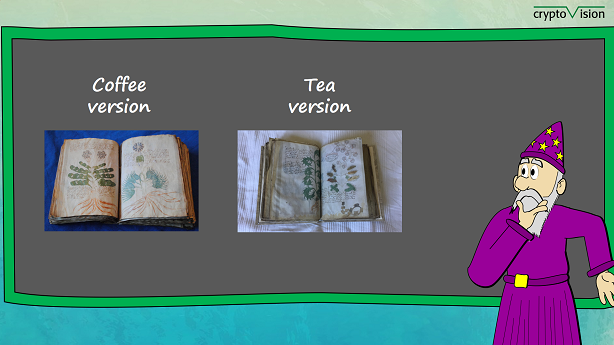 Of course, there is also more serious research work about the Voynich manuscript than my coffee and tea experiments. For instance, The Guardian recently reported on a paper written by Australian author and lecturer Stephen Skinner (not to be confused with Austrian physicist Andreas Schinner, who published a popular Voynich manuscript article in 2007). Thanks to Dr. Ralf Bülow for the hint.

According to Stephen Skinner, a number of visual clues in the Voynich manuscript suggest that the manuscript’s author was an Italian jew. Especially, Skinner refers to the pictures of naked women that are bathing in green pools supplied by intestinal-like pipes. 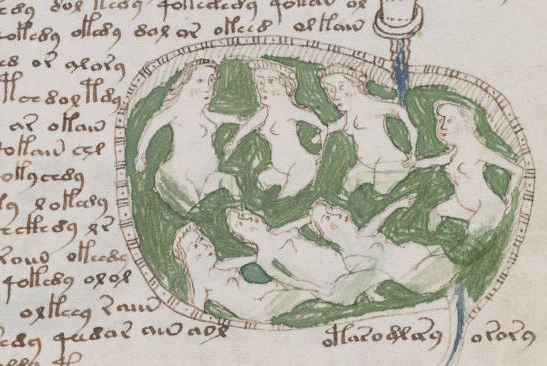 Skinner believes that these illustrations show communal Jewish purification baths referred to as “mikvah” (or “mikveh”). Mikvahs are still used in Orthodox Judaism, e.g., to clean women after birth or menstruation. The following picture shows a contemporary mikveh at a synagogue in Birmingham, Alabama:

Skinner told the Guardian: “The only place you see women like that bathing together in Europe at that time was in the purification baths that have been used by Orthodox Jews for the last 2,000 years.” He believes that the drawings show an invention designed by the unknown Voynich manuscript author that aimed to ensure an efficient supply of clean water to a mikvah. Says Skinner: “I think there is no other explanation for what they are: it is either rank fantasy by the author – which doesn’t really fit with the medical, herbal and cosmological sections of the manuscript – or it is a mikvah.”

Other evidence Stephen Skinner uses to support his hypothesis is the lack of Christian symbolism in the manuscript. In fact, the manuscript shows no religious symbols at all (other than the Codex Rohonci, another encrypted book). If the Voynich manuscript has a jewish origin, the absensce of Christian symbols can be easily explained. The absence of jewish symbols might be due to the fact that the author was afraid of the Inquisition.

According to Skinner, many of the plants depicted alongside astrological charts are medicinal herbs, such as opium and cannabis. This suggests that the manuscript author was a Jewish physician and herbalist. 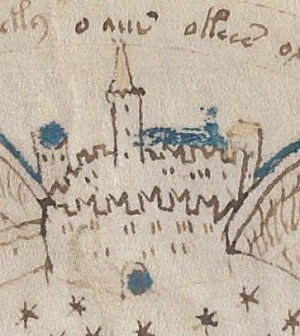 As many readers of this blog will know, the merlon argument is far from new. It has been discussed  in the Voynich scene for at least a decade.