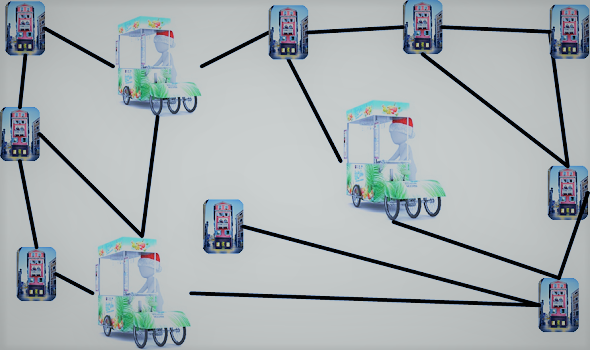 Today I am going to introduce a simple asymmetric encryption system. It’s not suitable for practical use, but very helpful for explaining how public key cryptography works.

Suppose we have a map showing 12 cross sections, which are connected via a number of streets. 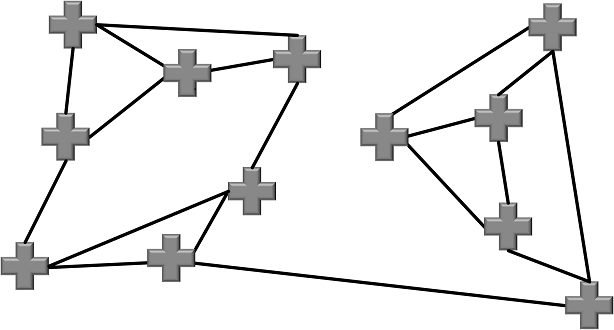 Here’s a solution to this puzzle: 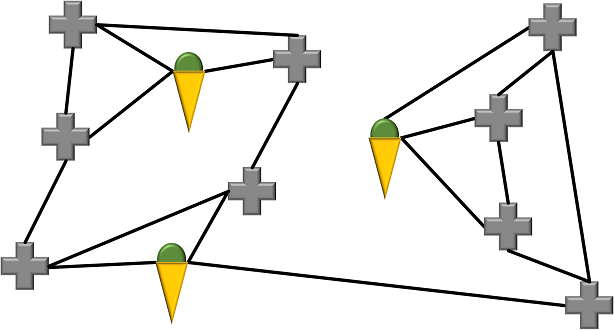 The Ice Cream Van problem (also known as the Minimum Dominating Set problem) is quite difficult to solve, especially if we deal with, say, a few hundred cross sections with each ice cream van needing to be connected to, say, exactly ten of them.

Readers with a mathematical background certainly know that the Ice Cream Van problem belongs to graph theory. It is NP-complete.

Based on the Ice Cream Van problem one can define a public key encryption system (a more detailed description is available here).

In the first step, Alice creates an Ice Cream Van puzzle. She uses the map with the ice cream vans as her private key, while the map version with no vans shown serves as public key. We’ll use the maps shown above.

Now suppose that Bob wants to encrypt the message “71” to Alice (this is a very short message consisting of only one number; if we use larger maps, larger numbers can be encrypted). To do so, Bob marks each cross section in Alice’s public key with a number, such that all 12 numbers sum up to 71. 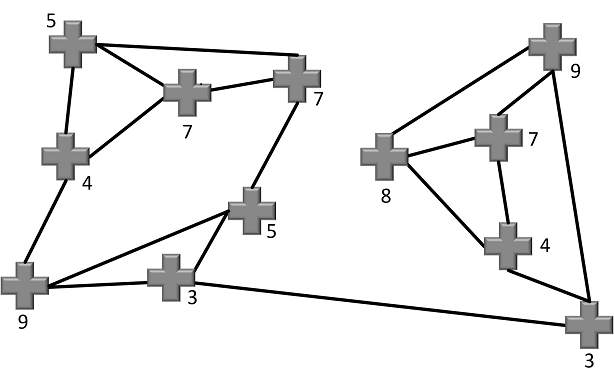 In the next step Bob adds to each number the sum of this number and the numbers of the three neighbors: 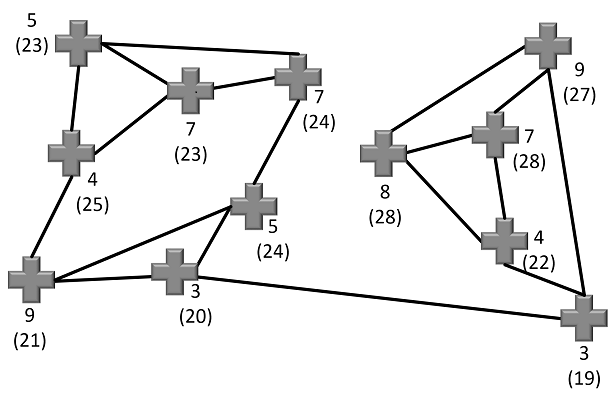 Next, Bob deletes the original numbers and sends the map with the sums to Alice: 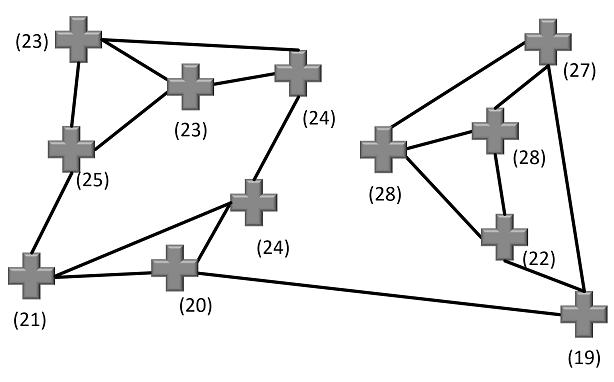 For an eavesdropper it is not possible (or at least pretty difficult) to derive the message (“71”) from this infomation. However, for Alice it is easy. All she needs to do is sum up the bracketed numbers asserted to the ice cream vans (note that the position of the vans is only known to Alice): 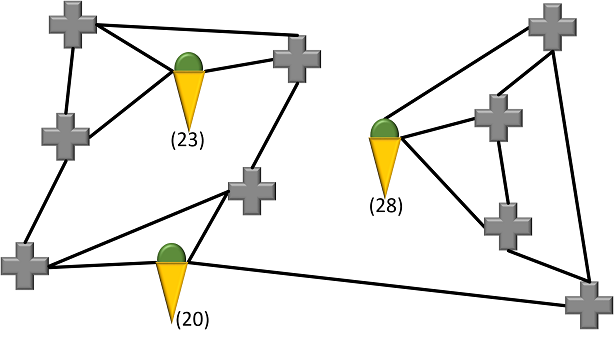 In theory, the Ice Cream Van crypto system works quite well. For instance, it can be used to transmit an encrypted key for a symmetric cipher. However, mathematicians have found a way to break this method (this attack is explained in the paper I used as the source for this post). Nevertheless, the Ice Cream Van crypto system is very helpful for explaining how public key encryption works. Even school children can understand this algorithm. So, before you try to explain RSA or Elliptic Curve crypto systems to somebody, it might make sense to give an introduction to the Ice Cream Van algorithm first.
Follow @KlausSchmeh

Further reading: How a spy hid a message in an alleged chess problem