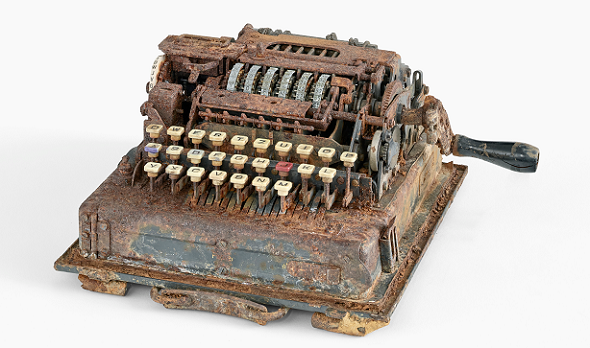 The SG-41, also known as Hitler Mill, was the successor of the Enigma encryption machine. Detectorists have now found a specimen in a Bavarian forest. 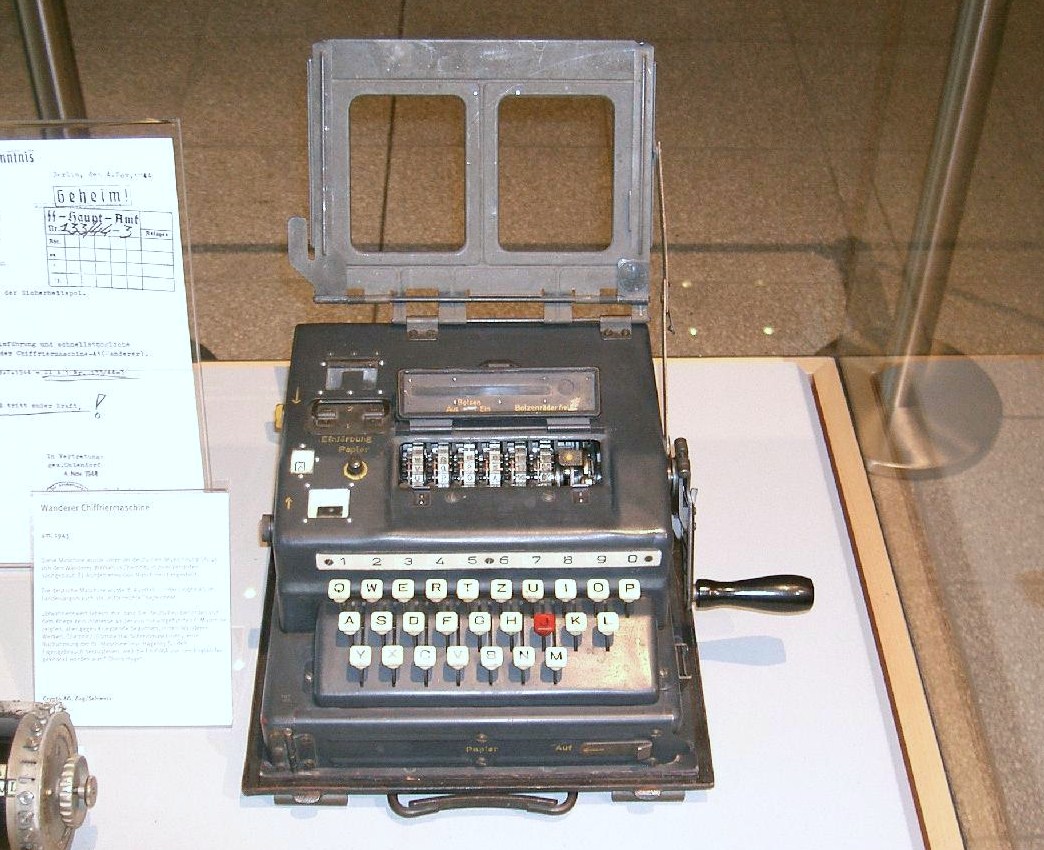 However, this initiative to replace the Enigma came too late. Only around 500 Hitler Mills were produced in the last phase of the Second World War, which was by far not enough to replace all Enigmas (it is estimated that almost 30,000 Enigmas were in existence).

The Hitler Mill worked completely different than the Enigma. The encryption mechanism was similar (however with important improvements) as the one of the Hagelin BC-38. The Hitler Mill is generally regarded as unbreakable with the codebreaking means available in the 1940s. If the Germans had introduced this machine earlier, the last years of WW2 would have taken a different course.

A Hitler Mill in the forest

Now, according to a press release of the Deutsches Museum in Munich, two hobby treasure hunters have discovered a Hitler Mill in a forest near Munich – and handed it over to the Deutsches Museum (thanks to Wolfgang Bartsch, Dennis Penne, Tobias Schrödel and Dr. Ralf Bülow for the hint). Considering that this machine was lying in the forest for over seven decades, it doesn’t look too bad (photo courtesy of Deutsches Museum/Konrad Rainer): 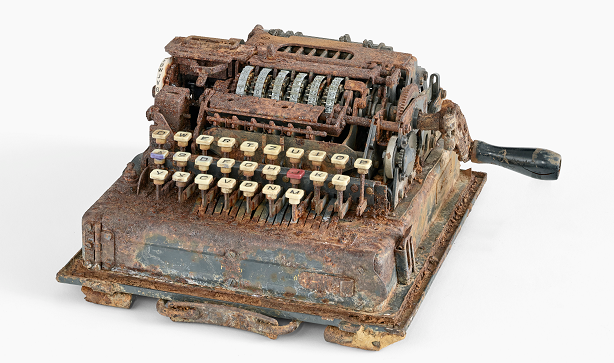 The Deutsches Museum has an interesting crypto collection. However, it is currently not on display.

The two finders, Max Schöps and Volker Schranner, made their discovery in May this year. Searching for vintage objects in the ground with a metal detector is their hobby. The Hitler Mill they found was located in about 40 centimeters depth. Says Schranner: “I was disappointed at first because I thought: we have discovered a field type writer used by soldiers in the Second World War.” Only later the two realized that they had made the finding of their lives. 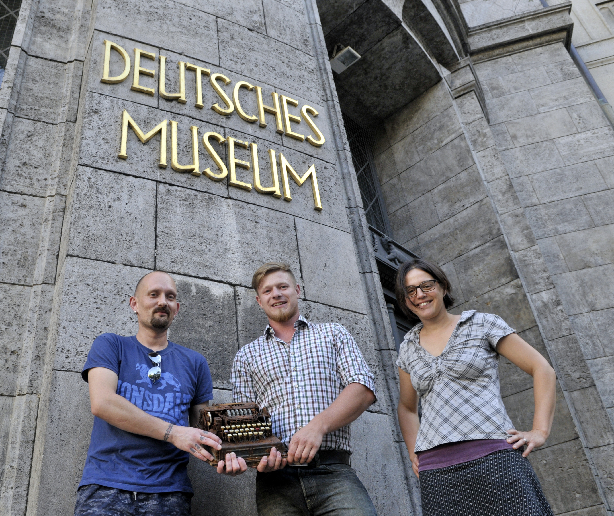 The Hitler Mill is today, of course, much rarer than the Enigma. The following picture shows a specimen exhibited in the typewriter museum of Partschins in northern Italy (the first picture of this article shows a Hitler Mill in the HeinzNixdorf MuseumsForum in Paderborn, Germany): 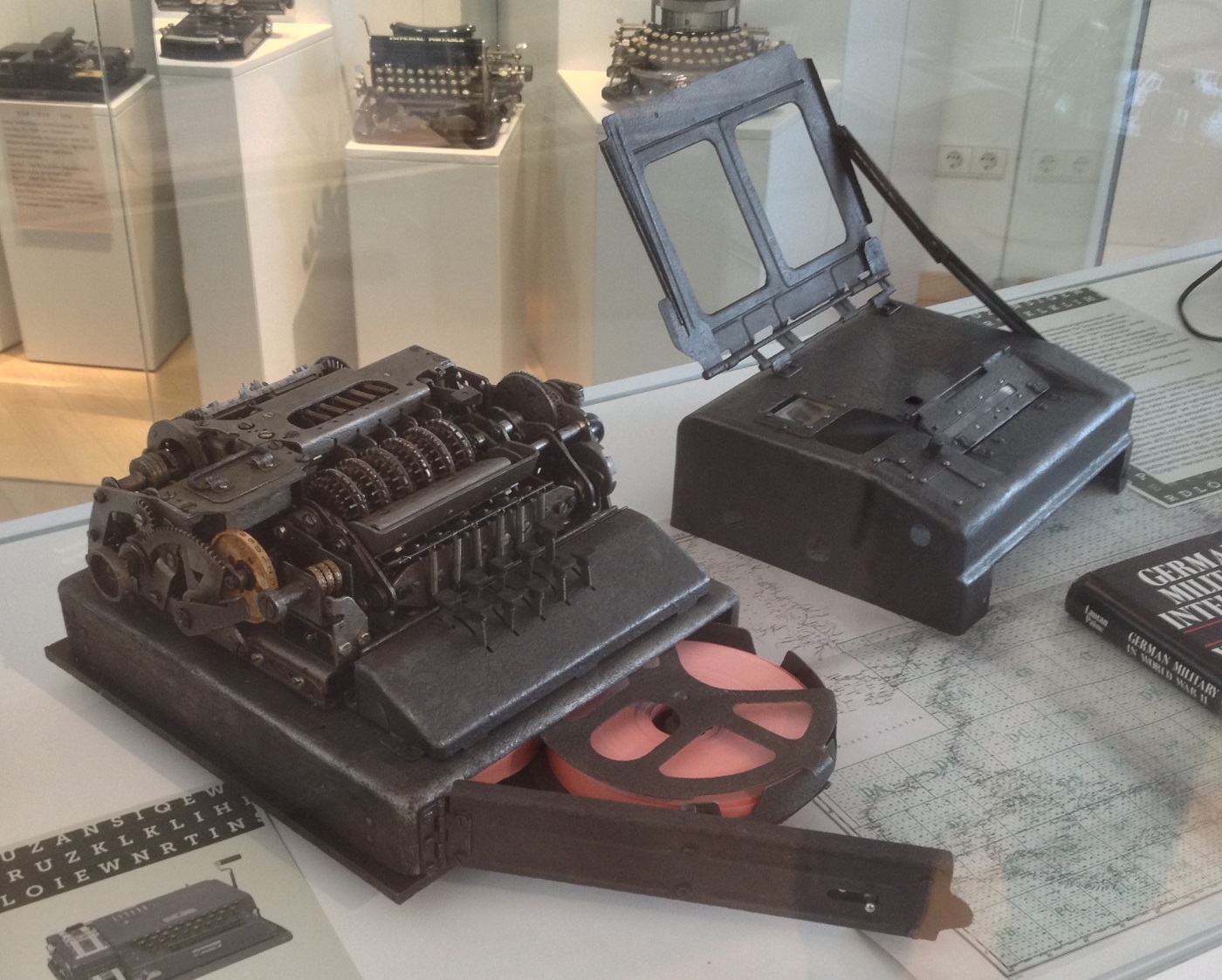 At the end of the war, many cipher clerks followed the instructions and distroyed their machines before they got into the enemy’s hands. For this reason, damaged encryption machines (especially Enigmas, as shown here on the website of Tom Perera) are sometimes found in forests or lakes. The following broken Hitler Mill, which was probably lying in water for decades, is on display in the typewriter museum in Partschins: 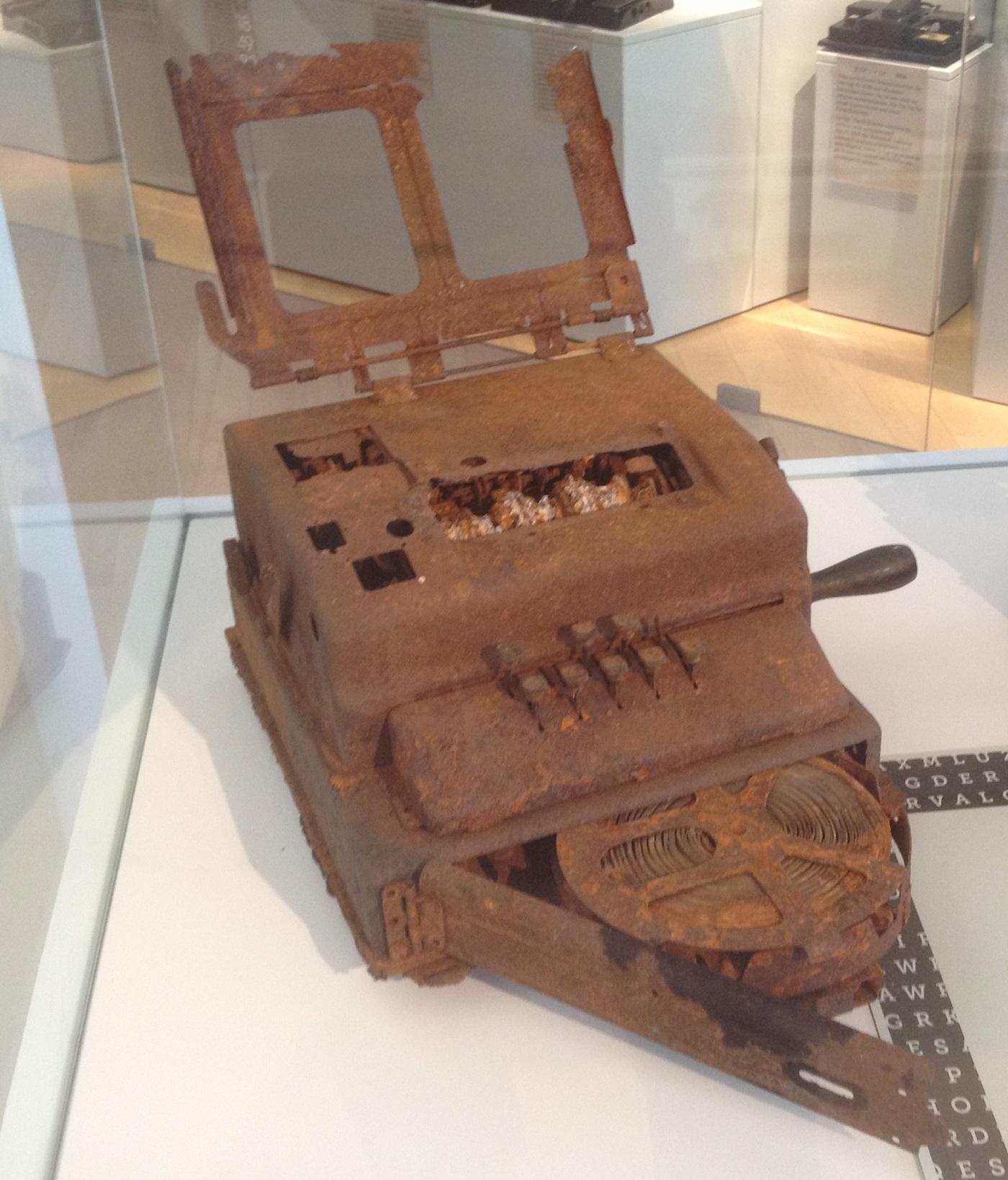 Here’s another Hitler Mill that was dumped after the war and found decades later (the picture was taken at the HAM Radio in Friedrichshafen): 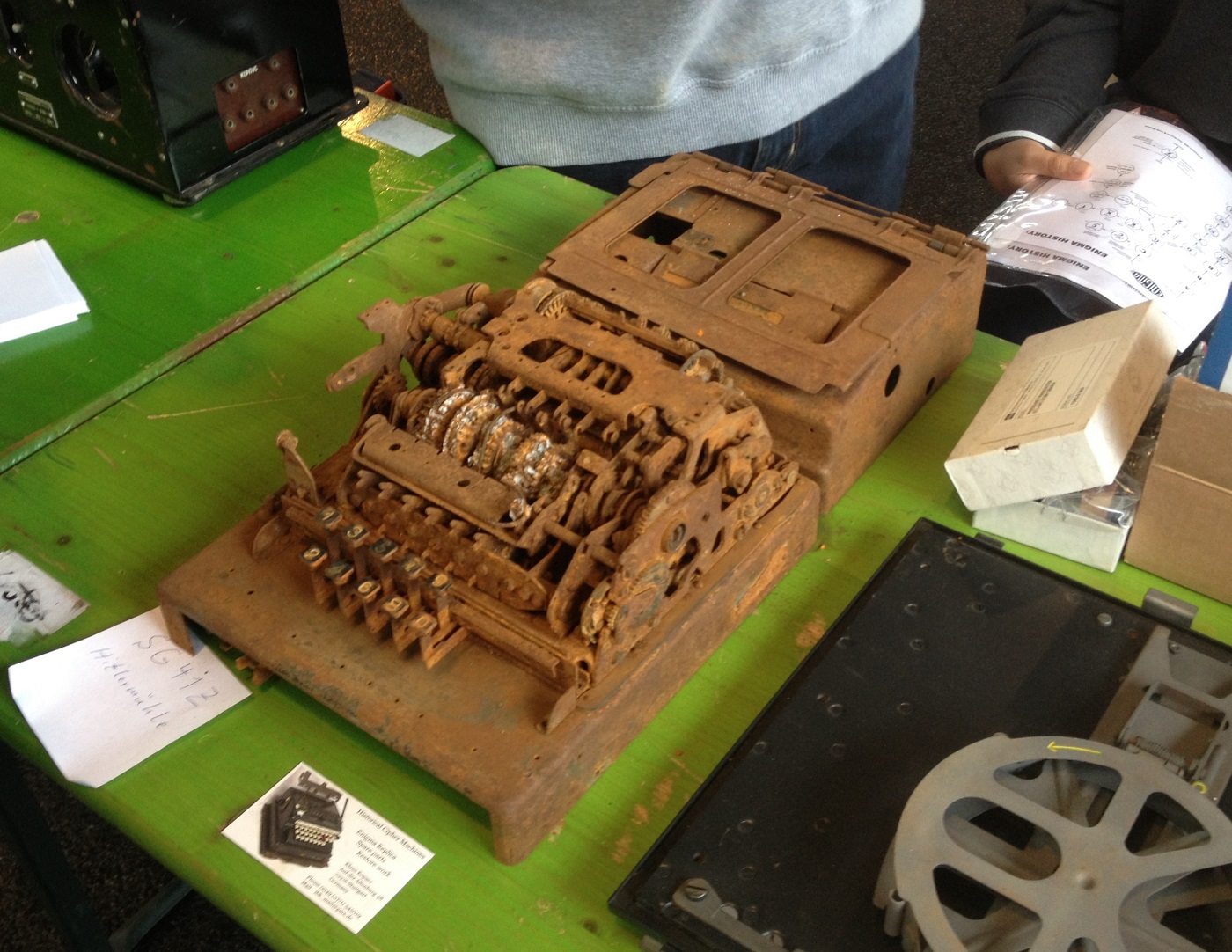 The codes and cipher exhibition at the Deutsches Museum is scheduled to re-open by the end of 2019. I’m sure, the now-found Hitler Mill will be a part of this collection.
Follow @KlausSchmeh