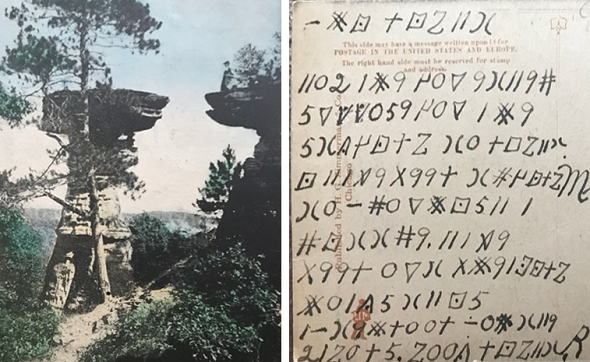 A postcard from 1909 bears an encrypted message and an unusual spelling of a remarkable rock. Can a reader solve these mysteries?

One of the nice things about writing this blog is that I’m tought a geography lesson once in a while. This time an encrypted message has taken me to a place named Stand Rock near Kilbourn in the US state of Wisconsin. The following picture is from the 19th century, but the rock probably still looks the same today (the person on the picture is the son of the photographer, by the way): 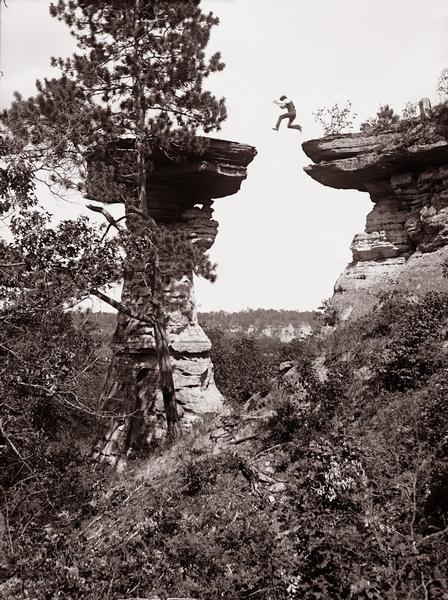 Here’s a video of the same place. It proves that dogs are sometimes more reasonable than humans.

On Reddit the following postcard showing Stand Rock was published recently (thanks to David Allen Wilson for the hint): 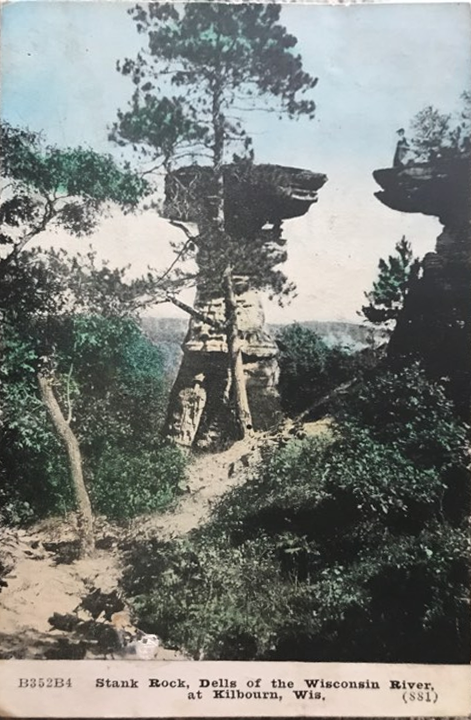 Suprisingly, the place is called “Stank Rock” here. Is this a typo? Or is it an old name of the rock? In addition, it would be interesting to learn what B352B4 and 881 mean? Maybe a reader knows more.

However, this postcard was not published on Reddit because of the strange spelling and the cryptic character sequences. In fact, the reason is the text side of the card, which looks as follows: 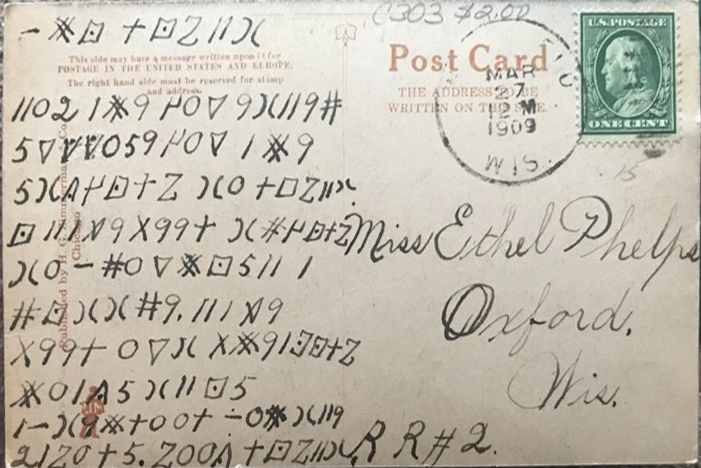 Apparently, this postcard is encrypted. It was sent by an unknown person to some Ethel Phelps in Oxford, Wisconsin. Oxford is located some 20 miles away from Kilbourn. As can be seen on the stamp, the card was sent on March 27, 1909. The name of the place is not readable (it could be Oxford, too).

Experience shows that most encrypted postcards were sent by young men to their spouses. Considering that the recipient was female and unmarried (indicated by the word “Miss”), I am pretty sure that this is the case here, too.

The encryption method used by the unknown sender is probably a monoalphabetic substitution cipher (MASC). The spaces between the words are not visible (or at least hard to spot), which makes deciphering a little more difficult. Apart from this, I don’t think this cryptogram is hard to break. Can a reader solve it?
Follow @KlausSchmeh