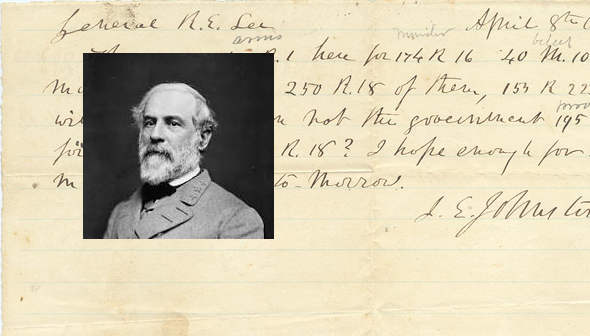 In April 1862 Civil War general Robert E. Lee received an encrypted note from a Joseph E. Johnston. According to the library that owns this document, the encryption is unsolved.

American readers of this blog certainly know who Robert E. Lee (1807-1870) was. Lee is considered the most important Southern States general of the US Civil War. 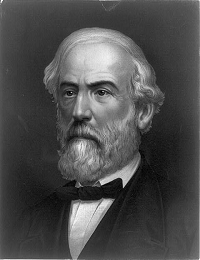 Last year I blogged about an encrypted note Robert E. Lee sent to a fellow general named Alexander Lawton in 1864. The owner of  this dispatch, a private collector, asked US professor Kent Boklan if he could break the cipher. Kent, whom I had the pleasure to meet last year in New York, was successful.

An  encrypted message sent to Lee

Besides my readers, Google is my best source for interesting stories to blog about. When I searched for the term “diary in cipher” yesterday, one of the pages that showed up was the “Civil War day by day” site of the Louis Round Wilson Special Collections Library at the University of North Carolina. On this site an encrypted note sent to Robert E. Lee is shown. It has got nothing to do with a diary (I don’t know why Google thinks it has), but it is quite interesting. Here’s the note:

The note was sent by Joseph E. Johnston, another Civil War general, in 1862.

On the website the following description can be read: “Cipher sent from Gen. Joseph E. Johnston to Gen. Robert E. Lee. The coded message appears to be a note regarding the supply of arms to Johnston’s command, which in April 1862 was engaged in the fortification and defense of Richmond. As there is no key for deciphering the message, the exact meaning of the note is unclear.”

A code or nomenclator?

The website that introduces this cryptogram is dated 2012. I’m quite surprised that I never heard of it. As it seems, it was never mentioned in the crypto history literature or in any discussion forum I follow. It goes without saying that the solution is not known to me.

Encryption played an important role in the US Civil War. At least a dozen ciphers from both sides of the conflict are known. Virtually all of them are pretty weak. This message to Robert E. Lee is the only unsolved Civil War cryptogram I am aware of.

The Johnston cryptogram, as I  will call it, mainly consists of two digit and three digit numbers. These numbers might have been taken from a codebook or nomenclator. If so, the Johnston cryptogram might be pretty difficult to solve. Above some of the numbers a word is written. Are these words the correct translations of the respective codegroups? The website doesn’t explain the origin of these additional notes.

Can a reader say more about this cryptogram? Any help is welcome.
Follow @KlausSchmeh