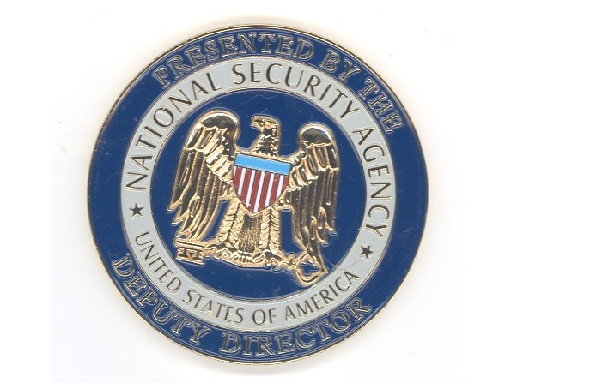 The NSA Symposium on Cryptologic History 2017 featured a number of very interesting presentations. Here are videos of a few of them. In addition, I will introduce three crypto puzzles I encountered at the symposium.

This year’s NSA Symposium on Cryptologic History was, like always, a great event. As many of the attendants and some of the speakers have a military or intelligence background, it is forbidden to take photos or videos at the symposium without permission of the persons depicted. It is not even allowed to quote a speaker without permit. As a consequence, there are no official videos of any of the talks.

However, some of the speakers recorded their talks on video themselves. In the following, I present all the symposium videos I am aware of. In addition, here are the slides of the talk And a Lurking League of Letter Openers: the Austrian Black Chamber given by Marty Busse.

Already three days before the symposium Elonka Dunin gave a great introduction on the message hidden on the gravestone of William and Elizebeth Friedman (I published an earlier version of this video a few days ago; this new version is a lot better).

Richard SantaColoma: Is the Voynich Manuscript a modern forgery?

At the symposium Richard SantaColoma gave a talk about the question whether the Voynich Manuscript is a forgery. This talk was not recorded, but Richard made a slideshow video of it afterwards.

Just like the Voynich Manuscript, the Zodiac Killer is one of the most popular topics in crypto history. Dave Oranchak talked about alleged hidden messages in the second Zodiac cryptogram:

I was featured with two symposium presentations this time. The first one took place at 8 am on the second day. For all who missed this talk because it was too early morning here’s a video:

Klaus Schmeh: The Use of Steganography in World War I

My second talk took place around noon. Here’s a video:

On the day after the symposium Bill and Jew-Lee Briere gave a great presentation at the NSA museum about William and Elizebeth Friedman. Both Friedmans were successful codebreakers. The talk was dedicated to their 100th wedding anniversary. 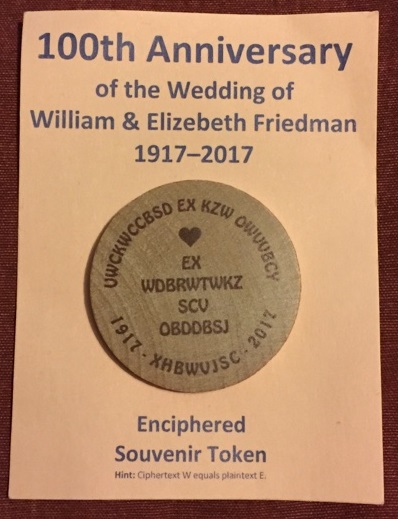 Just like William and Elizebeth, Bill and Jew-Lee met at a group that occupied itself with secret codes. In the Friedmans’ case, it was a research group in the Chicago area seeking for secret messages in Shakespeare’s works. Bill and Jew-Lee met in Elonka Dunin’s Kryptos group. So, there certainly was nobody who could do this presentation better than the two. To my regret, Bill’s and Jew-Lee’s marvelous talk was not recorded on video. So, all I can do is introduce two crypto challenges the two have created. The first one is shown above. Here’s the second one: 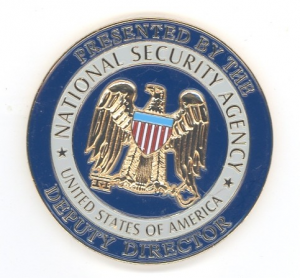 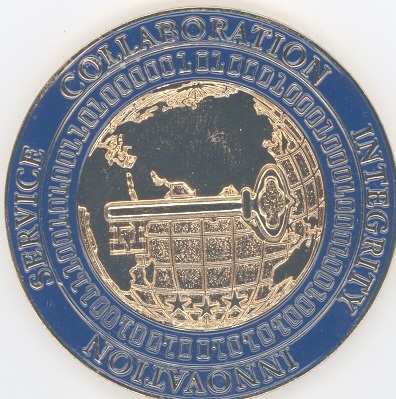 This coin bears a message in a binary code. Can you decipher it?
Follow @KlausSchmeh