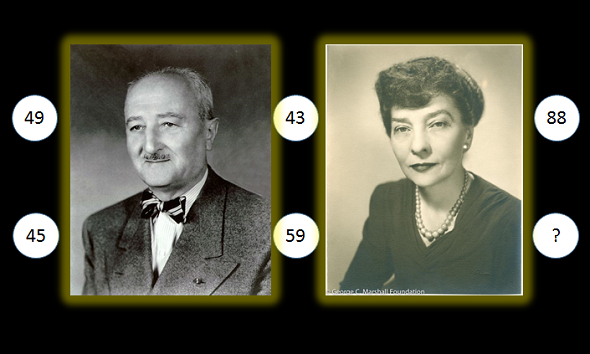 Codebreaker genius William Friedman needed 15 minutes to break this cryptogram. His wife Elizebeth, an outstanding cryptanalyst in her own right, needed 17 minutes. How fast can you solve it?

2017 will be remembered as a year, in which many interesting crypto history books were published. The most important one is, of course, Craig Bauer’s Unsolved, which covers the most famous unsolved cryptograms.

At the NSA Symposium in Cryptologic History I listened to a talk by Yudhijit Bhattacharjee, who has recently published a book about spy Brian Regan (check here for a blog post I wrote about this guy) titled The Spy Who Couldn’t Spell. Meanwhile I have read this book. It is very interesting, not only because it contains information about the encryption methods Regan used. I plan to blog about this book over the next few weeks. 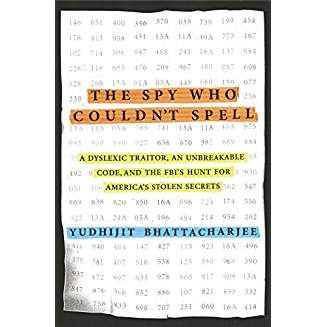 Another book author I met at the NSA Symposium is Jason Fagone. Jason has recently published a biography of Elizebeth Friedman (titled The Woman Who Smashed Codes), who is certainly known to many readers of this blog. Elizebeth Friedman (1892-1980) not only was the wife of the legendary codebreaker William Friedman but she also was a great cryptanalyst in her own right. The Woman Who Smashed Codes is a great book about an unusual woman. 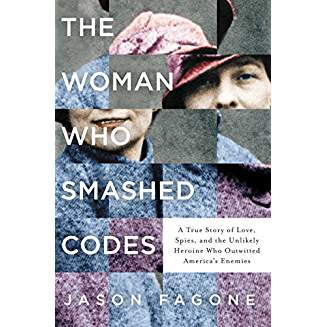 There’s another book about Elizebeth Friedman that was recently published. One of the authors was at the NSA symposium, too. This book is available for download here (I was a little surprised to find a PDF version online; I haven’t taken a closer look at it yet).

One of the stories told in Fagone’s Elizebeth Friedman book is about an encrypted text Elizebeth and William looked at during the first months of their joint codebreaking work. This cryptogram had been published in the literary magazine Pall Mall about 20 years earlier. No solution was given. “The meaning of the cipher which now follows will never be solved by anyone,” the Pall Mall author wrote.

William took the challenge and tried to solve the allegedly unsolvable cryptogram. Within 15 minutes he deciphered the message. Fagones book provides the solution (an English cleartext consisting of 20 letters, which probably means that every two-digit number stands for a letter), but it doesn’t tell what kind of encryption method was used.

Of course, Elizabeth tried her hand, too. She needed 17 minutes to decipher the “unbreakable” ciphertext.

Can you solve this cryptographic challenge, too? If so, how long do you need?

I have tried to find the Pall Mall article from 1896 (it is about ciphers used by anarchist opponents of the Russian czars) online, but to no avail. According to Fagone’s book it is available at the Hathi Trust Digital Library. Can a reader help me to find it there or somewhere else?
Follow @KlausSchmeh

Further reading: Who can solve these encrypted Christmas cards from the 1920s and 1930s