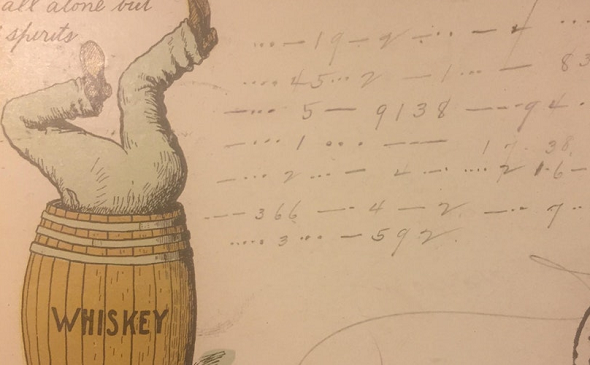 A postcard from 1906 is written in a combination of Morse code, numbers, and letters. Can a reader solve this unusal cryptogram?

Over the last few years, I frequently blogged about encrypted postcards. Postcards written in code were quite popular in the early 20th century, when other means of communication (e.g., telephone, telegrams) were not available or expensive. Most of these encrypted messages were sent by young men to their spouses.

Blog reader Thomas Bosbach has now pointed out another interesting encrypted postcard to me. This one is discussed on Reddit. 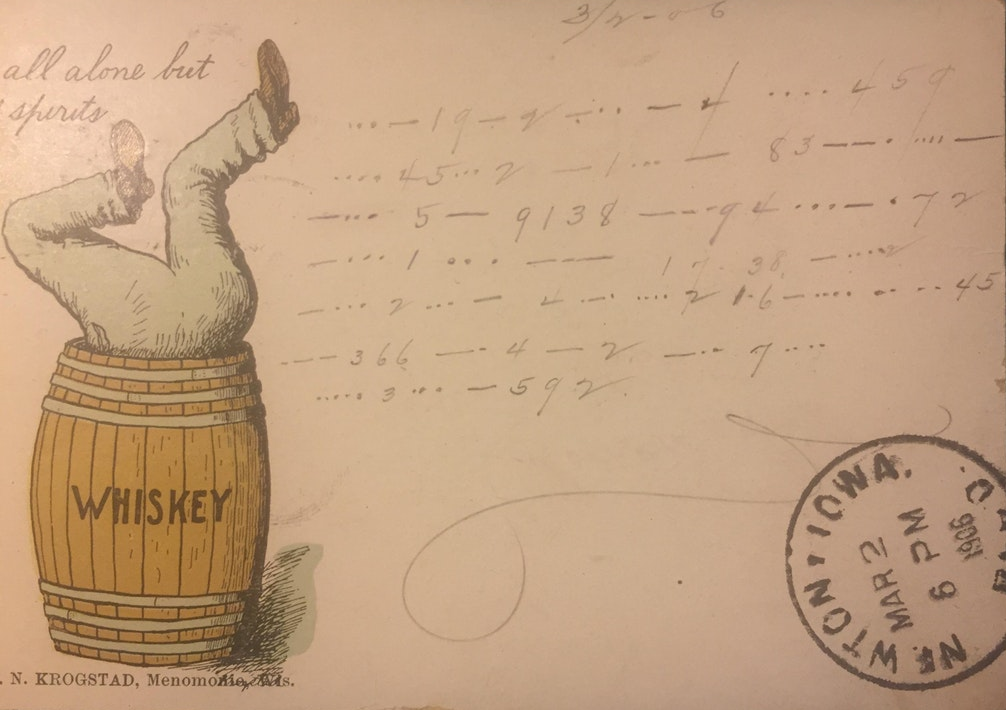 As can be seen, this postcard was stamped in Newton, Iowa, on March 2, 1906. Newton is a suburb of Des Moines. The card was apparently designed by an artist named Chris N. Krogstad from Menomonie, Wisconsin. A Google search reveals that Krogstad designed a number of different postcard motives at that time.

The ciphertext looks quite unusual. It’s a mixture of Morse characters, numbers, and letters. The card bears something that looks like a signature, but it’s not readable. Not much else can be seen on this scan. I don’t know who the sender and the receiver of this postcard were. The rearside of the card is not available in the Reddit forum.