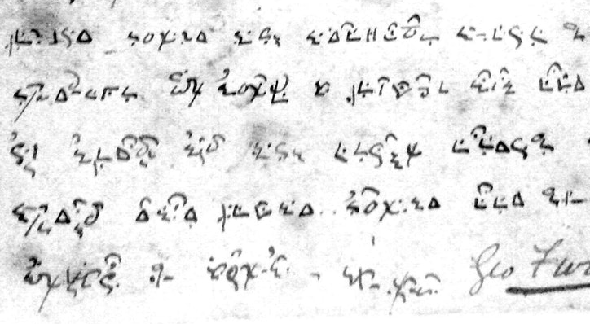 In 1873 George Furlong, official at the soccer club Luton Town FC, sent an encrypted letter to his sister. Can a reader break this encryption?

The last unsolved cryptogram I introduced on Klausis Krypto Kolumne was a postcard published on Reddit. 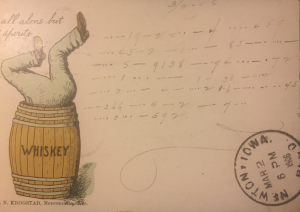 Although this one was quite tricky (it involved Morse code, numbers and ordinary letters), it was solved quickly. Blog reader Torbjörn Andersson from Sweden posted the cleartext on the day after. Congratulations and many thanks! I have never met Torbjörn personally, but the next HistoCrypt, which will take place in Upsala, Sweden, might be a good opportunity.

An encrypted letter from a Luton Town FC official

Soon after I had published my post about the strange postcard, blog reader Thomas Bosbach sent me a link to another crypto mystery published on Reddit (thank you very much, Thomas). This one is an encrypted letter: 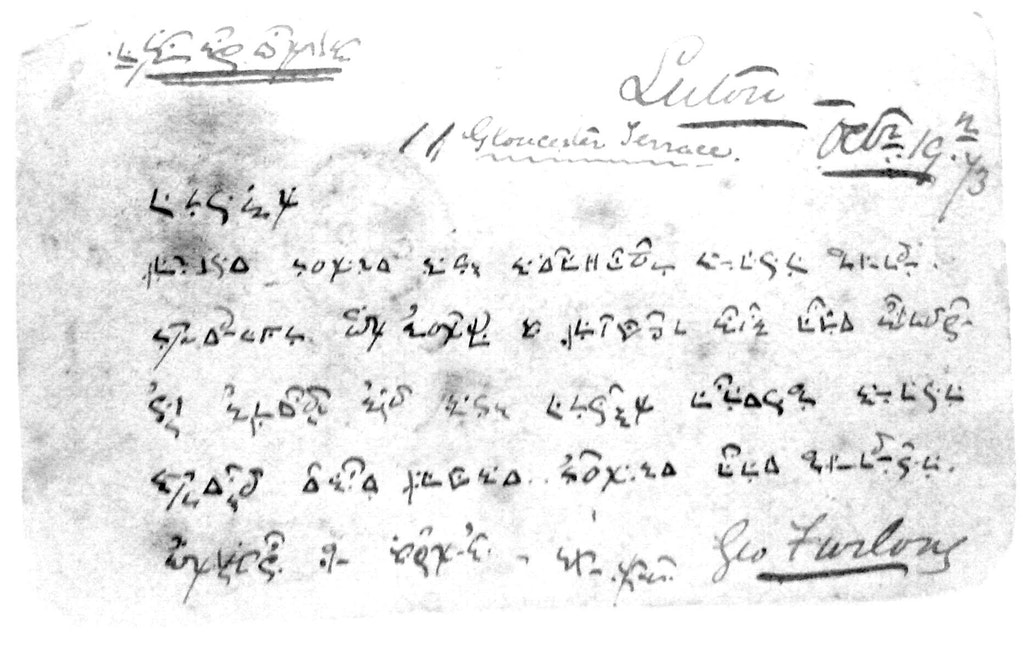 This letter was sent on February 19, 1873, by a man named George Furlong from Luton, UK. Luton is today mainly known for its airport and its soccer team Luton Town FC. The recipient was a woman named Lizzie, probably Furlong’s sister Elizabeth.

Thomas Bosbach has conducted some background research about this letter. According to a website he found, George Furlong (1843-1911) was a club official in the early years of Luton Town FC. Born in Pembrokeshire, the 1881 census shows him living at 11 Liverpool Road with his wife Mary and son John B. Furlong (who played soccer for Luton Town FC) and three other sons. In his day job Furlong was a schoolmaster and possibly taught at St. John’s College.  He and his wife had had seven children.

The Reddit forum so far lists no comment except for an introduction given by the poster. He wrote: “I’m hoping some brilliant mind somewhere is trying to work this out. It’s driving me crazy. I can only conclude that it’s a custom code, based on popular ciphers, but with personal touches. Pure guesswork, of course!”

In fact, this cryptogram (I will call it Furlong cryptogram) looks like a difficult one.

The writing looks more fluent than for most other cryptograms written in a non-standard alphabet. My guess is that Furlong was used to writing in it. Some of the letters are placed on top of each other, which is quite unusual. Writing on several layers is sometimes used in shorthands, but this writing system doesn’t look like a shorthand to me. Maybe it is influenced by one.

Some of the letters in the Furlong cryptogram resemble Greek characters, while others look like letters from the Pigpen cipher. The first word could be, of course, “Lizzie”, but the letter pattern doesn’t fit. The second word in the last line might consist of only one letter. Does it stand for “a” or “I”?

If you can find out more about this encrypted letter please let me know.
Follow @KlausSchmeh