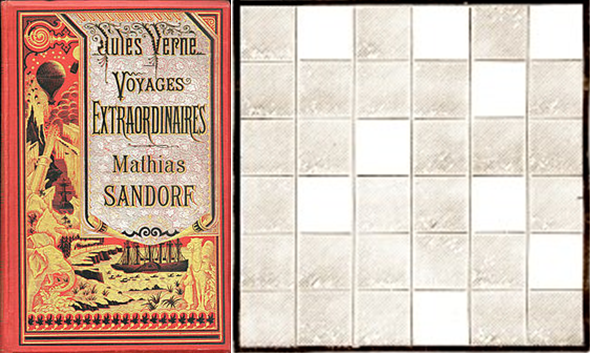 In the novel Mathias Sandorf by Jules Verne the use of a Turning Grille is described. Does a reader know other encrypted messages of this kind?

In Trieste, 1867, two petty criminals, Sarcany and Zirone, intercept a carrier pigeon. They find a ciphered message attached to its leg and uncover a plot to liberate Hungary from Habsburg-Austrian rule. The two meet with Silas Toronthal, a corrupt banker and form a plan to deliver the conspirators to the police in exchange for a rich reward. The three Hungarian conspirators, Count Mathias Sandorf, Stephen Bathory and Ladislas Zathmar are arrested and sentenced to death. Only Sandorf can escape.

This is, according to Wikipedia, how the novel Mathias Sandorf (published in 1885) by Jules Verne starts. The “ciphered message” mentioned in this summary is the following:

Later, Sarcany und Toronthal find the following turning grille (also known as Fleissner grille) in the desk of the receiver: 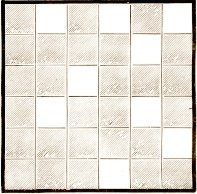 How a turning grille works

Here’s how a turning grille works (the stencil is used four times, each step is followd by a 90 degree turn): 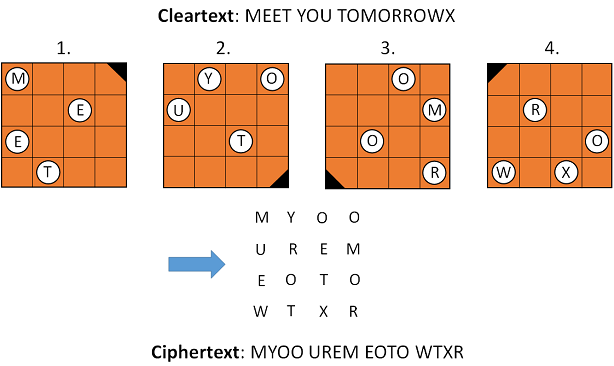 A turning grille encryption represents a transposition cipher. This means that no letter substitution takes place. Instead, the order of the letters is changed. To construct a turning grille one can proceed as follows (start with a square matrix and fill it with numbers from 1 to 4 at random):

Decryption of the message in the novel

Each of the lines of the Mathias Sandorf message has 36 letters. We therefore can use the grille once per line. We get:

This is the text Jules Verne used in the original edition, which was written in French. In the English and the German edition I checked the message is the same; it was not translated.

There’s an interesting website made by German crypto professor Klaus Pommerening, who explains how this message can be broken. It goes without saying that using the same grille three times in a row is not a good idea.

Turning grilles were not only used in novels. Here’s a list of other uses I am aware of: 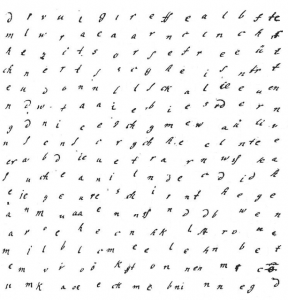 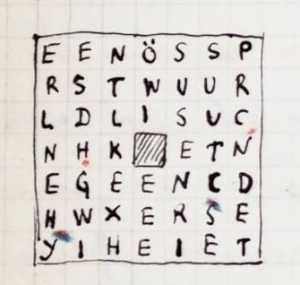 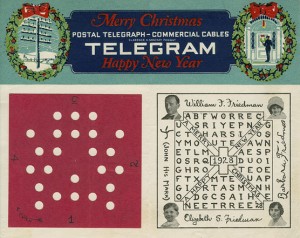 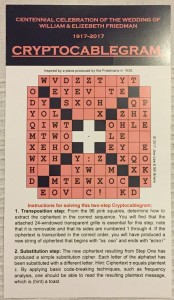 Now my question is: Are there other uses of the turning grille? In the book Decrypted Secrets by Friedrich Bauer it says that this encryption method was used in the 18th century, for example in 1745 in the administration of the Dutch Stadthouder William IV. Later. The mathematician C. F. Hindenburg studied turning grilles more systematically in 1796. Bauer also mentions the use of grilles (named ANNA, BERTA, CLARA, DORA, EMIL, and FRANZ) by the Germans in WW1.