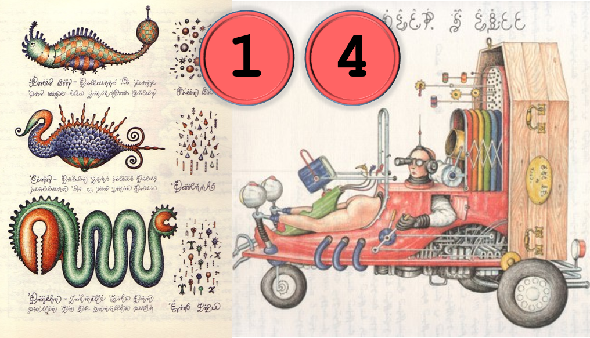 The Codex Seraphinianus is an unusual book, a beautiful artwork, and an unsolved crypto mystery. It’s the Voynich Manuscript of the 20th century.

If you take a look at my cryptologic travel guide (powered by Christian Baumann), you will see that it so far lists only one sight located in Rome. Of course, there must be more (if you know something in Rome that is worth seeing for a crypto enthusiast, please let me know), but this is not the topic today.

This one sight in Rome is a restaurant named Armando al Pantheon. It has plates with encrypted (?) inscriptions designed by Luigi Serafini, who is a frequent guest in this eating place. There is a dish named “Bruschetta alla Serafini” listed on the menu. More information about these plates is available in a blog post by Nick Pelling.

Luigi Serafini, an Italian architect and illustrator born in 1949, is the author of the Codex Seraphinianus. 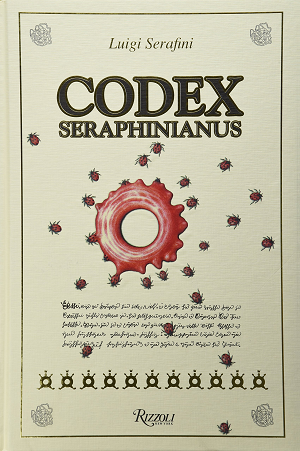 The Codex Seraphinianus has never been deciphered. It is unclear whether the text in this book is at solvable at all. It might as well be a hoax. 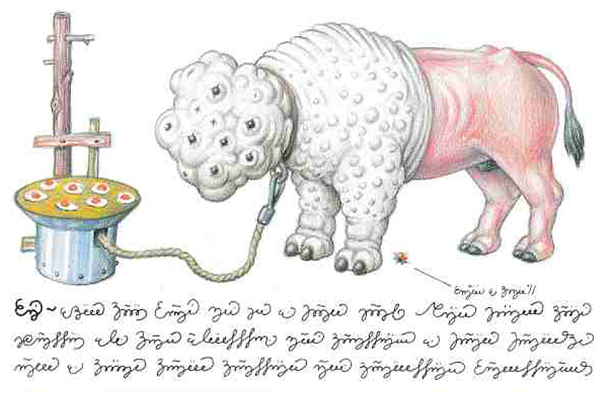 The latest edition of the Codex Seraphianus (with some new content) was published in 2013 (it’s available on Amazon). Older editions currently sell at over 200 Euros. On my encrypted book list the Codex Seraphinianus is number 00005. 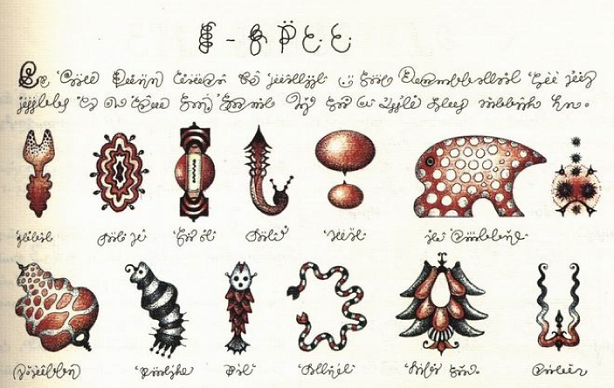 Luigi Serafini is still alive, but he doesn’t talk much about his famous book. In a speech at the Oxford University Society of Bibliophiles in 2009, he stated that there is no meaning in the text of the Codex Seraphinianus and that his own experience in writing it was closely similar to automatic writing. Allegedly, he just wanted his readers to feel like a child in front of a book it cannot yet understand, although it sees that it does make sense for grown-ups.

Though many have tried to decipher the Codex Seraphinianus, I don’t know of any published research work about it. For instance, a transcription and a frequency analysis would be very helpful.

To learn more about this strange book, read this article by Justin Taylor, who managed to exchange a few emails with Luigi Serafini.