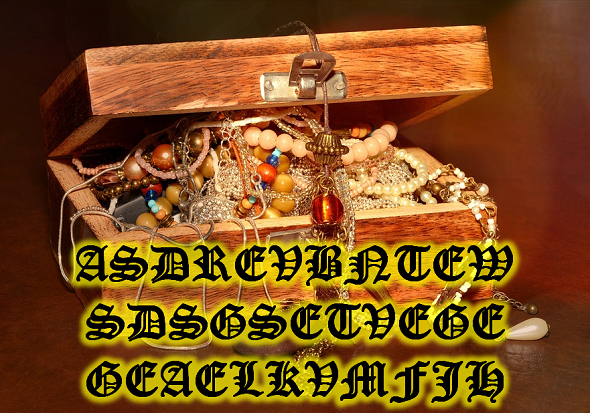 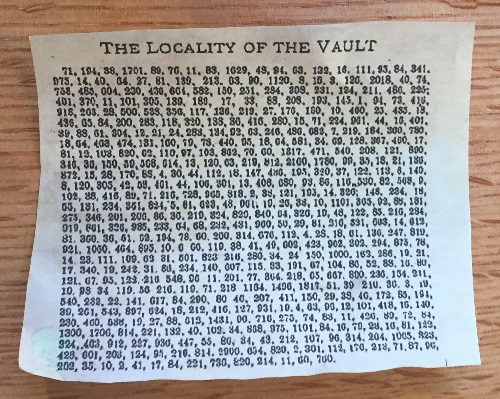 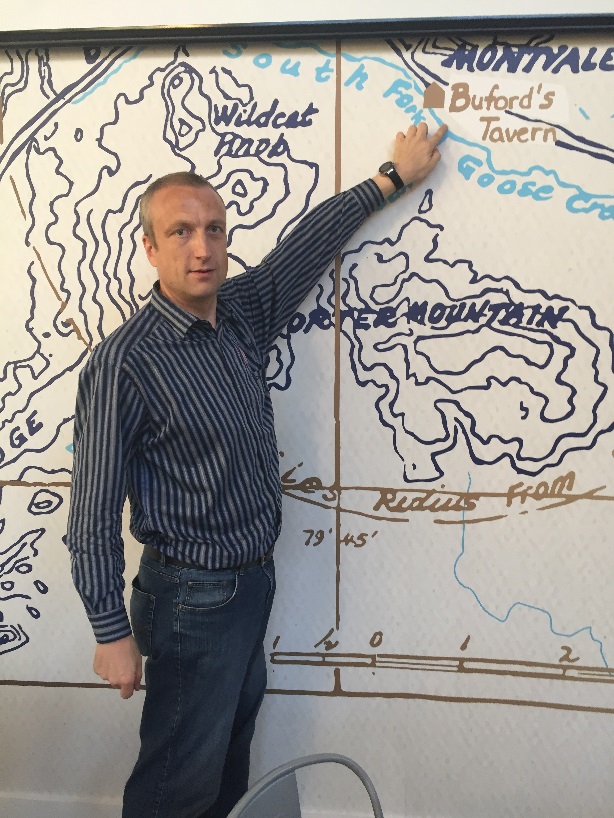 Can the cryptogram be broken? One of three cryptograms is already broken. There’s evidence that the other two don’t have any sense at all.

The treasure of pirate La Buse

Olivier Levasseur (~1689-1730), nicknamed La Buse (“The Buzzard”), was a pirate in the Indian Ocean. After a successful career, he was arrested in 1730 and subsequently hanged.

Legend tells that when Levasseur stood at the gallows, he threw an encrypted sheet into the crowd while exclaiming: “Find my treasure, the one who may understand it!” Allegedly, the sheet looked like this: 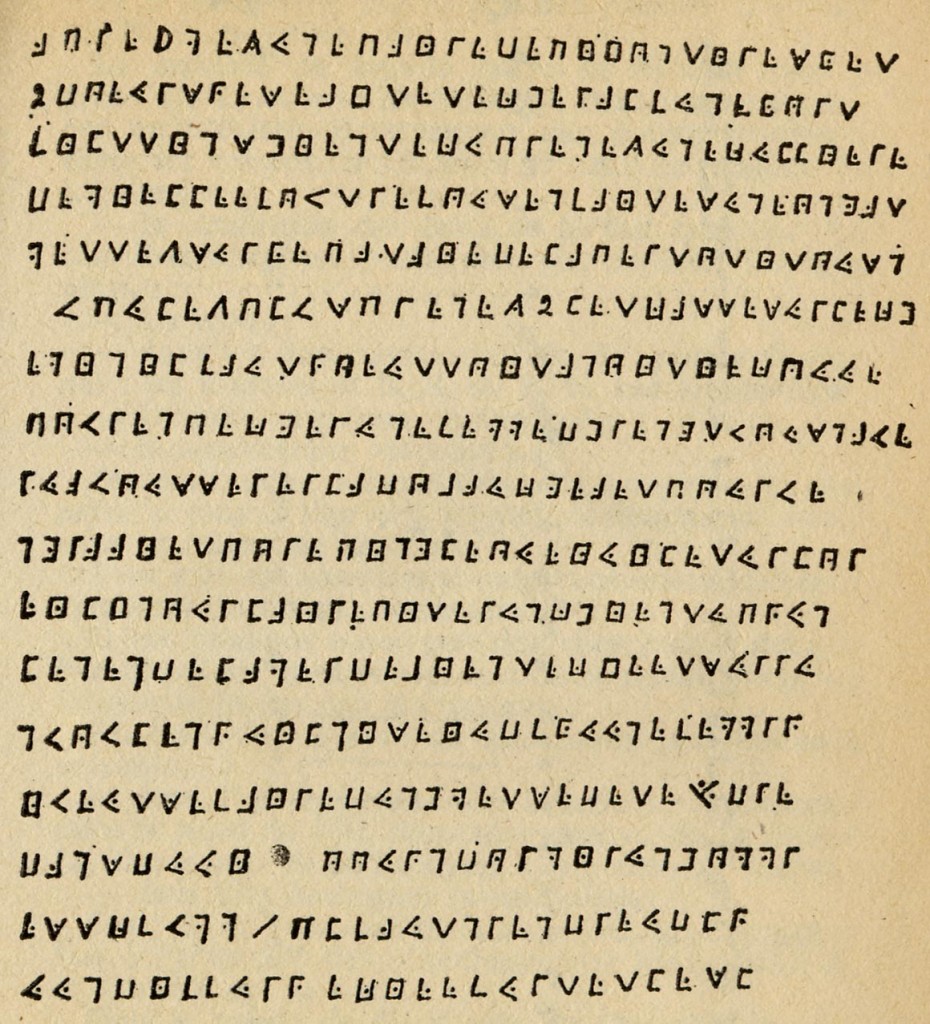 This text is encrypted in a Pigpen cipher. According to a French web page, this is the key: 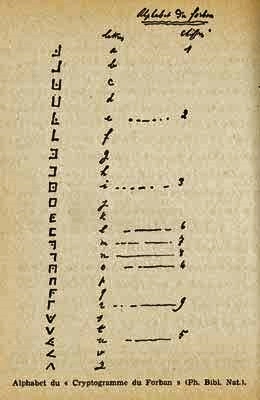 And here’s the cleartext: 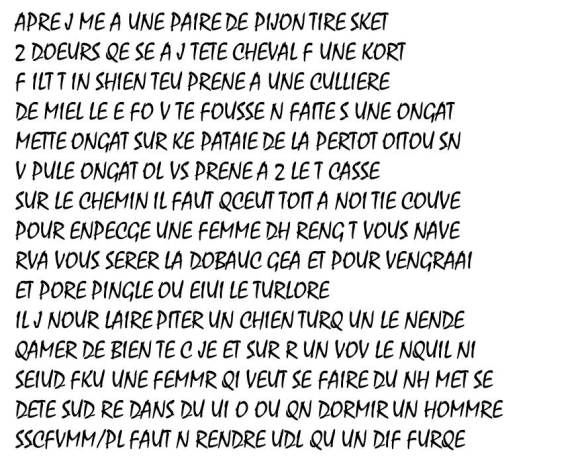 The cleartext is pretty confusing. As far as I know, nobody has ever managed to make sense of it, let alone has found the desciption of a treasure vault in it.

Is the story true? La Buse did exist, and he was very successful as a pirate. It is certainly possible that he hid a treasure (i.e., a part of his loot) somewhere. However, it is not known whether he really left behind the cryptogram shown above.

Does the treasure exist? Maybe.

Can the cryptogram be broken? It is already broken, but the cleartext is hard to understand (if it has any meaning at all).

The treasure of Rennes-le-Château

Rennes-le-Château, a village in France, became extremely popular because of Dan Brown’s novel The Da Vinci Code and a treasure that was allegedly found there.

The story of the alleged treasure began in the late 19th century, when local priest Bérenger Saunière (1852-1917) read masses for money. This would be nothing special, but Saunière was very enterprising, offering and advertising his service nationwide with considerable success. He soon became a wealthy man. When the bishop finally intervened, Saunière explained that his money came from a treasure he had found.

In 1955, businessman Noël Corbu opened a hotel on Saunière‘s former property. To get the attention of the local press, Corbu invented a story. He told journalists that Saunière had found his treasure with the help of two parchments that were discovered in a hollow pillar during the renovation of his church.

Corbu’s story was later extended by his country man Pierre Plantard (1920-2000). According to Plantard, one of the two parchments contained the following encrypted message (note that it contains the words AD GENESARETH):

The text translates as follows: “Shepherdess no temptation that Poussin, Teniers possess the key, peace 681, at the cross and this horse of god I destroy this demon of guardians at noon, blue apples.”

What does this message tell us? Poussin and Teniers are two painters, both of whom have painted a certain motif that allegedly shows a rock located near Rennes-le-Château. Saunière allegedly had the ciphertext broken by a crypto expert he knew. He recognised that this message referred to this particular rock. He went there and found the treasure.

Although the Saunière‘s story is an obvious hoax, there are still people searching for the treasure. I’m sure, they will never find it.

Can the cryptogram be broken: It is already broken, but the cleartext doesn’t tell anything.
Follow @KlausSchmeh