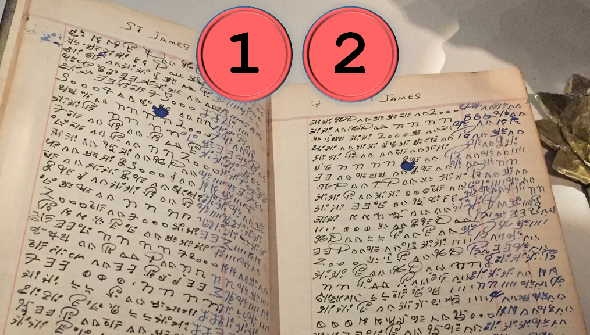 US outsider artist James Hampton (1909-1964) created only one notable piece of art. In addition, he left behind over 100 pages of encrypted notes that are unsolved to date.

James Hampton (1909–1964) was an African-American janitor and artist. The only work of art he left behind is a large assemblage of religious art from scavenged materials. Only after his death, this unusual installation was discovered. James Hampton, who was completely unknown during his lifetime, is today considered an outsider artist. The following photograph is the only one I have ever seen of him: 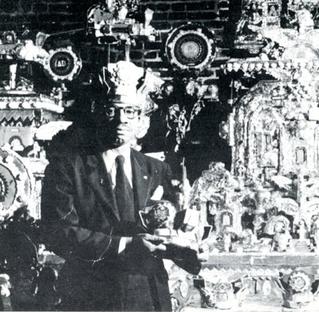 James Hampton’s only artwork is named The Throne of the Third Heaven of the Nations’ Millennium General Assembly. It is on display at the Smithonian American Art Museum in Washington, DC. 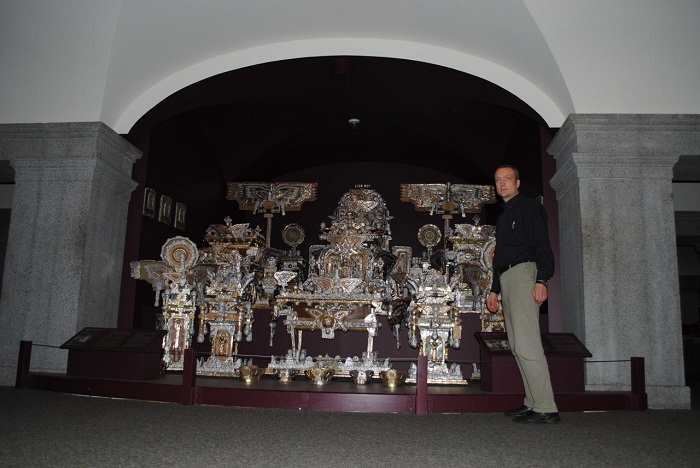 Hampton was very religious. His installation has the appearance of an altar. I’m not necessarily an art enthusiast, but I find this piece of art quite impressing. 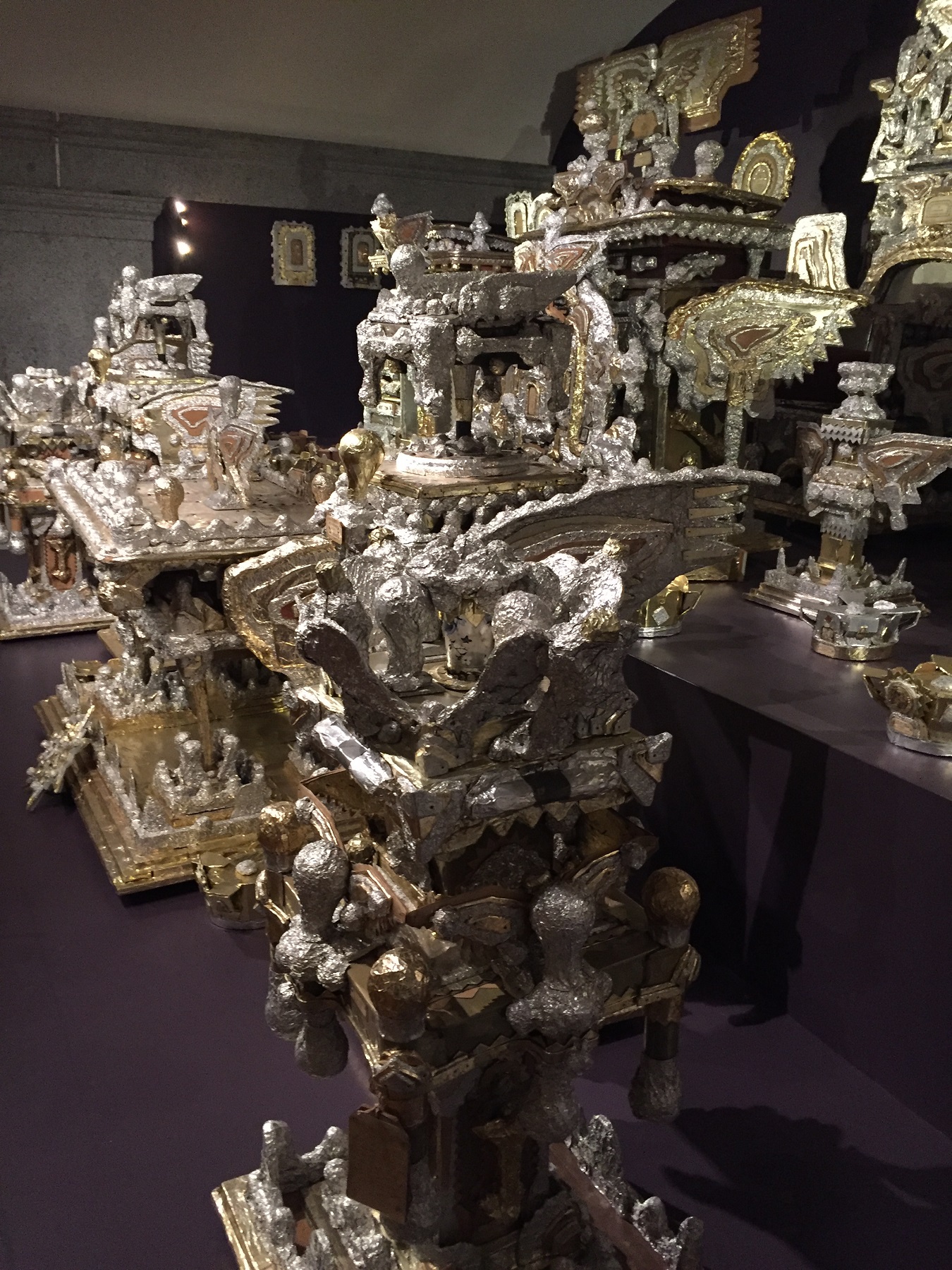 A closer shot shows that Hampton, who was not especially wealthy, used cheap material, like aluminium foil, to assemble his artwork: 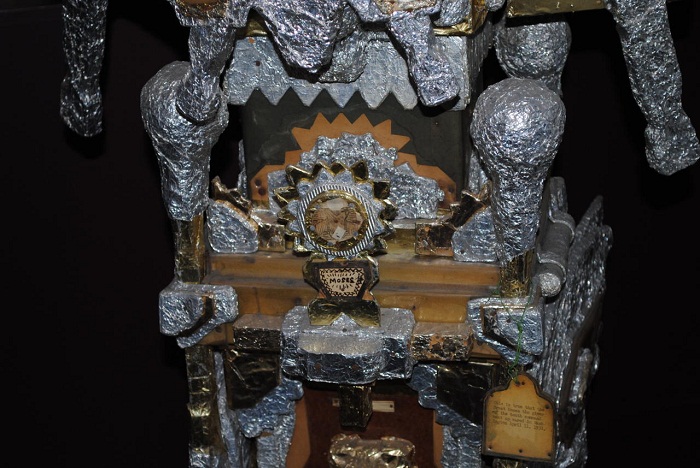 Hampton’s artwork comprises a number of lables that bear an unknown writing. Here’s an example: 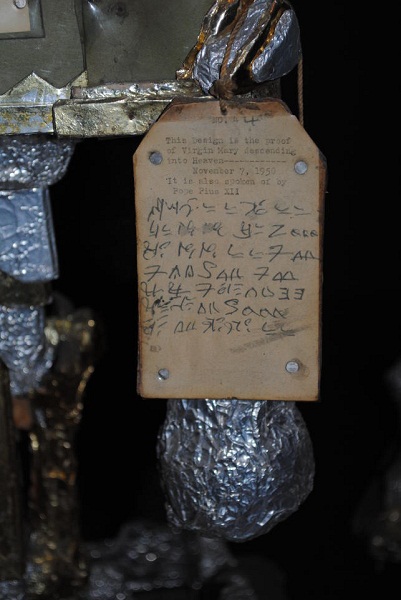 The same kind of writing can be found in a notebook Hampton left behind: 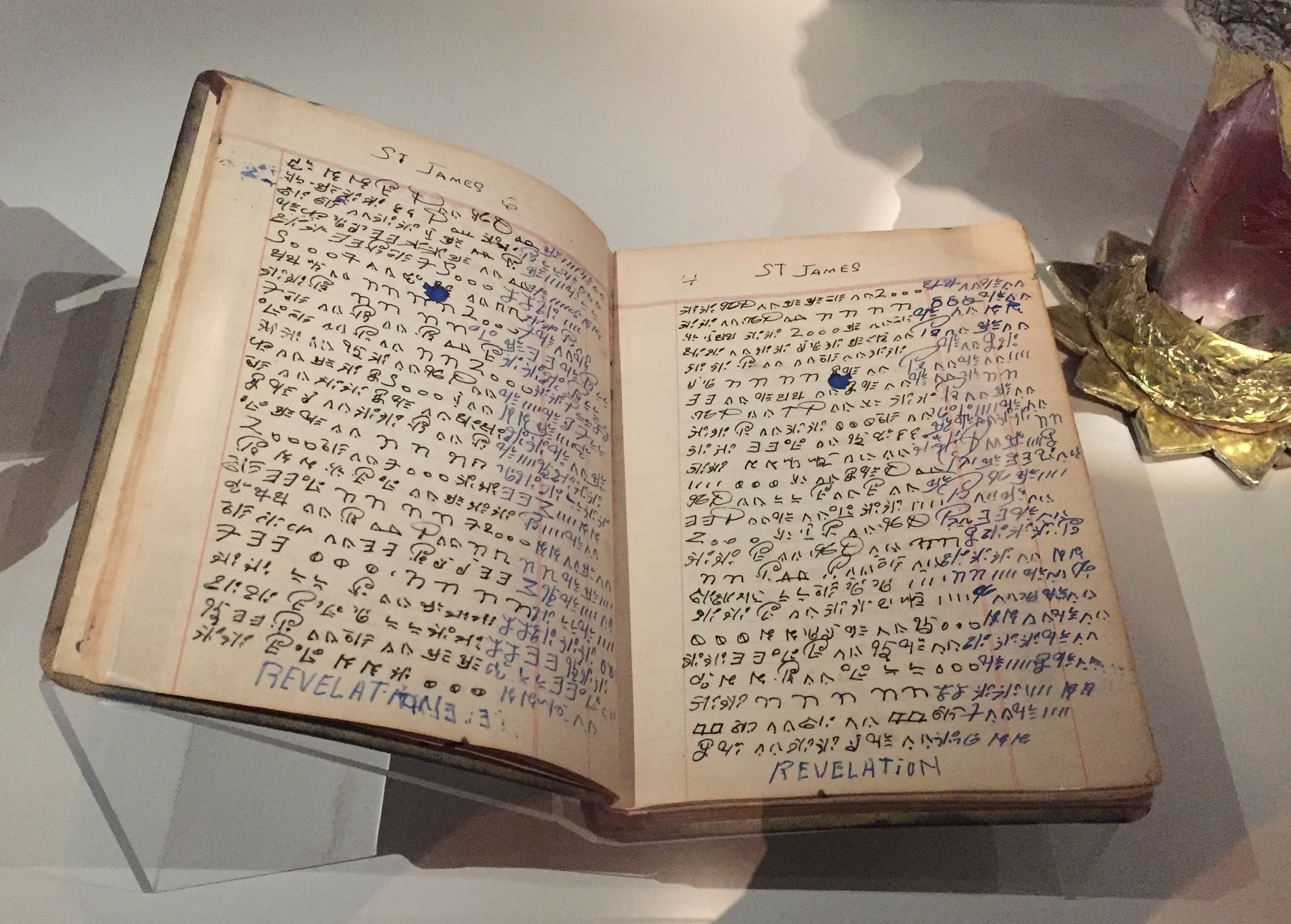 This notebook has over a hundred pages filled with Hampton’s strange writing. It is completely unknown what it means. 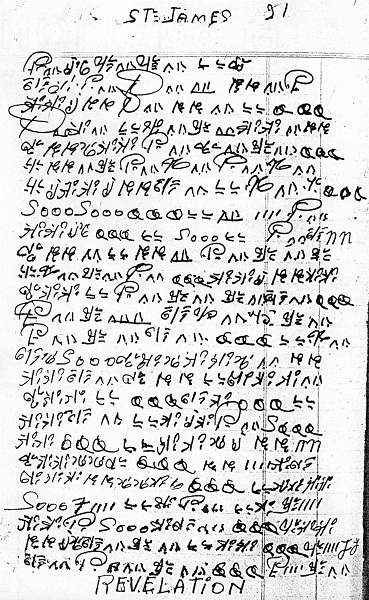 In addition to the notebook and the lables, Hampton left behind a number of sheets with text in the same script. Some of them show drawings that might refer to the Ten Commandments: 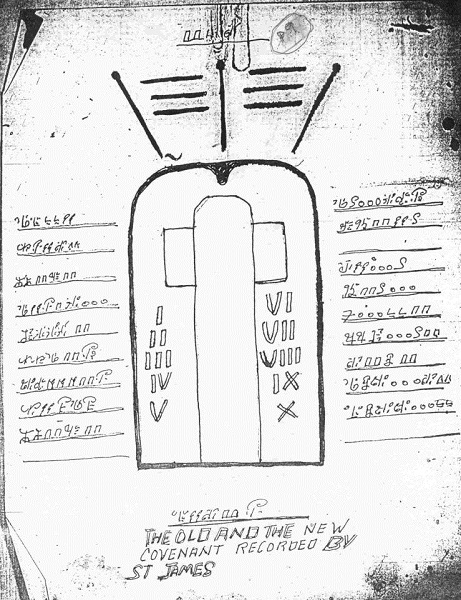 In my view, James Hampton’s notebook is the third most important unsolved encrypted book – behind the Voynich Manuscript and the Rohonc Codex. I therefore put it on the third position (00003) of my encrypted book list.

Of course, there are many theories about the text in Hampton’s notebook and in his other documents (some call it “Hamptonese”). Hamptonese could be encrypted text, but if so, it is unclear which encryption method was used. It was certainly not a pure MASC. Phonetic English is another possible explanation.