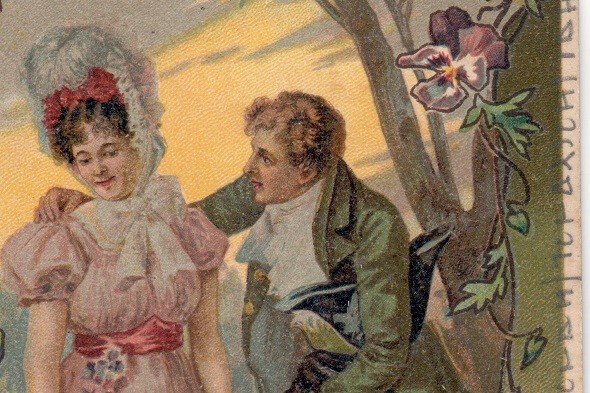 Today’s crypto mystery is about a postcard written to a noblewoman in 1914. Can a reader solve it?

Once again, comedy hacker, crypto book expert, encypted postcard collector and friend Tobias Schrödel has provided me one of his treasures.

Before we look at the details, let me show you the following photograph taken at the HeinzNixdorf MuseumsForum in Paderborn, Germany, where a part of Tobias’ collection was exhibited: 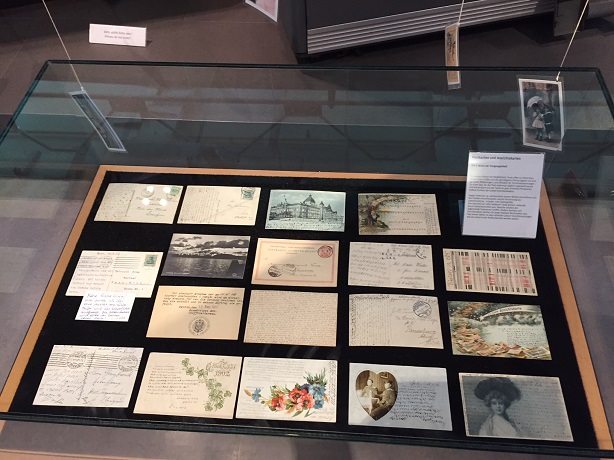 Some of these encrypted postcards were covered on this blog. My readers solved them all.

The latest card Tobias provided me was sent to a place named Semlin in 1914: 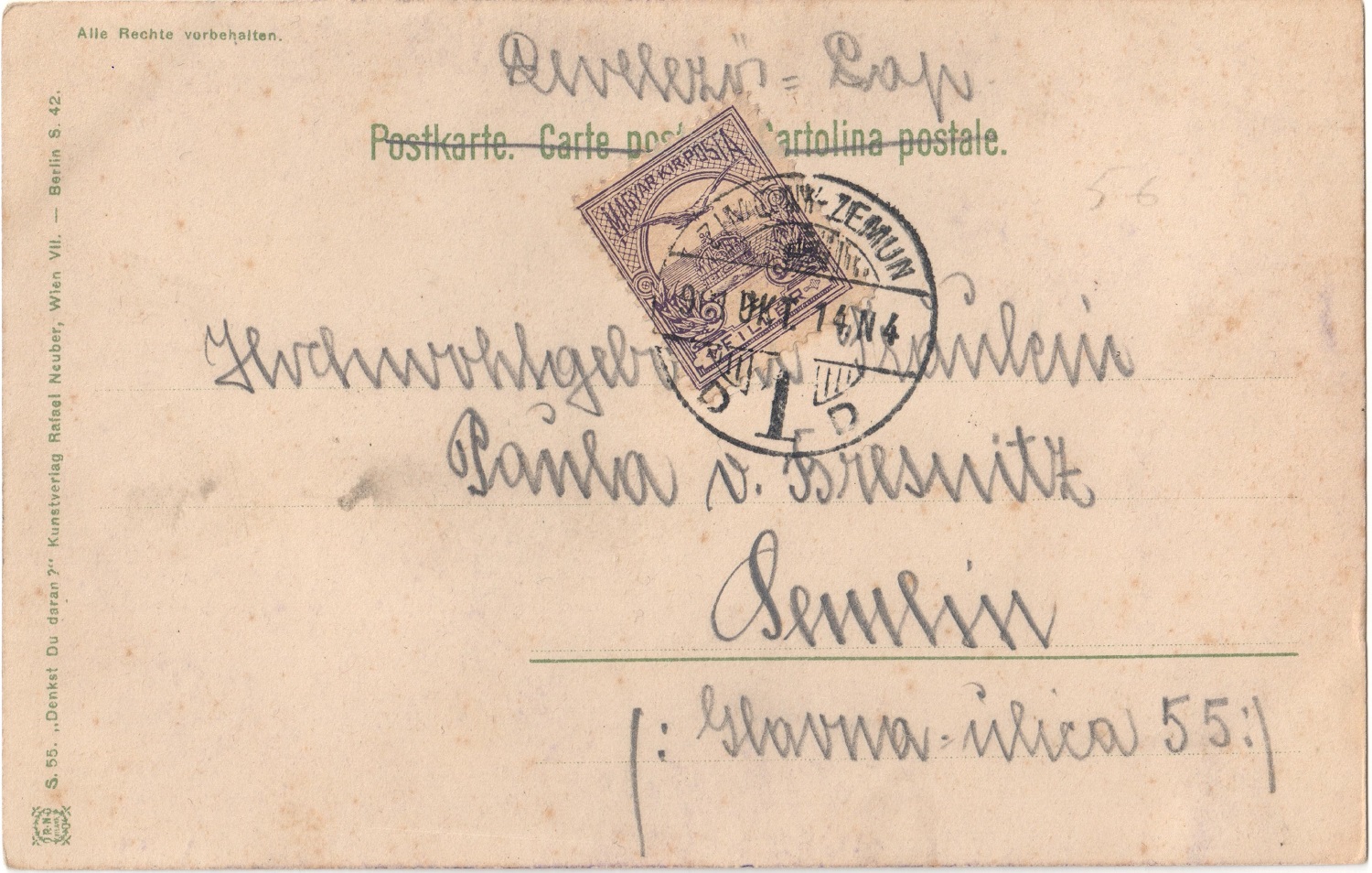 There are several places named Semlin in Europe. As this card was sent from Hungary (the stamp is Hungarian) and as the address is partially written in Hungarian, the Semlin in question here is probably the one that is today called Zemun and located in Serbia. Before World War I, Semlin/Zemun belonged to the Austrian-Hungarian monarchy.

The recipient of the card was an unmarried woman named Paula von Bresnitz. The “von” in her name and the German salutation “Hochwohlgeboren” indicate that she was a noblewoman of German decent. In fact, there is a German aristocratic family named “von Bresnitz”, which has its origin in Eastern Europe.

Here’s the picture side of the card with the encrypted message: 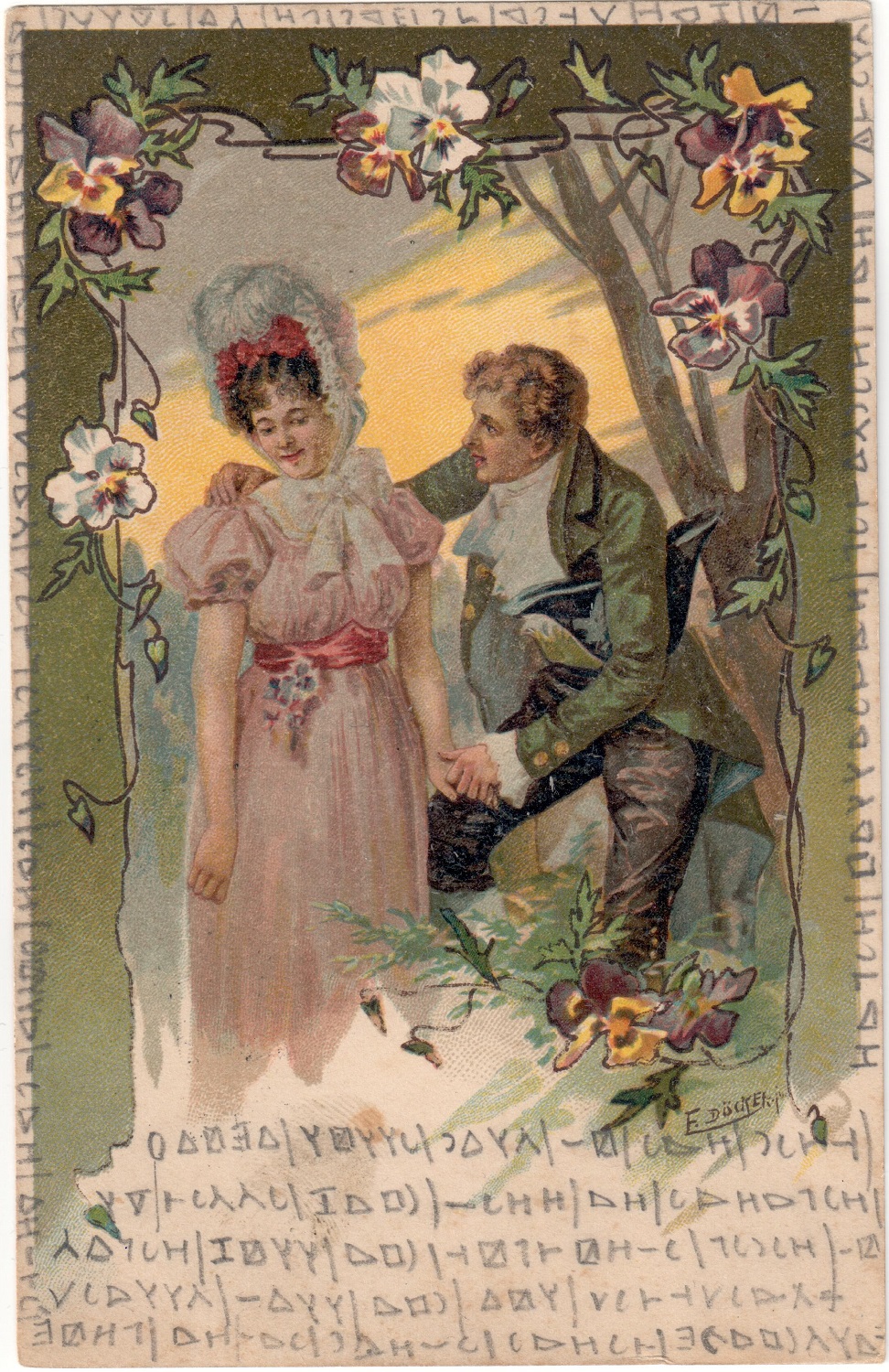 The sender of the postcard probably was the lover of Paula von Bresnitz (most encrypted postcards were sent by young men to their spouses). The cleartext language is most likely German.

The cipher used is probably a MASC with the vertical lines indicating spaces. I’m sure this is not an especially sophisticated encryption. Can a reader solve it?
Follow @KlausSchmeh