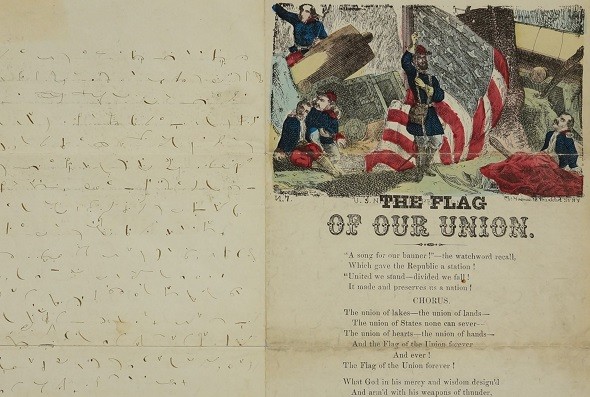 In 1863, during the US Civil War, a Union soldier wrote a letter to an unknown recipient. This letter is encoded in a shorthand, probably Pitman. Can a reader decipher it?

If you ever come to Frankfurt, Germany, you should visit the Museum für Telekommunikation. This museum hosts a large collection about the history of telecommunication and postal services, including a number of encryption machines and other crypto exhibits (this is why it is listed in the Cryptologic Travel Guide). In 2012, the first European Historical Ciphers Colloquium (now known as HistoCrypt) took place in the storage facilities of the Museum für Telekommunikation in Heusenstamm.

Apparently, the Museum für Telekommunikation owns objects one wouldn’t expect at such an institution. Department head Frank Gnegel, with whom I organized the event in Heusenstamm, recently provided me a letter from the US Civil war. It’s a three-pages message written on a four-pages greeting card. Here’s the title page: 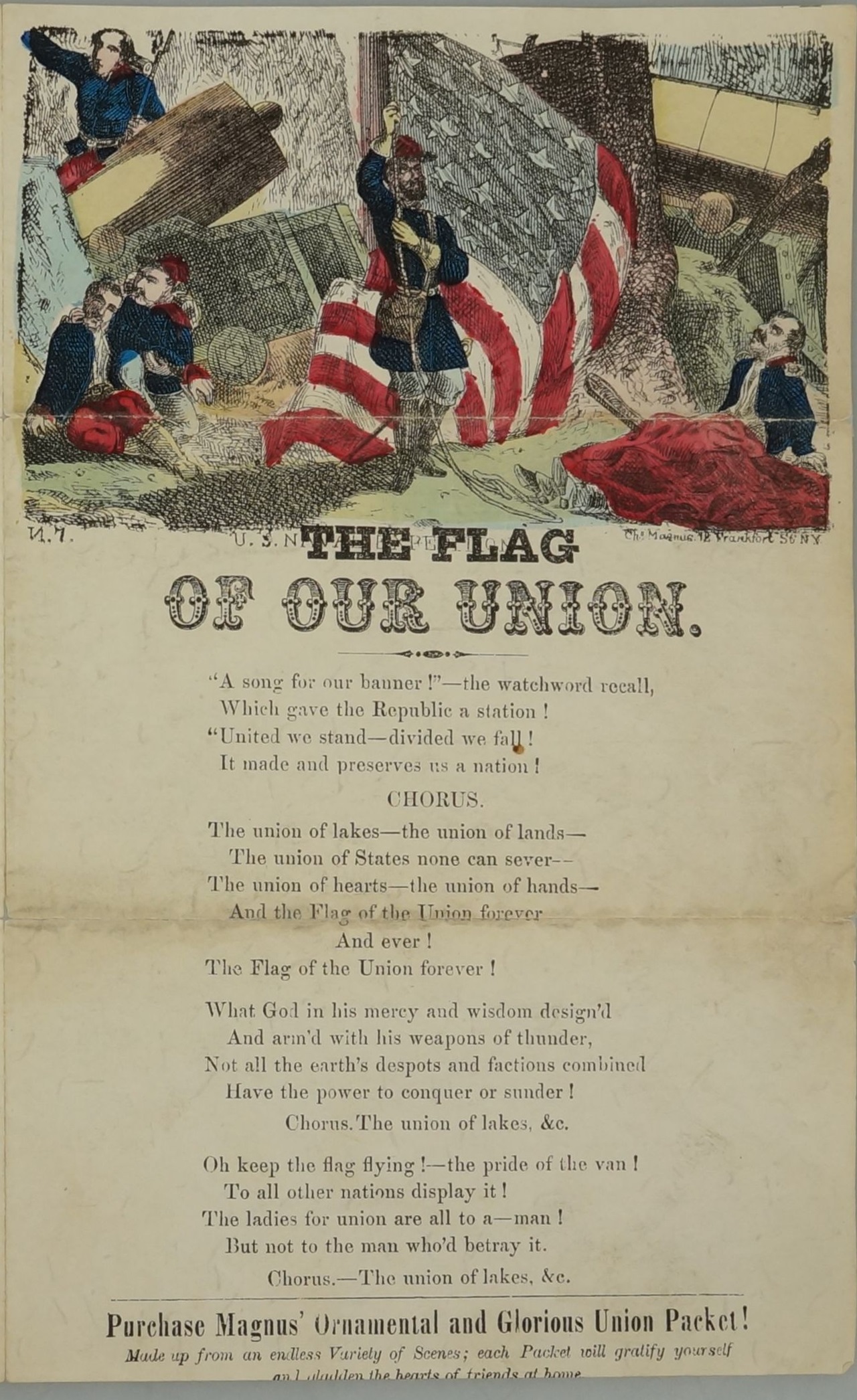 Here’s the first page of the letter: 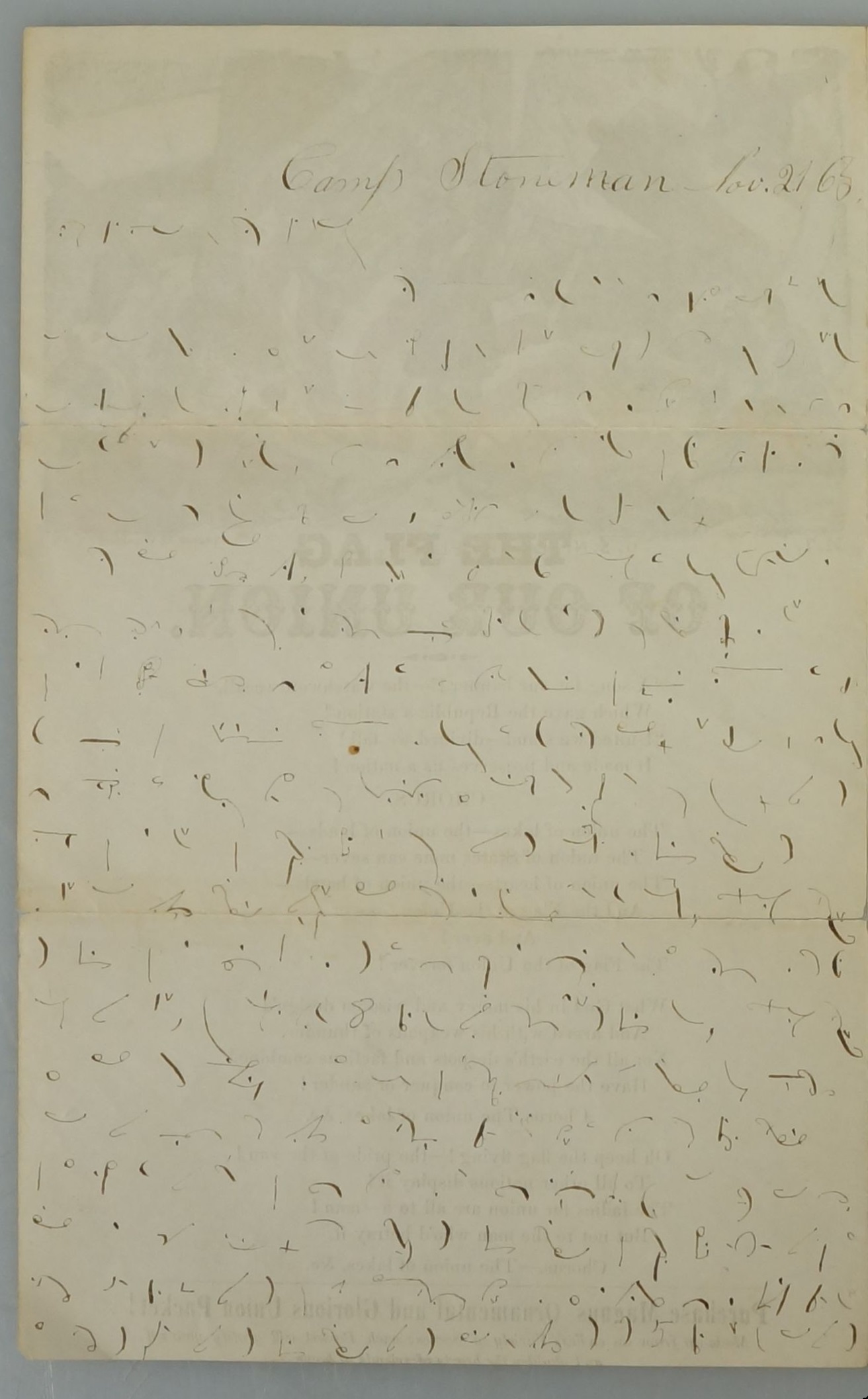 The letter was written on  November 21, 1863, in Camp Stoneman in Washington, D.C. Between September 1863 and December 1864, this facility served as a camp for the Army of the Potomac. 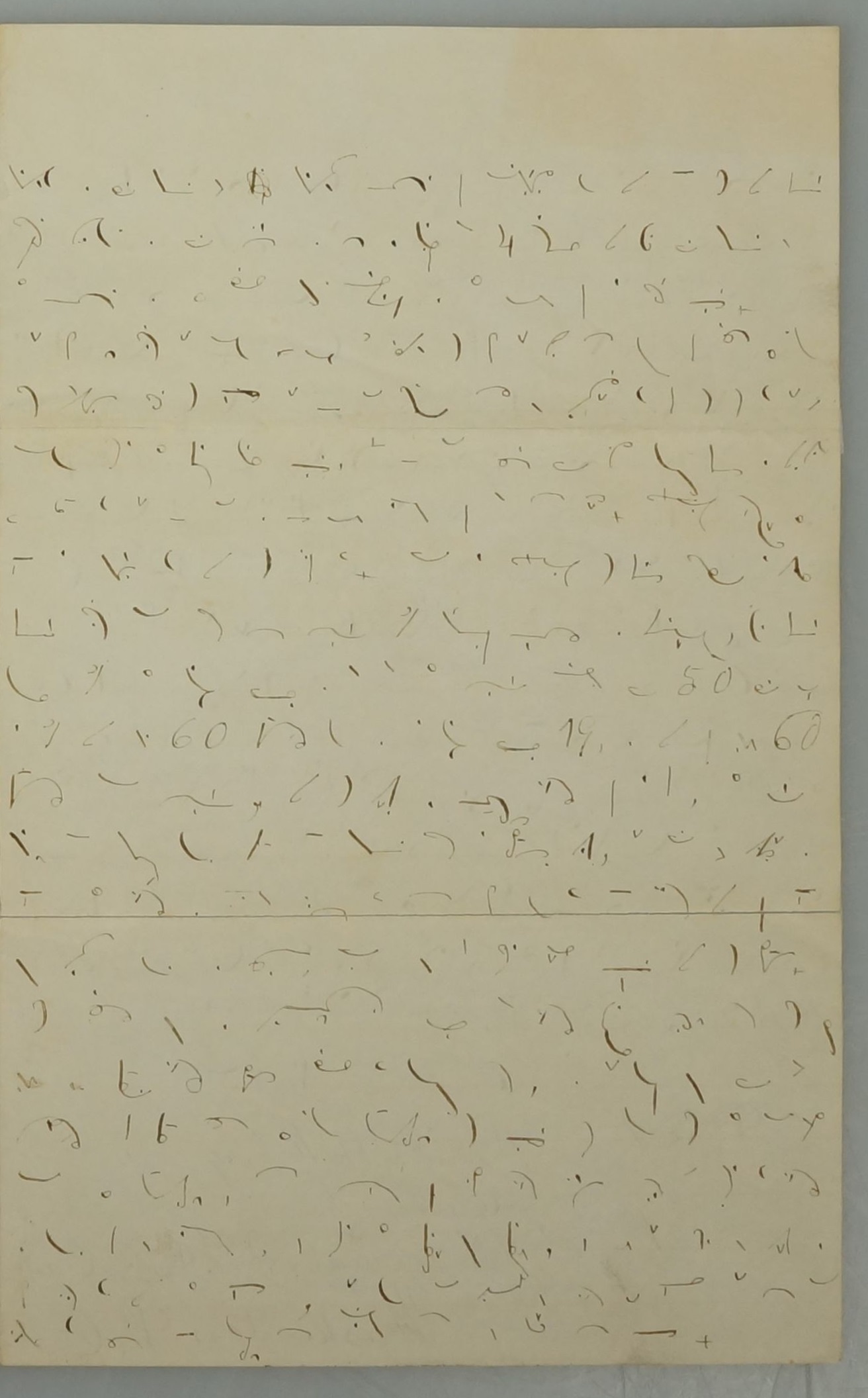 As can be seen, the letter is written in an unusual script. As far as I can tell, it is Pitman, a shorthand that used to be very popular in the Anglosaxon world. 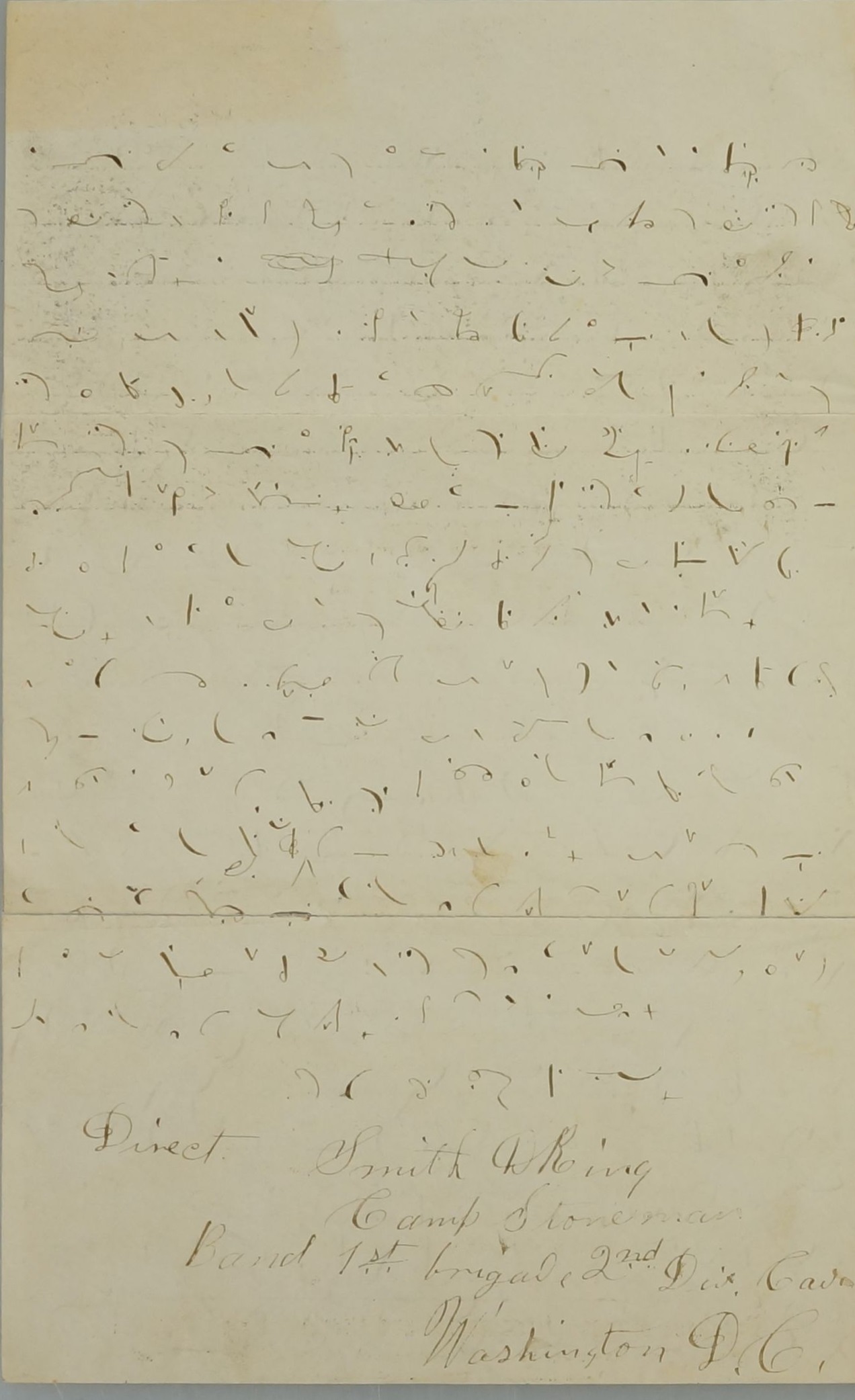 The letter is signed by a certain “Smith D. King”, a member of the “Band 1st Brigrade, 2nd Div. Cav.” As Frank Gnegel found out via the National Parks Service and the American Civil War Database, Smith D. King later became a Lieutenant in the 41th United States Colored Troops.

Pitman is, of course, not a cipher but a shorthand writing system. It was developed specifically for the English language (this is why it is almost unknown in other languages) by Englishman Sir Isaac Pitman (1813–1897), who first presented it in 1837. Like most systems of shorthand, Pitman is a phonetic system. The symbols do not represent letters, but rather sounds. Words are, for the most part, written as they are spoken. Pitman was the most popular shorthand system used in the United Kingdom and the second most popular in the United States. Like other shorthands, Pitman has lost its significance with the advent of modern office technology.

I have written about Pitman messages before on this blog. For instance, here’s a Pitman postcard: 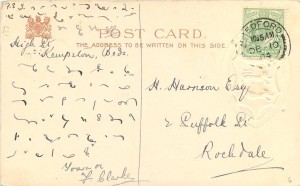 Here is a table of Pitman codewords (taken from Wikipedia):

Here is a consonant table:

Can a reader decode this Civil War letter?
Follow @KlausSchmeh