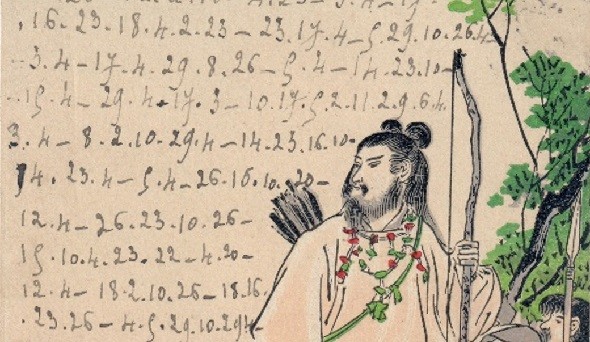 In 1905, an encrypted postcard was sent from San Francisco to Paris. Can a reader break it?

Comedy hacker and crypto book expert Tobias Schrödel has once again has provided me an encrypted postcard from his marvellous collection. This one was send from San Francisco to a certain Georges Lannier living in Paris, France, in 1905: 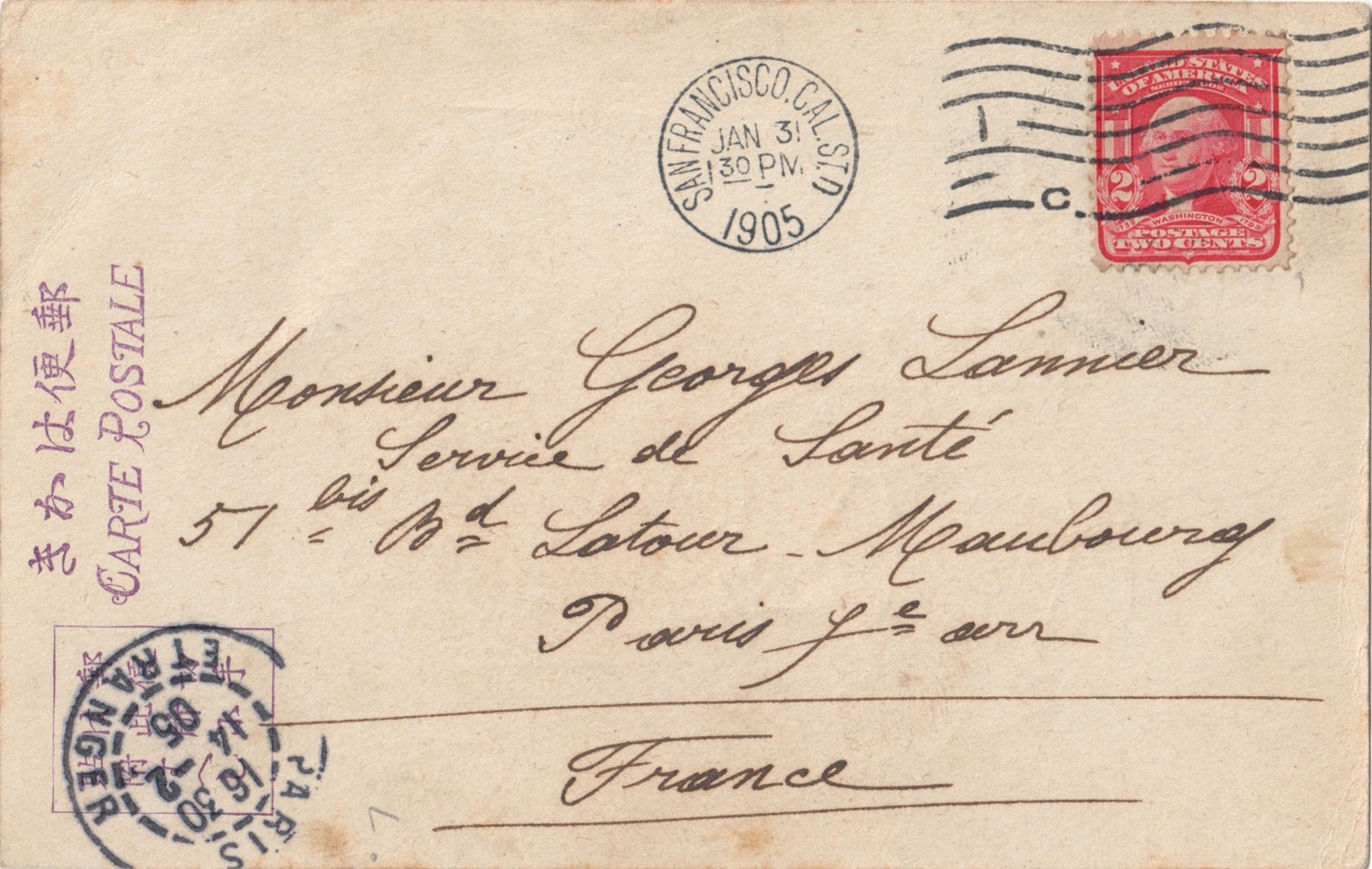 Readers of this blog might know that most encrypted postcards were sent by young men to their spouses – so this one is an exception. The recipient, who apparently worked in the Health Service (Service de Santé), lived or worked in the Boulevard de la Tour-Maubourg in central Paris. This street has today its own subway station. 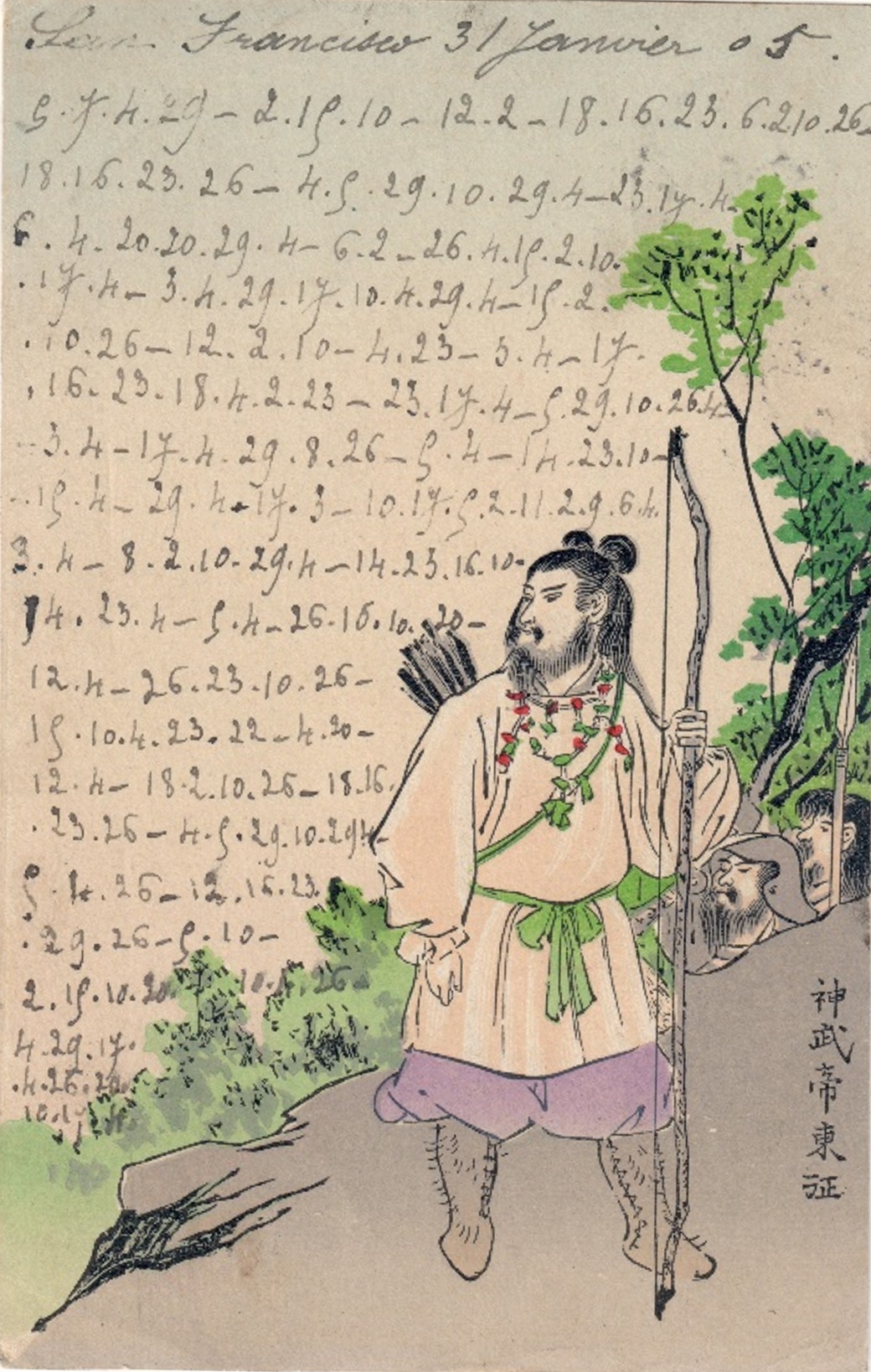 The top line, which is the only one written in the clear, says: “San Francisco 31 Janvier 05”. The word “Janvier” means January in French. This means that the card was written on January 5, 1905. It was stamped in San Francisco on January 31 and stamped again in Paris on February 14.

The language of the cleartext is probably French. My guess is that the sender used a MASC (i.e., a substitution cipher). Probably, every number stands for a letter. Periods separate numbers, while hyphens separate words. The most obvious substitution table would be A=1, B=2, C=3, …, but I think, it’s not that simple. Still, I am optimistic that this cryptogram is not one of the difficult kind.

Further reading: Who can solve this encrypted postcard from Chippenham?