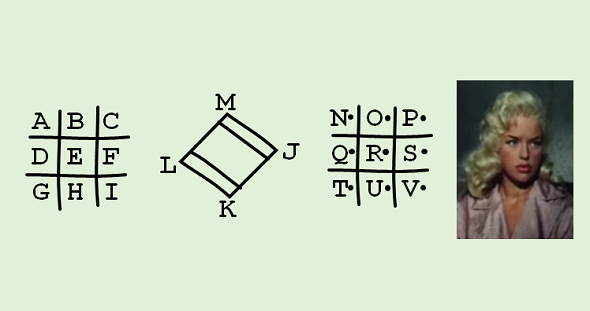 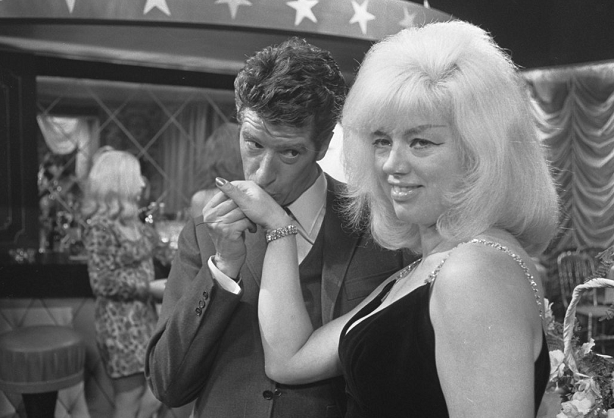 In 2015, at a symposium on the history of the Enigma in Poland, I met British cryptologist Andrew Clark. The following photo shows Dermot Turing (the nephew of Alan Turing), Clark, and me: 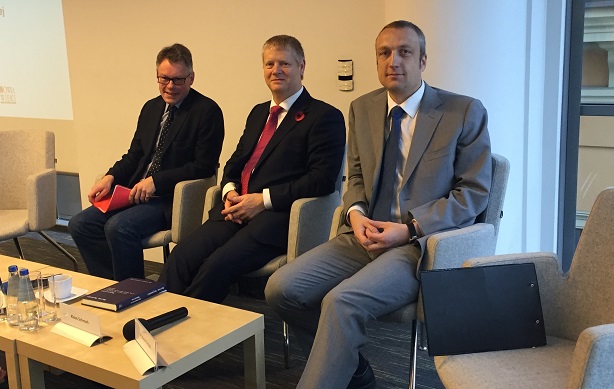 According to Andrew Clark, Diana Dors gave her son, Mark Dawson, an encrypted messsage, about a year and a half before her death. This message allegedly describes the whereabouts of two million pounds Dors left behind. Diana Dors was already suffering from cancer at that time and probably expected that she would not live much longer. Details of this story are told in a British television documentary, which is available on YouTube (see below; thanks to Peter de Boer for providing the new link). The following image of the encrypted message is taken from this documentary:

Dors’ third and last husband, Alan Lake, allegedly knew the encryption key of this message. He died only six months after his wife. When Mark Dawson tried to decipher the cryptogram, both his mother and her husband had already deceased. He therefore tried to decrypt the message with codebreaking means.

Today, Dawson probably would have to get this cryptogram published on Klausis Krypto Kolumne. However, this blog did not exist yet in the 1980s. Nevertheless, Dawson figured out that the first part of the cryptogram was encrypted in a Pigpen cipher:

Dawson managed to break the encryption. Here’s how the cipher works:

The cleartext is the following (with spaces added): LOCATIONS AND NAMES

Dawson couldn’t break this one. He therefore consulted a team of British cryptologists. One of them was Andrew Clark, who later told me about this story.

A cleartext that is not really clear

Clark and his colleagues started their codebreaking work by performing a few statistic analyses of the cryptogram. The results proved consistent with a Vigenère cipher. They had no trouble breaking it. The keyword turned out to be DMARYFLUCK (derived from Dors’ civil name Diana Mary Fluck). Here is how the first line is decrypted:

As far as I know, it is still unknown what this list means. Do the names refer to real people? If so, did they receive a part of Dors’ millions? The TV documentary does not provide any information about these questions. Apparently, Diana Dors’ son never found the millions his mother had allegedly left behind. It is even unclear whether the Dors owned so much money when she died. Although she had earned well during her career as an actress, she later had to declare bankruptcy.