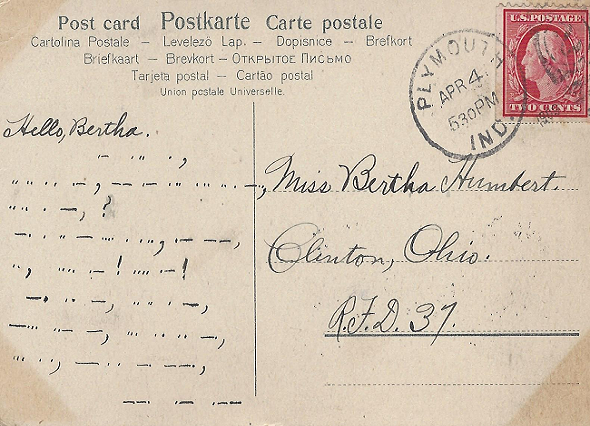 Two postcards from the early 20th century are written in Morse code or something similar. One of these cryptograms is still unsolved.

Writing a postcard in Morse code is certainly not the most secure way to keep the postman or the housemates of the recipient from reading it. Still, this method a lot better than no encryption at all. After all, not everyone who can take a short glance at a postcard is fluent in Morse code.

The following Morse code postcard I found in an online discussion forum was sent in 1906: 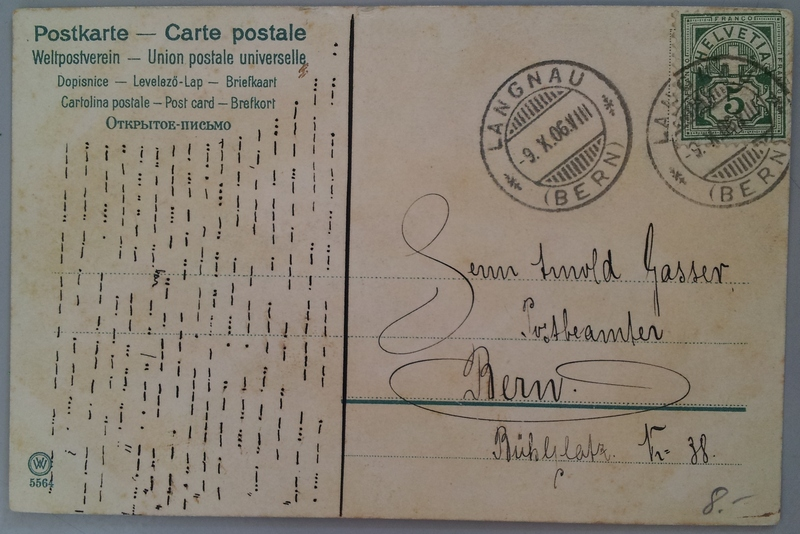 Apparently, both the sender and the receiver were located in Berne, Switzerland. A member of the discussion forum found the solution:

Hey, don’t be mad that you ran to the train in vain.
It wasn’t my fault at all, I only got the message tonight
that you failed to arrive on Wednesday.
I can’t tell you more, don’t be mad lovely p..u

According to the poster, the message is not written in pure Morse code, but in “Gericke code”. To be honest, I don’t know what this is. I couldn’t find any information about a “Gericke code” online. Does a reader know more?

A forum reader wrote, that this postcard was written by a man. If this is correct, the sender and the recipient might have been gay – something considered scandalous in the early 20th century (homosexual activities were legalized in Switzerland in 1942). However, I don’t see where the gender of the sender is mentioned on this card. 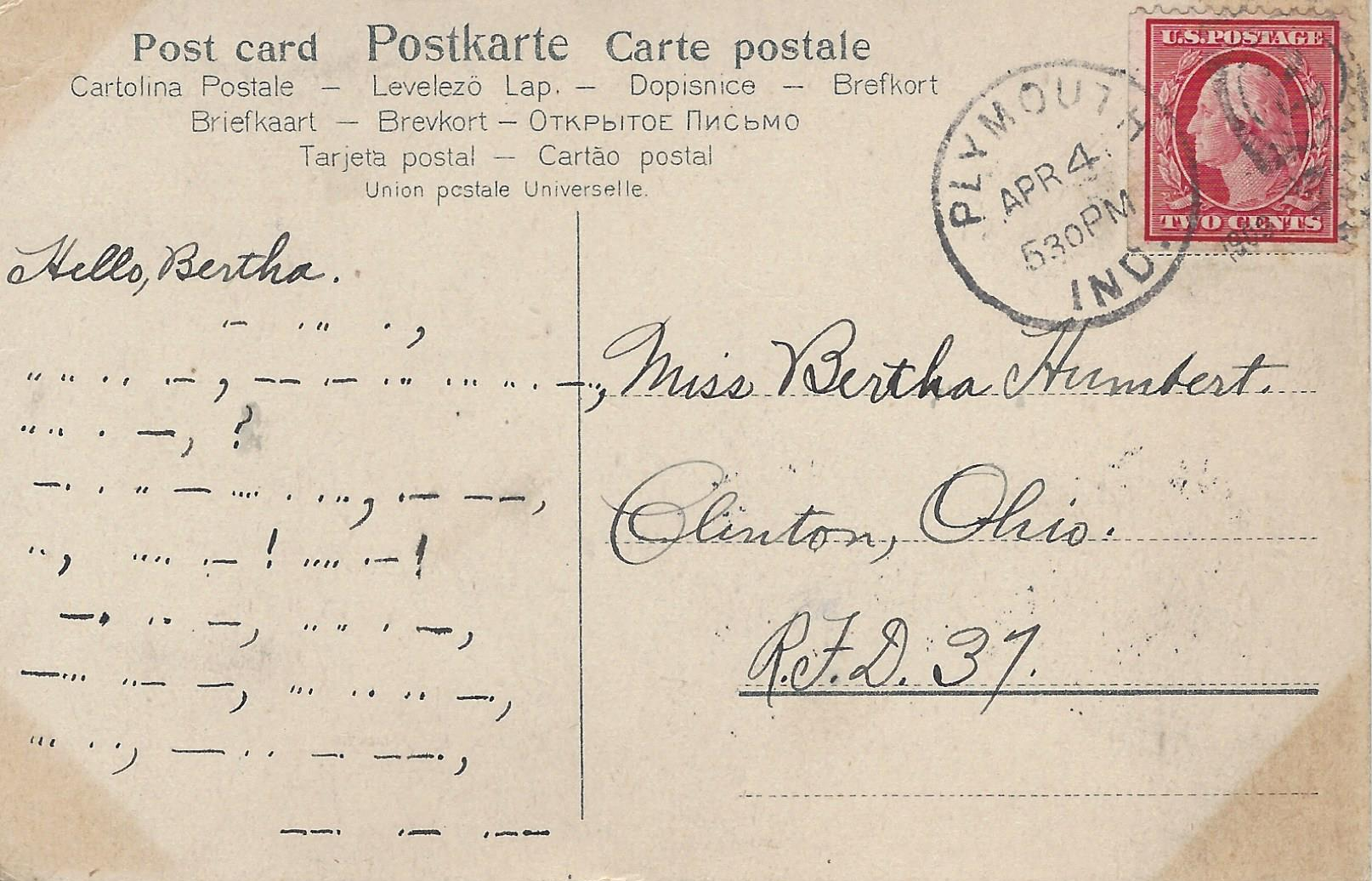 This one was sent from Plymouth, Indiana, to Clinton, Ohio (a distance of about 500 kilometers). I don’t know whether this message is encoded in standard Morse code or American Morse code. In both cases, the last line decodes to GAW. Of course, it could also be something else, like encrypted Morse code or the afore-mentioned Gericke code.