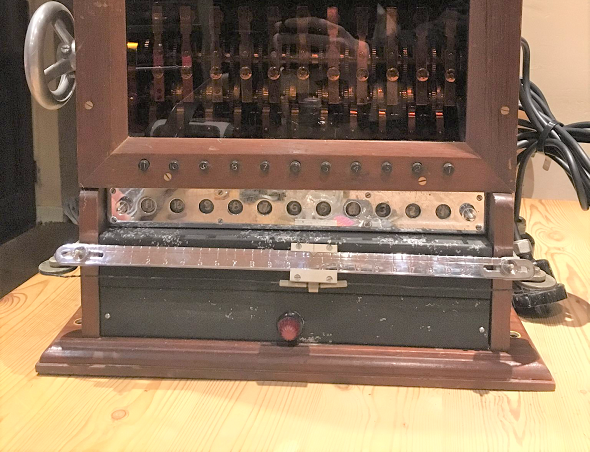 A Reddit user has posted photos of an unusual machine, the purpose of which is unknown. Some say it might be an encryption machine. Can a reader tell more about it?

Blog reader Rallinger has, thankfully, made me aware of an interesting discussion going on in the Whatisthisthing group of Reddit. There, a user named Jgbee123 asks: What on Earth is this thing? Here’s the photograph his question refers to: 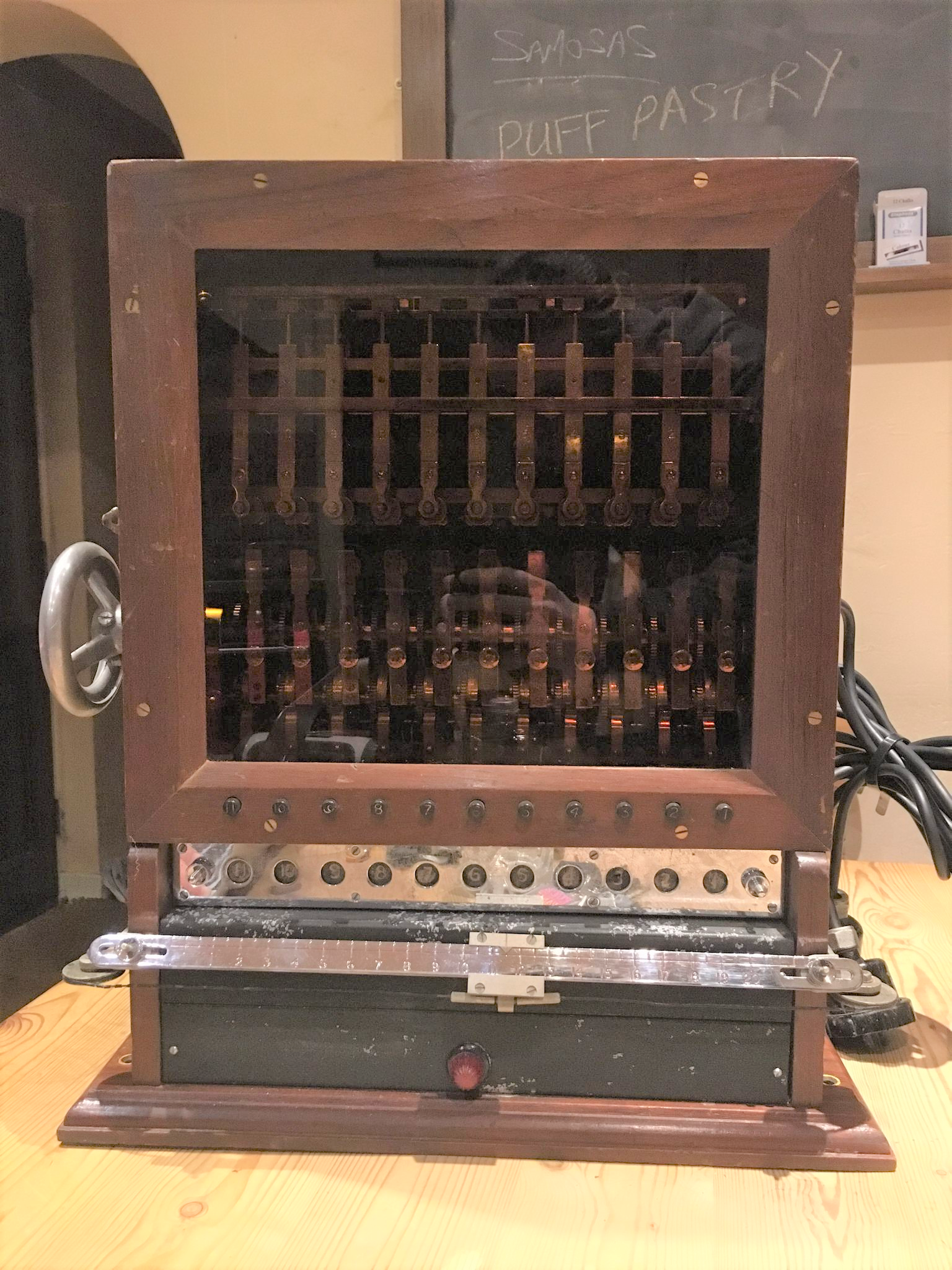 According to the Reddit post, Jgbee123 purchased this item at a junk sale. He thinks it is British, perhaps of naval origin. Here are a few more pictures of this machine.

Meanwhile, a few dozen people have posted comments on Jgbee123’s query. As it seems, none of them has come up with a conclusive answer. Several posters say that this device might be a cipher machine. This is certainly a possibility, though I have never seen anything like this in a cipher machine collection.

One reader writes: “I contacted the curator of the Crypto Museum, and he replied, ‘I have looked at the photographs, but I have absolutely no idea what it is.'” I don’t know, which Crypto Museum this reader means. It could be the Cryptomuseum website (operated by my friends Paul Reuvers and Marc Simons) or the National Cryptologic Museum operated by the NSA. In both cases, the person who replied to this enquiry was certainly competent.

Here are a few other suggestions Reddit users have made:

All in all, nobody appears to have a real clue on what this device is about. Can a reader of this blog solve the mystery?
Follow @KlausSchmeh