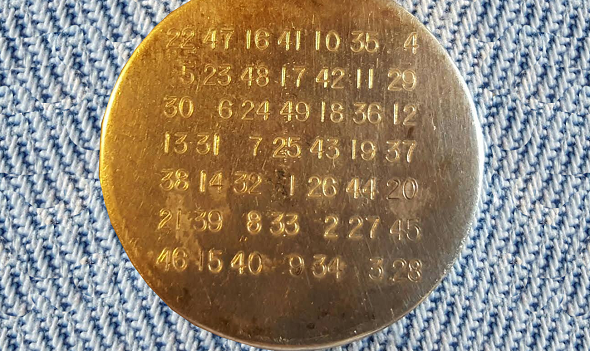 A dog tag introduced by a Reddit reader bears an inscription that looks like encrypted text. Can a reader solve this cryptogram?

Over the last five years, I have covered many interesting crypto objects: encrypted letters, encrypted postcards, encrypted gravestone inscriptions, encrypted notebooks, and encrypted dedications – to name but a few examples. Blog reader Rallinger has now drawn my attention to something I have never written about before: a cryptogram engraved on a dog tag.

A number sequence on a dog tag

This dog tag cryptogram is currently discussed on Reddit. The following picture of it was published by Reddit user ipchristian1: 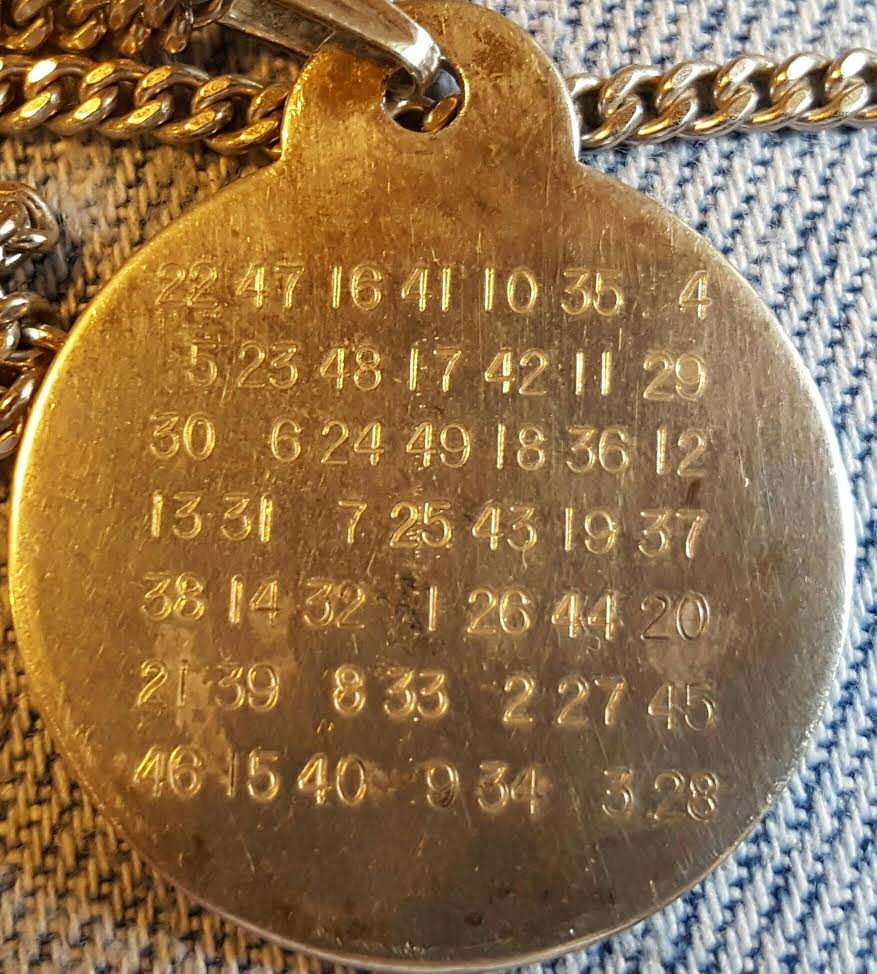 The cryptogram turns out to be an anagram

ipchristian1 writes: “Unfortunately, the person who emailed this over to me is unable to tell me anything about the history of this, so I can’t comment on the language, history, or provide any useful clues. It seems that after the dot in the above code, are numbers – perhaps this indicates an order? The first part of the code doesn’t have a starting single digit. Once rearranged, other strange patterns start to appear too, more numbers appear in sequential orders, with the numbers in that first row being ‘missing’ from the sequences.”

Later, the owner of the dog tag published the following comment: “I believe this is English but it’s possibly Lithuanian as that’s where the man’s parents were from. I have no evidence but I also think it may be biblical.”

What  else can it be? Here are a few possibilities:

Still, I don’t know why somebody would engrave something like this on a dog tag (if it was used as a dog tag at all).