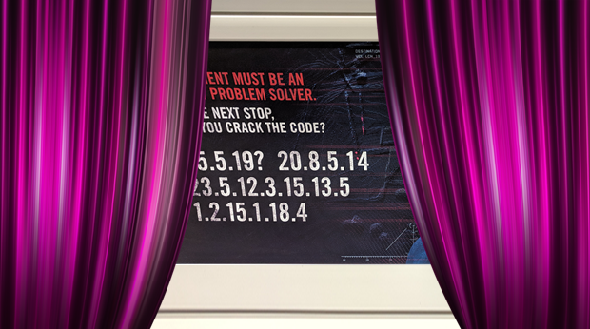 An advertisement poster that is currently shown in London underground trains contains an encrypted message. It is not very hard to solve.

Advertisement campaigns that include encrypted messages have a long tradition. For instance, the following poster that advertises a New York shoe store stems from the 19th century (I blogged about it in 2014):

This cryptogram can be solved by laying the counterpart depicted in the following advertisement on top of it (in 2014, blog reader Armin Krauß was the first one who found out how it works): 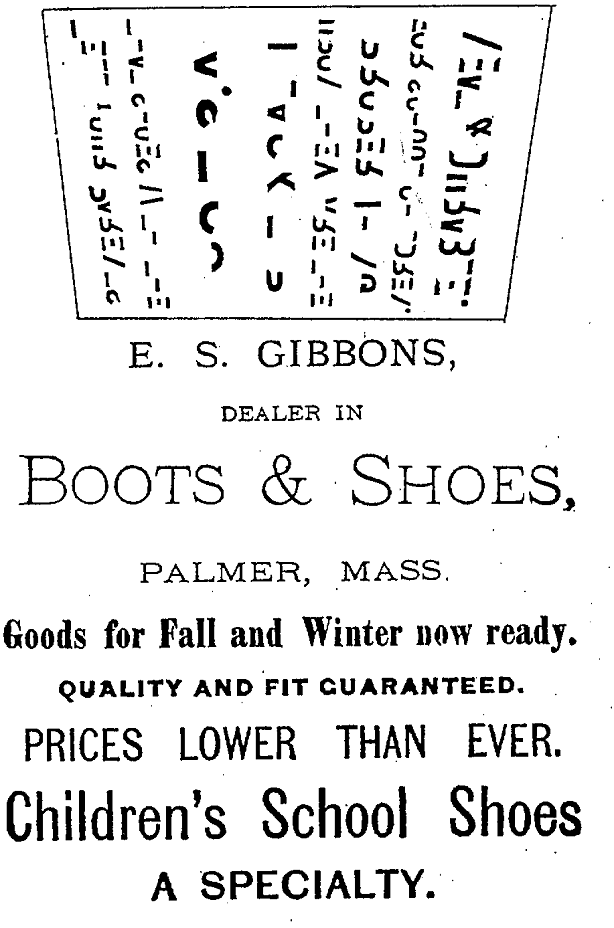 The cleartext is the following:

TELL YOUR PARENTS
THAT SHOES WITH THE
A.S.T.C.O.
BLACK TIP
UPON THEM ARE THE
PROPER THING
FOR SCHOOL CHILDREN.
NEAT & DURABLE.

Believe it or not, the following picture (published in the Daily Telegraph in 1909) advertises a product, too: 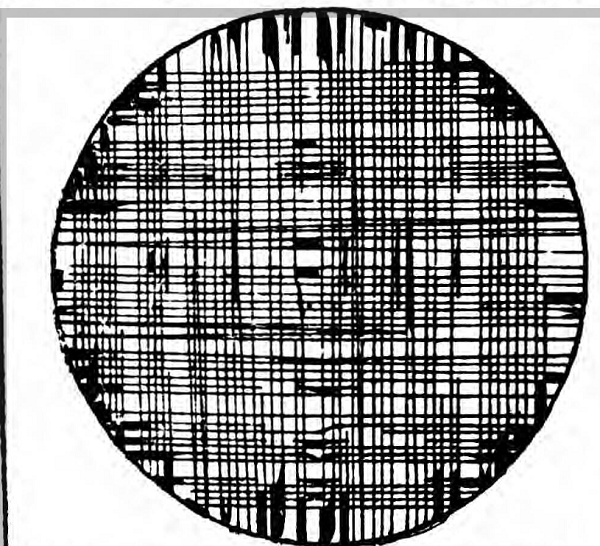 The solution is described in a blog post I published in 2014.

The most popular advertisement campaign that involved encrypted messages was that of the milk flavoring powder Ovaltine (known to Europeans as Ovomaltine). The producer of Ovaltine placed its first crypto commercials in 1934 in the radio show Little Orphan Annie. From 1941 on, a certain Captain Midnight promoted Ovaltine and provided encrypted messages to his listeners and spectators, as can be seen in the following commercial spot:

George Lasry, who is known to readers of this blog as a great codebreaker, recently sent me a picture of another encrypted message that is a part of an advertisement poster. Here it is: 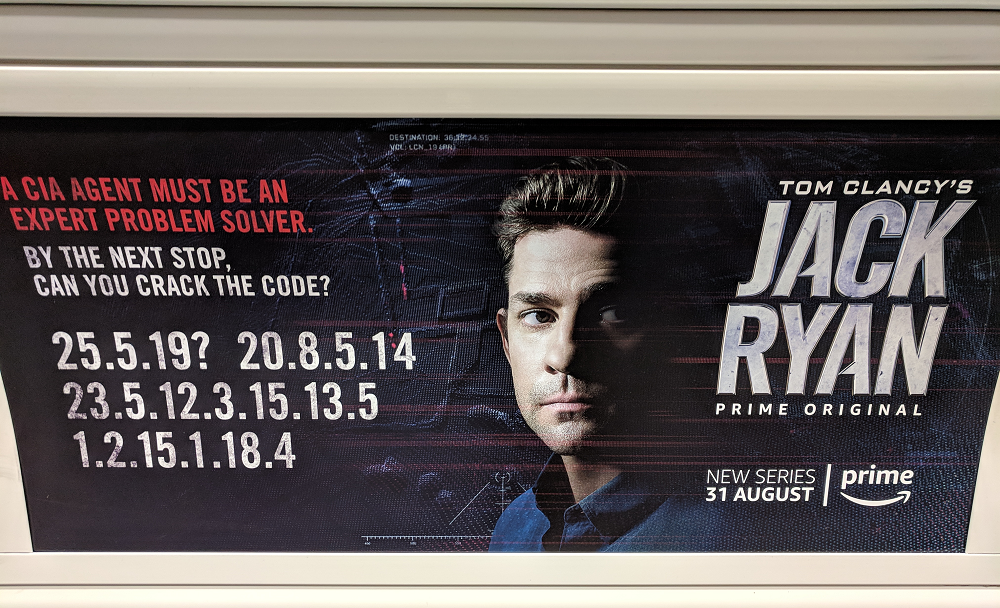 George saw this poster in a London underground train. On the poster it says: “By the next stop, can you crack the code?”. Apparently, this motive was designed especially for the underground.

Can you solve this message? It is not very difficult. I am sure that George Lasry found the solution before he reached his destination.

The product that is marketed here is an upcoming US web television series titled Tom Clancy’s Jack Ryan. This action thriller series is based on the fictional character Jack Ryan, which appears in many of the novels written by bestseller author Tom Clancy.

If you see other Jack Ryan posters bearing an encrypted message or if you see the poster introduced in this article somewhere else, please let me know.
Follow @KlausSchmeh