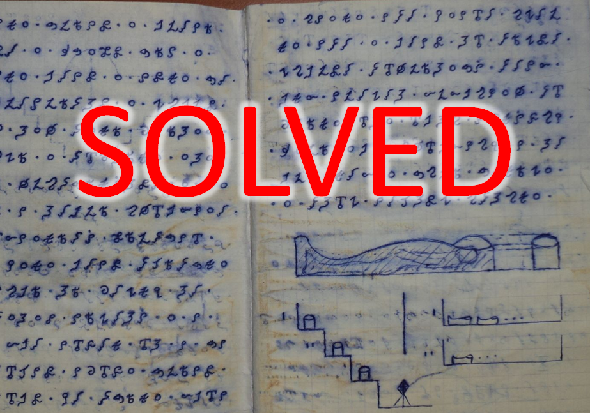 The book of the sleeping virgins

in the beginning there was nothing
only emptiness then fire
gave birth to everything from a needle to a
the sky of stars and of dust
the mighty forces were
Le tve? so let’s see (!)
land and for a long time not
there was nothing on her
emptiness and arose life

there were grasses and trees
live [sic!] birds and birds and
there were virgins and were those
the virgins are beautiful and wise
they had the power of knowledge
and reason and created an ini-
city ​​of crystal and pi
ramis in the bowels of the outflow
so there was a kingdom
the virgin lived and lived happily
while the blue stone did not fall and
he entered the place in a tv
The ground of the soil is [] and grass
other bark became poison
ita and came out of them fish
grew tails and paws

Only one question remains: what is this cleartext about? A reader of the online forum provided the following explanation:

It looks like an outline of a fantastic novel. Maybe the author used encryption to prevent his ideas from being stolen. In this case, I apologize profoundly to the author of the cryptogram.
Follow @KlausSchmeh