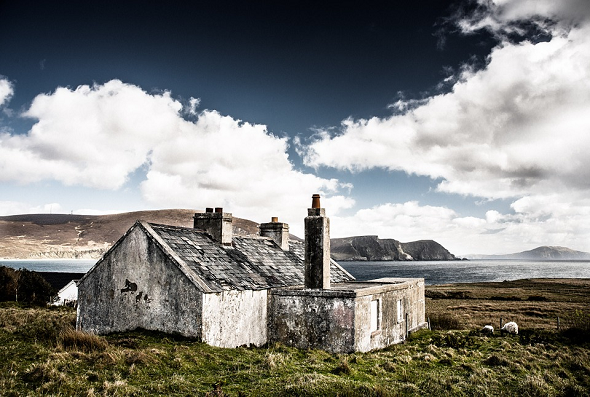 US codebreaker Jim Gillogly broke over 1,000 transposition cryptograms created by IRA activists in the 1920s. Only one of these messages remained unsolved. Can a reader break it?

Decoding the IRA is the title of a book published in 2008 by codebreaking expert Jim Gillogly and historian Tom Mahon. This work is about 300 documents containing encrypted messages Mahon dicovered in a Dublin archive. These documents originated from the estate of Irish activist Moss Twomey (1897-1978), who was the leader of the Irish Republican Army (IRA) from 1926 to 1936. 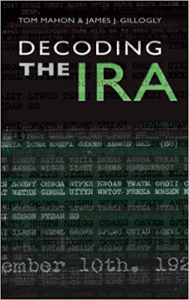 How Jim Gillogly decoded the IRA

Most of the encrypted texts are dispatches sent between the IRA headquarters in Dublin and IRA activists on the British Isles and in the USA. The rest of the collection consists of cipher messages exchanged between detained IRA members and Twomey or his comrades. In all, the corpus consists of about 1,300 individual cryptograms.

Tom Mahon, who researches the history of the IRA, lacked the expertise to decipher the cryptograms. He therefore asked the American Cryptogram Association (ACA) for help. When six of the cryptograms were published on the ACA mailing list, ACA member Jim Gillogly …

… immediately became interested. He analyzed the cryptograms and quickly solved all six of them. This was the start of a fruitful partnership between Jim and Tom Mahon. Over the next months, Jim managed to decipher almost all of the Twomey cryptograms. The cleartexts, which provided insights into the work of the IRA in the 1920s, proved extremely valuable for Tom Mahon’s research project.

The first chapter of Decoding the IRA, in which Jim explains his deciphering work, is a fascinating read for everybody interested in codebreaking. The rest of the book, which is based on information gained from the deciphered messages, does not contain much information about cryptography, but it is worth reading for everybody interested in Irish history.

The following IRA message, which is dated 1927, is one of the six Tom Mahon sent to the ACA and that was subsequently shared on the ACA mailing list (it consists of 151 letters):

When analyzing this cryptogram, Jim Gillogly saw that the E was by far the most common letter with 23 appearances, followed by A, R and I. The letters Q, B and V turned out to be very rare. These frequencies are consistent with the English language, although the ratio of vowels (47 percent) seemed a little high (40 percent is usual). So, Jim assumed that he dealt with a transposition cipher. His guess was that a column-based transposition was used.

In his 40 years as a codebreaker, Jim Gillogly had written a considerable amount of cryptanalysis software for his personal use. Among other things, he was one of the first to use Hill Climbing for cryptanalysis. In this case, he used a Hill Climbing program tailored to break a column-based Transposition. He assumed a line length between 8 and 15 and started separate tries for each length. When he tried a line length of 12, he received the following cleartext candidate:

This string contains many words that make sense. It is even possible to read a meaningful sentence (THE ADDRESS TO WHICH YOU WILL SEND STUFF …) from it. However, there are quite a few letters that don’t make sense. Jim restarted his program, with different starting keys, about a 100 times, but he didn’t get a better result. The keyword his software found was FDBJALHCGKEI (this was certainly not the original one used by the IRA, but it was equivalent). For further analysis, he looked at the transposition table his program created:

Now, Jim immediately recognized how this result had come about: the encipherer had inserted two columns of meaningless vowels. In addition Jim’s program had switched the L and the H column. So, here is the correct table:

THE ADDRESS TO WHICH YOU WILL SEND STUFF FOR QMG IS MRS SWEENEY FRUITERER AND GREENGROCER FIVE HAROLD’S CROSS DUBLIN TRY TO MAKE IT UP TO APPEAR LIKE FRUIT.

Jim solved the other five cryptograms he received via the mailing list the same way. As it turned out, most of the 1,300 IRA cryptograms were encrypted in a column-based transposition. Jim could solve all of them – with only one exception:

The solution of this cryptogram is still unknown. Five years ago, I published my first blog post about it (in German), but noone could decipher it. A few readers remarked that the language of this message could be Gaelic instead of English. If you know more or if you can break the message, let me know.
Follow @KlausSchmeh