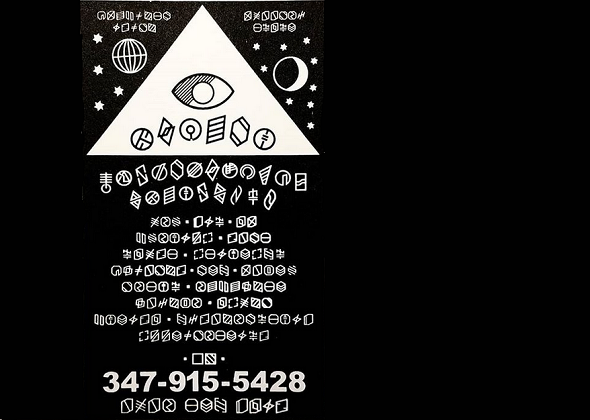 An advertisment poster an Instagram user has seen in a New York subway is completely encrypted. Can you decipher it? And can you tell me what is behind the “spiritual consultancy” that has published this poster and a few others?

Advertisement campaigns that include encrypted messages have a long tradition. On this blog I have introduced quite a few of them, including a New York shoe store advertisement from the 19th century and a Canadian chocolate bar ad from the 1980s.

On Instagram, I recently discovered another cryptographic advertisement poster. The special thing about this one is that the whole text it bears is encrypted. The only information given in the clear is a telephone number. Here is the poster: 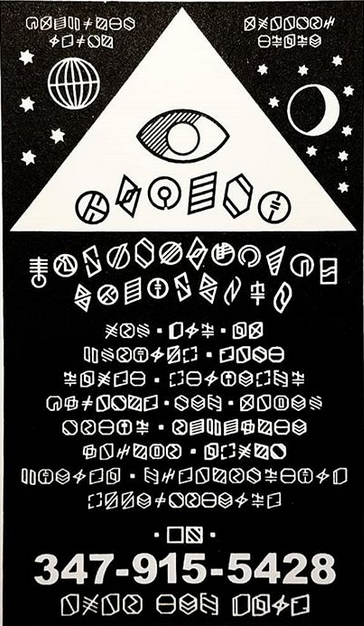 This poster was spotted in a New York subway train. The phone number traces to New York. On the same Instagram page it can be seen that a very similar poster was shown in the same train. It is not encrypted, but the text is hard to read because of the low resolution: 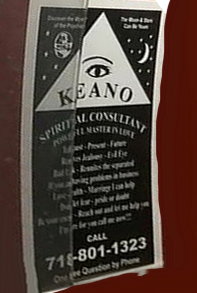 Apparently, this poster advertises a “Spiritual Consultant” (not necessarily something a skeptic like me believes in) working for a company named Keano. A Google search revealed that there are more advertisements of this kind. The following one has a similar content but shows a different telephone number: 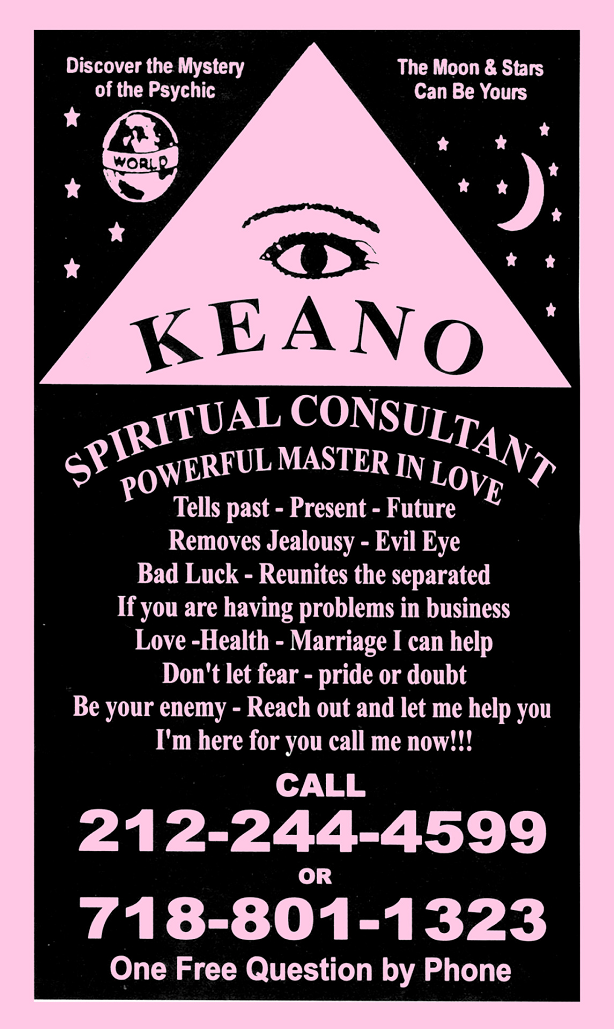 The following poster looks like a parody to me: 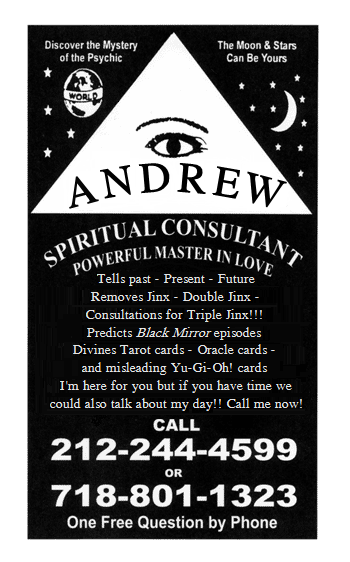 Of course, I typed in “Keano” on Google. I received many hits, but this spiritual consultancy seems to have no website. Instead, I found Keano T-shirt offerings and references to soccer star Roy Keane (nick-named “Keano”).

Can a reader solve the encrypted poster shown above? And can a reader tell me what all this is about? Is Keano a real company? Are these posters real or is this a hoax? Any hints are welcome.
Follow @KlausSchmeh