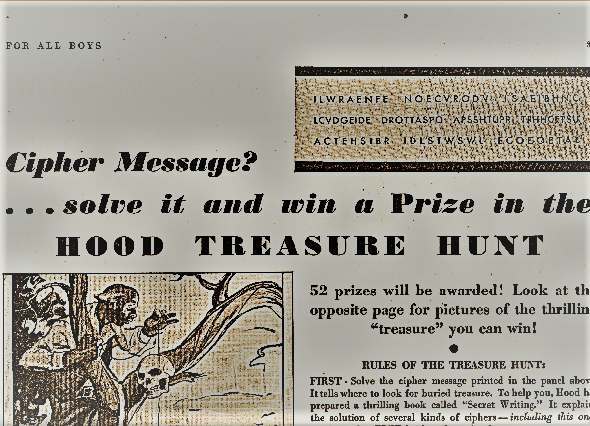 In 1931 US shoe manufacturer Hood published a series of advertisements containing encrypted messages in a boy scout magazine. Can you solve them?

Last week I blogged about an advertisement poster showing an encrypted message blog reader George Lasry had spotted in London a few days earlier. Now, blog reader Rossignol from France has informed me about a few more crypto advertisements. They are a little older, however.

In fact, Rossignol found these advertisements when he browsed through pre-WW2 issues of Boys’ Life, a magazine published by the Boy Scouts of America. 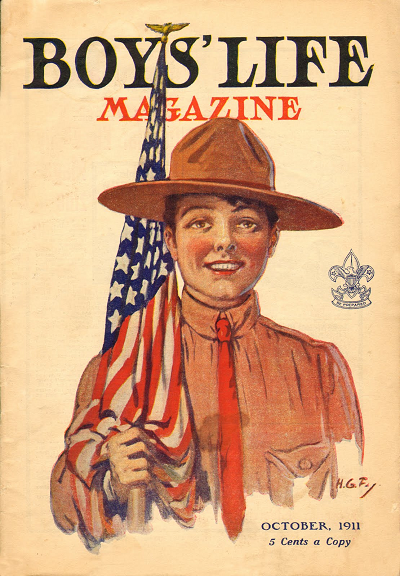 These advertisements were part of a “treasure hunt” (i.e., a competion) US shoe manufacturer Hood, a company located in Massachusetts, organized in 1931. In the April 1931 issue of Boys’ Life, Hood published the following advertisement that gave the go-ahead to the hunt: 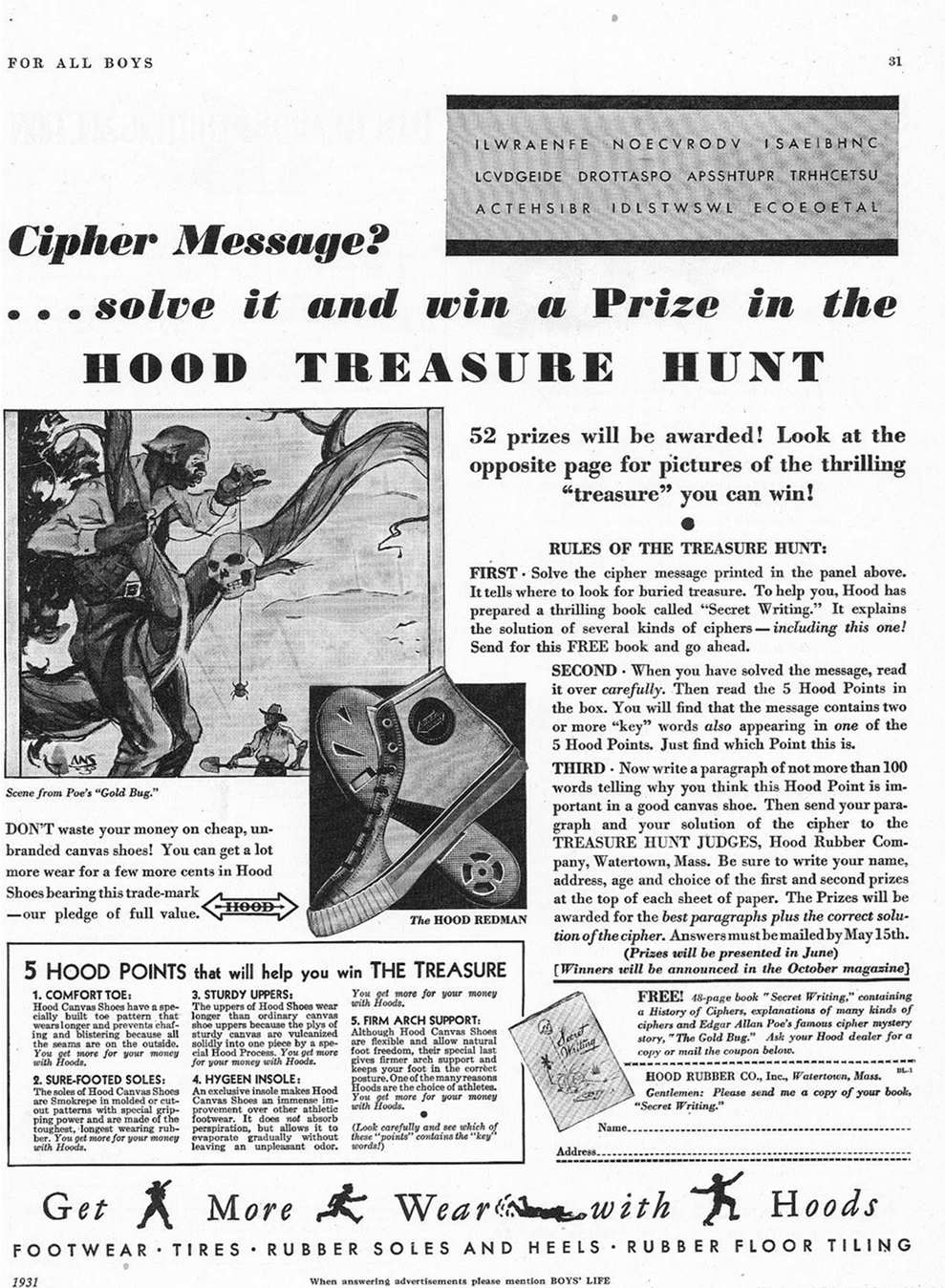 Rossignol has provided the following transcription:

In May 1931, another Hood advertisement appeared: 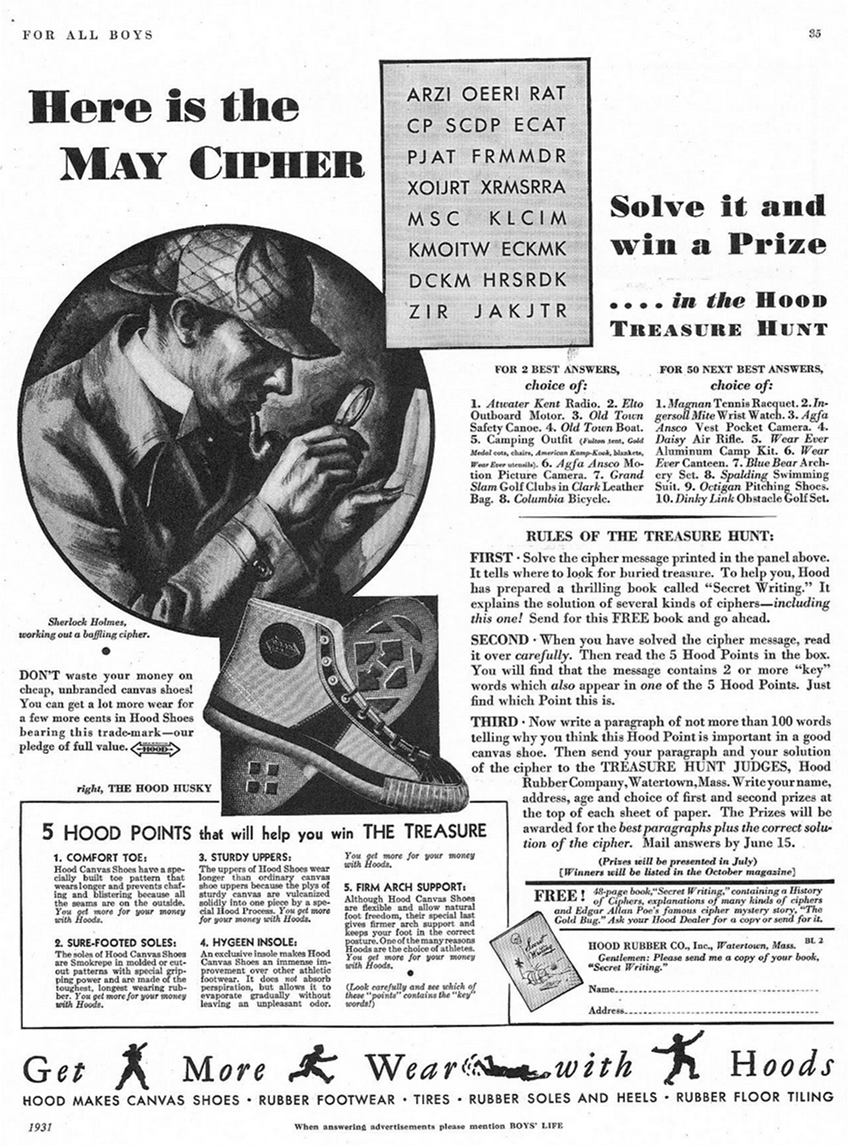 Advertisement #3, along with the third treasure hunt cryptogram, was published in the June 1931 issue: 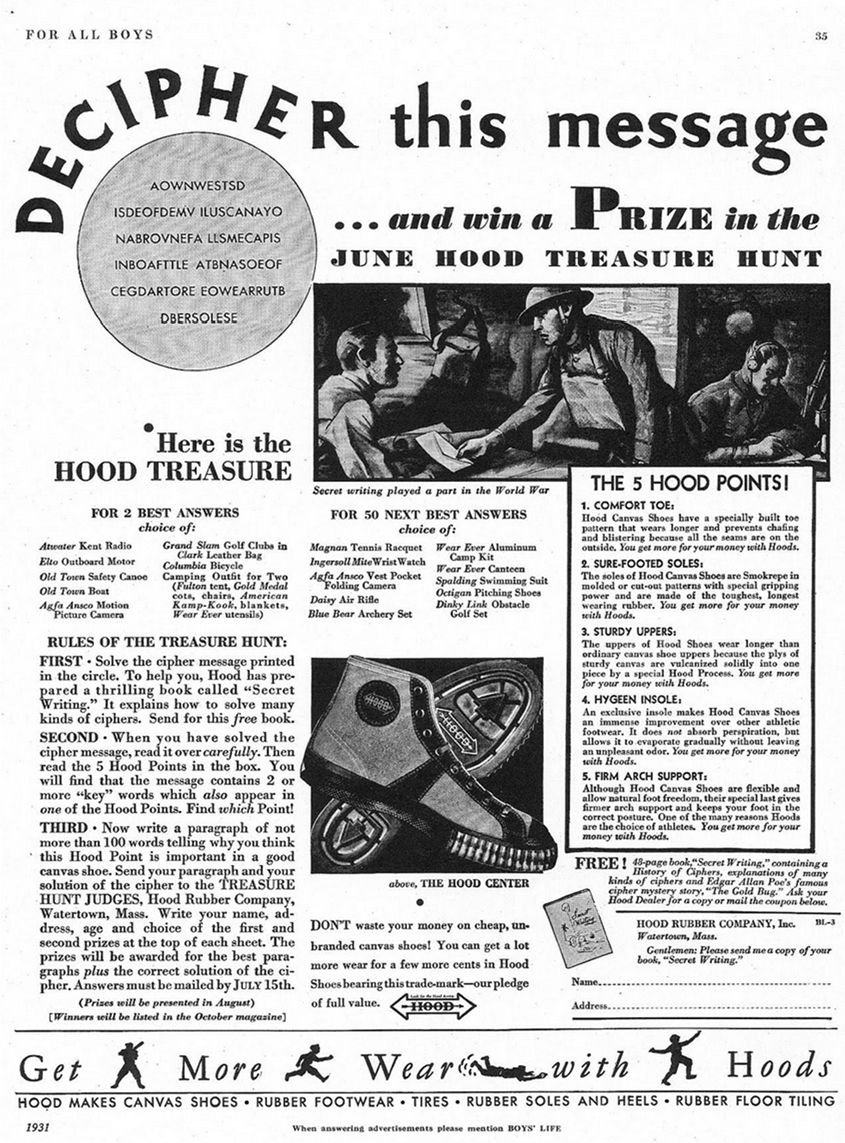 Rossignol transcribed the cryptogram as follows: 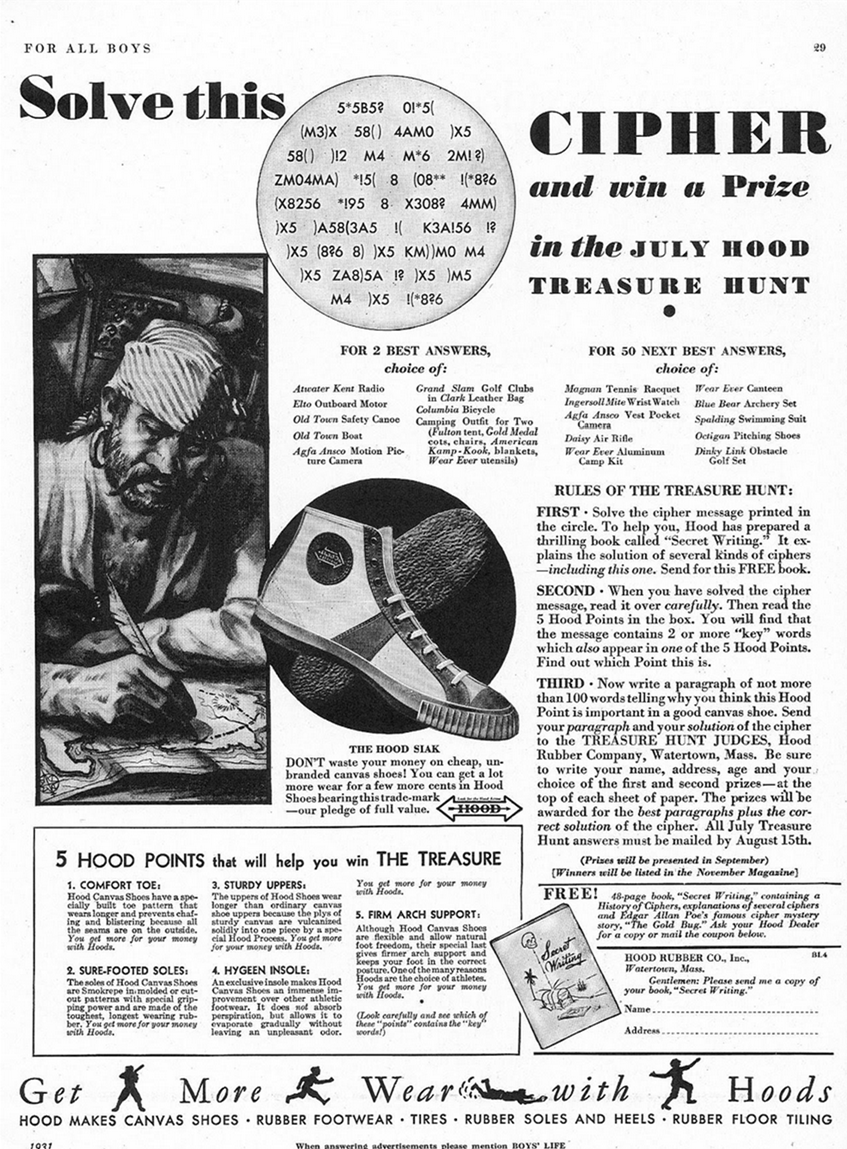 As far as I can tell, this collection of advertisements is complete. I’m afraid, it is too late for participating in the treasure hunt now, but solving the cryptograms is certainly still fun.

When I checked a few other issues of Boys’ Life, I found the following advertisement in the August 1931 issue. It is not related with the previous ones, but it shows an encrypted (better: encoded) message, too: