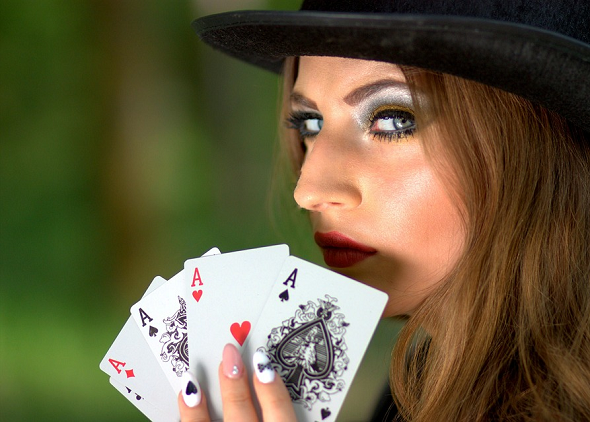 Designing a secure manual encryption algorithm is a challenge. Some cryptographers have developed ciphers that require a deck of playing cards. The best-known one of this kind is Bruce Schneier’s Solitaire. Today, I am going to introduce another one: Talon by Aaron Toponce.

Designing a purely manual cipher (i.e., one that can be executed without the necessity of a computer, cipher machine, or cipher tool) has proven a difficult problem. Most designs are either too complicated for practical use or insecure (some are even both). Almost all manual ciphers that were developed in the pre-computer era can be broken with a computer program today. Although manual encryption algorithms lost importance with the advent of computer technology, they are still an active field of research.

Here are a few of the best known manual ciphers:

There’s more: Pocket-RC4, Quadibloc, DECK, Mirdek, and Card-Chameleon are interesting manual ciphers, too. I have never looked at these in detail.

As mentioned above, Bruce Schneier has invented Solitaire, a cipher using a deck of cards. Solitaire is mentioned in Neal Stephenson’s bestseller Cryptonomicon, which made this algorithm popular. Here’s a video explaining it (the description of the actual algorithm starts at 2:44):

Today, Solitaire is probably the best studied manual cipher. Cryptanalysts have found a number of problems (check here for details) in this method, but as far as I know, it is still considered secure. On the other hand, encrypting a text with Solitaire is quite tedious. Six card operations are necessary for every letter encrypted. I wouldn’t like to encrypt a diary or a long letter this way.

After the success of Solitaire, several cipher designers developed more playing card ciphers – for instance, Talon, Mirdek, and Card-Chameleon. Talon is the algorithm I want to introduce today. It was developed by Aaron Toponce, a member of the FaceBook Cryptograms & Classical Ciphers group and, as far as I know, a reader of this blog. Talon is decribed on a website Aaron made.

Talon uses a Poker or Bridge card deck without the jokers (i.e., there are 52 cards). The key lies in the initial order of the deck. As with Solitaire, Talon is a stream cipher. To encrypt one letter, four steps need to be executed. The user will be making four discard piles (also known as “talons”), labeled 1, 2, 3, & 4 from left to right. Here is how the four steps work:

The output card is turned into an output number according to the following scheme:

To encrypt a letter, one adds its numerical representation (A=1, B=2, C=3, …) to the output number, rolling over back to 1 if the resulting value exceeds 26 (modulo 26 arithmetic). To decrypt, one subtracts each output value from its corresponding character in the ciphertext. An example is available on Aaron’s Talon web page.

The following video demonstrates how a Talon encryption works:

According to his website, Aaron created Talon in order to fix some of the cryptographic problems that have been discovered in Solitaire. I don’t know if Talon is much faster than Solitaire. Even if this is the case, encrypting a text with Talon requires some time and concentration. This is the price we pay for its presumed security.

If you have any experience with playing card ciphers, please let me know.
Follow @KlausSchmeh