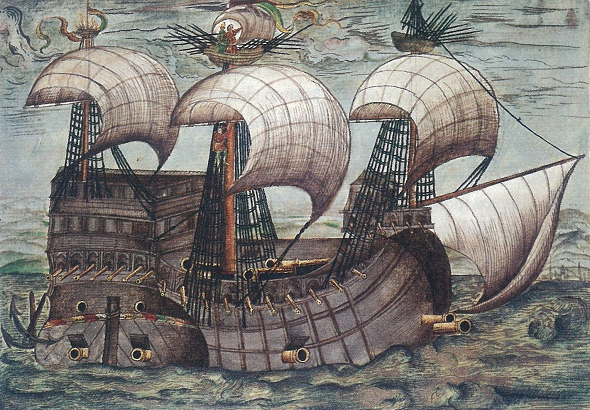 German adventurer and explorer Philip von Hutten (1505-1546) left behind an encrypted note that has never been deciphered. Can a reader of this blog solve this mystery?

Philipp von Hutten (1505-1546) certainly was a remarkable person. Born in Lower Franconia, von Hutten became a conquistador, when he joined a group of 600 adventurers who sailed out to conquer and exploit the province of Venezuela in 1534. He took part in a long and difficult expedition into the interior of South America in search of treasure (El Dorado). Later, von Hutten was appointed governor of Venezuela. He was captured and killed by a Spanish rival in 1546. 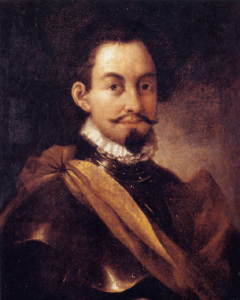 A blog reader has now made me aware of a cryptogram Philipp von Hutten left behind. It is contained in a letter he wrote from Venezuela to the German civil servant Matthias Zimmermann in 1535. A scan of this letter is depicted in the book Das Gold der Neuen Welt: Die Papiere des Welser-Konquistadors und Generalkapitäns von Venezuela Philipp von Hutten 1534-1541 by Eberhardt Schmitt. 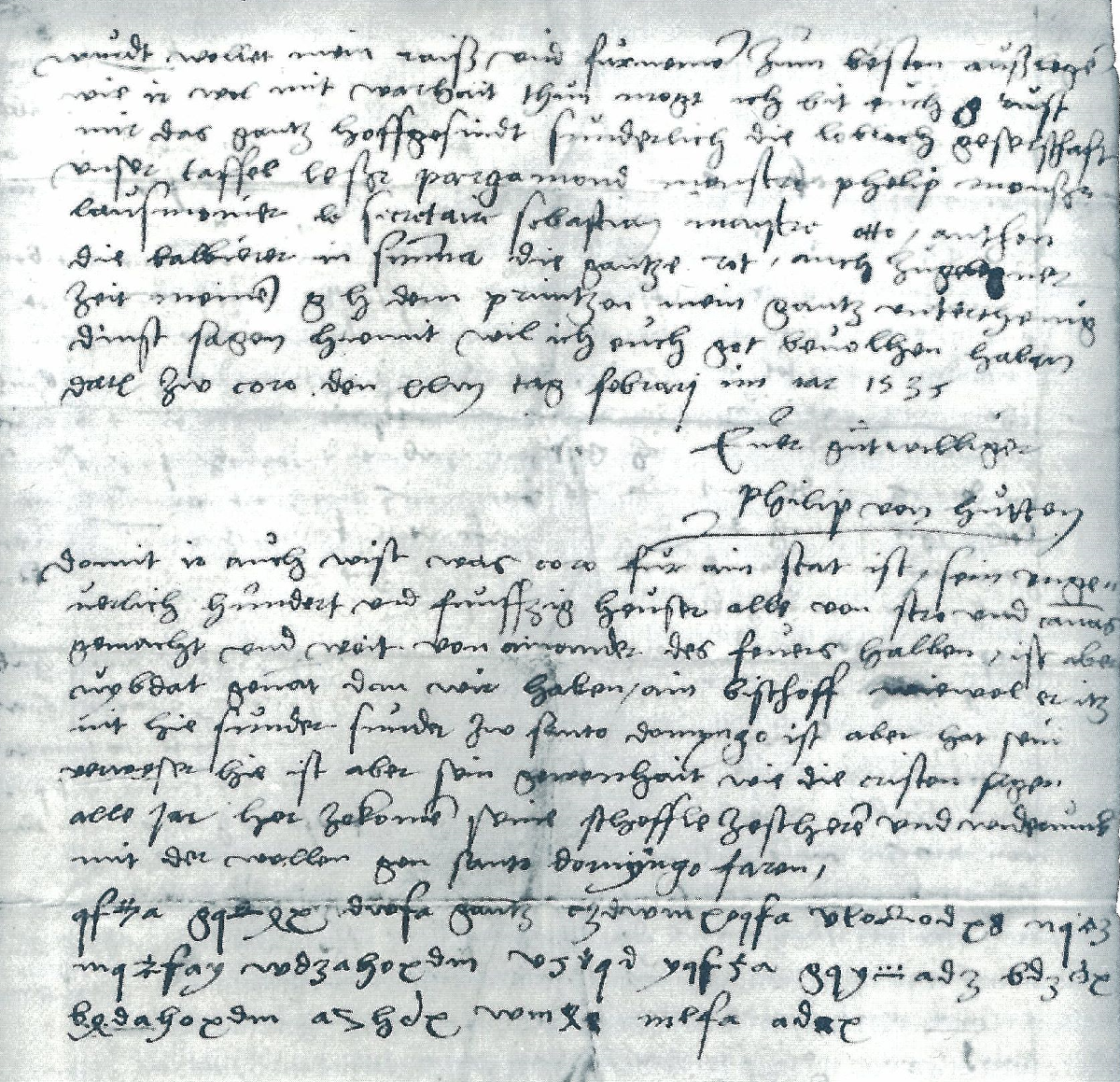 As can be seen, the last three lines of this letter are encrypted, while the rest is in the clear. The following image shows the cryptogram only:

According to the book mentioned above, this encrypted passage has never been deciphered.

The encryption systems used in Germany in the early 16th century were not the best. It is therefore very likely that von Hutten either used a letter substitution (MASC) or a very simple nomenclator. Unfortunately, there is not much ciphertext available for analysis, and von Hutten’s hand-writing is not always easy to read. In addition, 15th century German is difficult to understand, even for Germans. So, I am afraid that this cryptogram is a tough one. Can a reader break it anyway?
Follow @KlausSchmeh