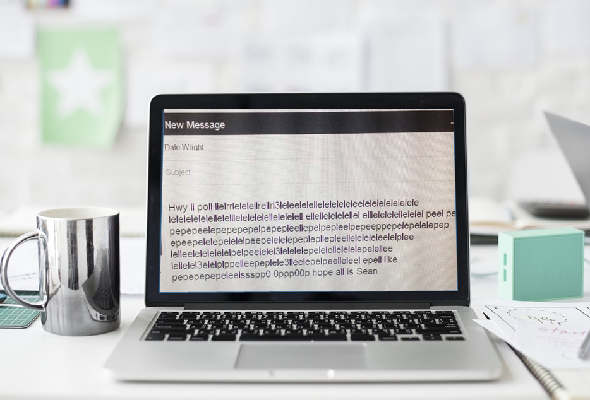 Three years ago, US codebreaker Gary Klivans provided me a screenshot that shows a seemingly random sequence of letters created by a criminal. So far, nobody has been able to make sense of this cryptogram.

Unsolved cryptograms that play a role in an unsolved criminal case have always been one of the most popular topics on this blog. Among the most notable cases are the Somerton Man, the Debosnys case, Ricky McCormick’s notes, and the Zodiac Killer.

In 2015, US gang codes expert Gary Klivans provided me another unreadable message that plays a role in an unsolved crime. The main problem about this message (I call it “Lelele cryptogram”) is that it is completely unclear whether it is an encrypted text at all. An FBI crypto specialist I talked to at the 2015 NSA crypto history conference said: “It looks like a cat has run over a computer keyboard.” I must admit, there is something to this. 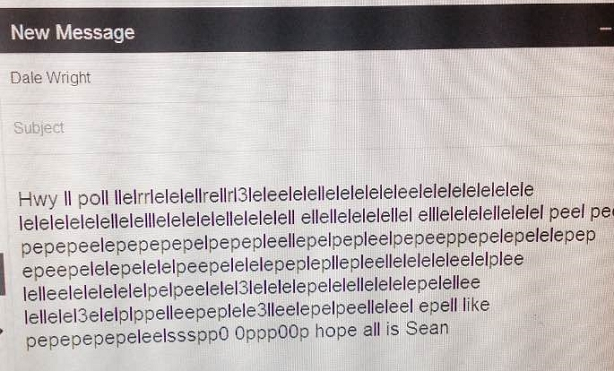 Unfortunately, Gary Klivans couldn’t give me any background information about this message. He described the author of the cryptogram as a computer programmer. I don’t know the type of the crime in question – if computers are involved, it’s often child pornography, but this is mere speculation. Perhaps, the screenshot was taken by a policeman during a house search.

As can be seen, the cryptogram mainly contains the letters “p”, “e” and “l”. It is clear that the cipher used is neither a MASC nor a transposition.

I published my first blog post about the Lelele cryptogram in July 2015. There were over 30 comments. Blog reader Schorsch wrote:

The letters “e” and “r” as well as “p” and “l” lie next to each other on a standard keyboard. The “3” and the “0” could be accidently typed “e”s or “l”s, respectively. Such a character pattern as in the cryptogram may appear, if one controls a computer-game character by means of a keyboard and the keystrokes are logged in a text window. The usual keys would be “w”, “a”, “s” and “d” for the left-handed control of the figure, while the right hand takes over special functions like bouncing, jumping, and crawling. However, it may also make sense to distribute the control to both hands, and occasionally bounce with the space bar and acknowledge any action with the enter key.

Blog reader Wikka remarked that the Lelele cryptogram looks similar as a text that has been created with a so-called Kenny translator.

Can a reader find out more about this mystery? If so, please leave a comment.
Follow @KlausSchmeh