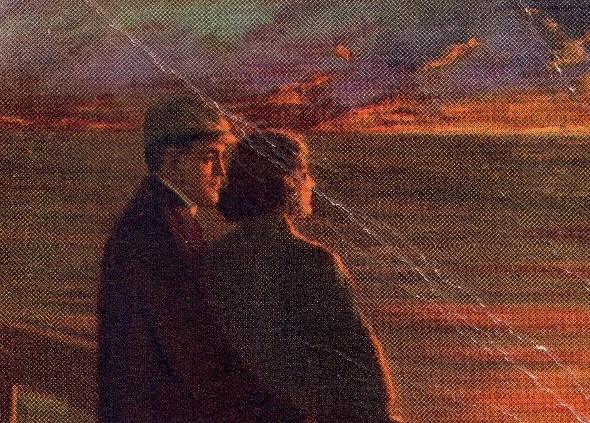 In 1913, an unknown person sent an encoded postcard to a man living in the then German town of Nieder-Jeutz. It is not possible to decipher this card unambiguously, but a few guesses can be made.

Over the last five years, I have introduced over 100 encrypted postcards on this blog. My readers have deciphered almost all of them. Among the very few exceptions are two cards a woman in Kent, UK, received in 1911. 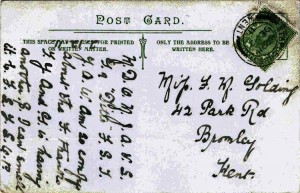 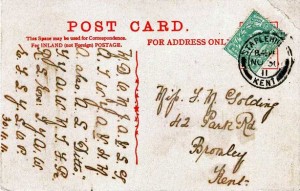 I blogged about these two postcards in 2014. The reason why no reader posted a solution is easy to see: the two messages are not encrypted in the usual sense; instead they are written in an abbreviation code, i.e., every letter of the message is the starting letter of a word. It is not possible to decrypt a message of this kind unambiguously.

An abbreviation code is rarely encountered on a postcard – usually, the receiver of a message wants an unambiguous statement. The two postcards shown above are among the few I knew about until recently. Yesterday my friend Tobias Schrödel, who is a famous comedy hacker and editorial member of the German TV magazine Stern TV, provided me another postcard with an abbreviated message. Here’s the picture side of it: 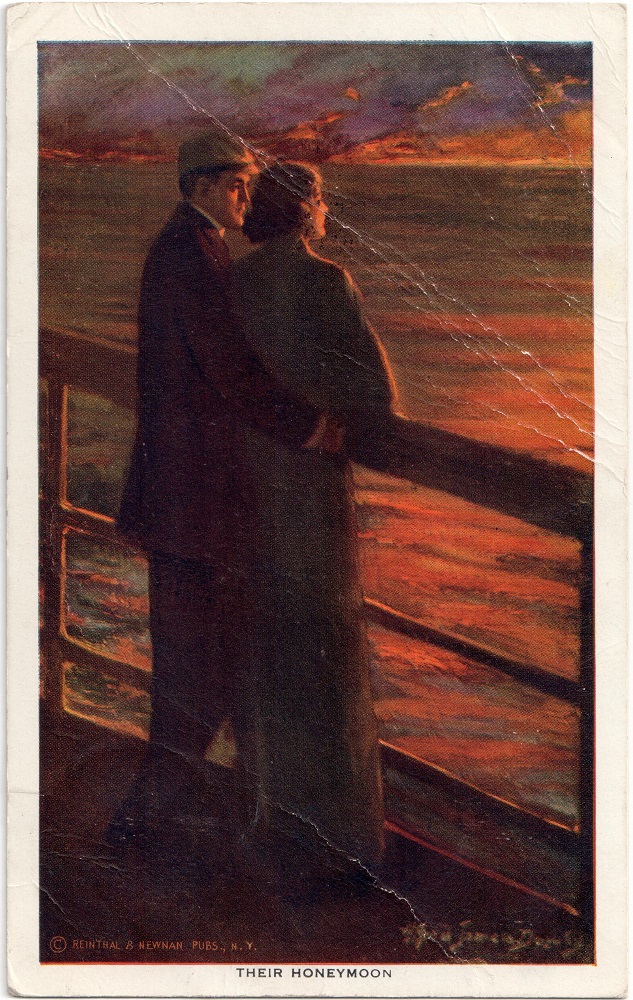 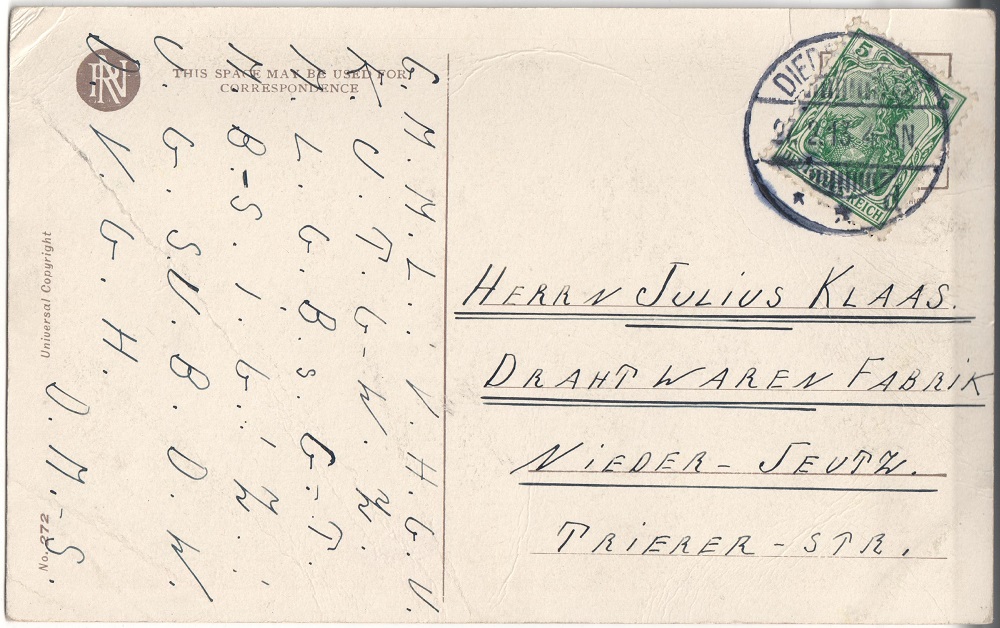 The recipient of the card was a Julius Klaas living in Nieder-Jeutz (Yutz), which is today located in Eastern France. In 1913, when the card was written, Nieder-Jeutz belonged to Germany. The sender is not known; probably it was Julius’ Klaas lover. If we look at the message, … 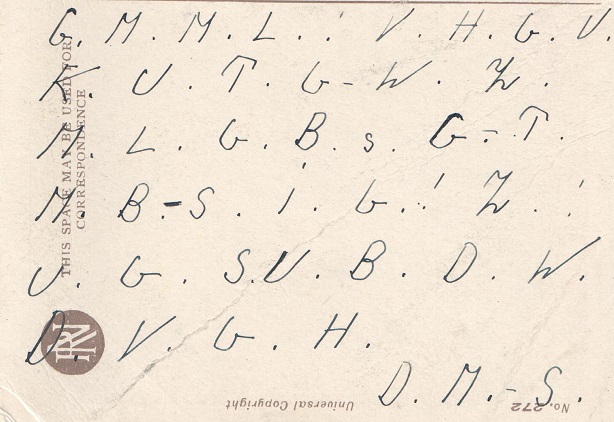 … we see that we almost certainly deal with an abbreviated German text. It is, of course, not possible to find a unique solution of this cryptogram, but we can make a few guesses. For instance, the first line might read: “Guten Morgen, mein Lieber! Viele herzliche Grüße von …”.