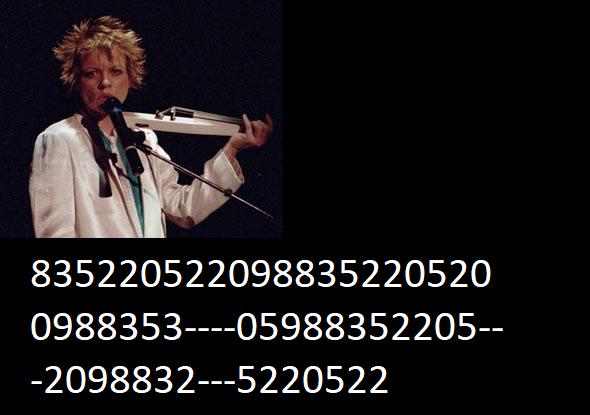 A video by US musician Laurie Anderson contains a spoken sequence of numbers. Can a reader make sense of it? 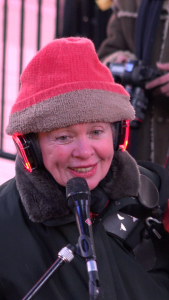 In 1981, Anderson had a top-ten hit titled “O Superman”; her second signature song is “Sharkey’s Day”, which was for many years the theme song of the TV channel Lifetime Television. Both songs are certainly not what one would call mainstream, and neither are her many other music projects. In some of these she cooperated with famous musicians such as Peter Gabriel, Lou Reed, and Jean Michel Jarre.

Although Laurie Anderson is far from a no-name, I had never heard of her until I recently read about her in the r/codes group of Reddit. She was mentioned there by a user named evolutionista, who informed Reddit readers about the music piece “Wind Whistles Through The Dark City” performed by Laurie Anderson and the Kronos Quartet. 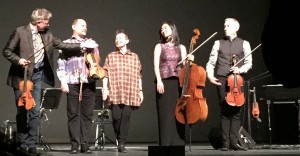 Here’s the video clip of “Wind Whistles Through The Dark City”:

According to the Reddit post, “Wind Whistles Through The Dark City” is about the wind picking up as Hurricane Sandy approaches New York City. During the piece, a male voice says a sequence of numbers in Russian at steady intervals. Here’s a transcription evolutionista provided (during some parts the instrumentals obscure the number reader, so the transcription is probably incomplete):

As far as I can see, a single number sequence is repeated several times.

The spoken numbers sound like a radio message from a numbers station. If the spoken words in the music piece are a recording from a real numbers station, we will probably never learn what the message means. However, if this is only an immitation created by the performing artists, it might be possible to decipher the message.