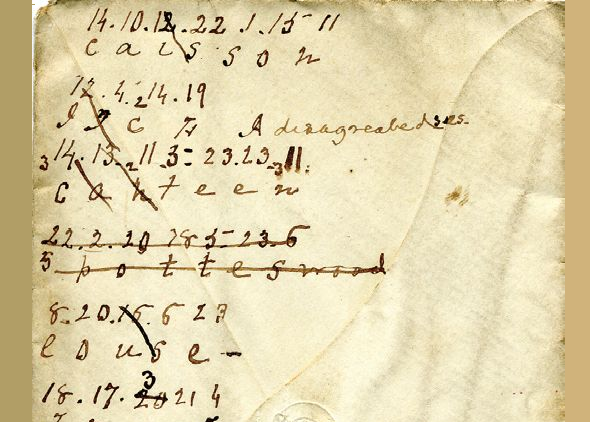 On a US website, a cryptogram from the Civil War is introduced. The plaintext is written below it. Can a reader find out if the decryption is correct and what cipher has been used?

The US Civil War (1861-1865) was the first war in history, in which telegraphy played a major role. For obvious reasons, telegraphy messages had to be encrypted – a task that proved difficult, as both sides had no experience in cryptography and no trained cryptologists at hand. For this reason, the encryption systems applied in the Civil War were not the best. Many did their job anyway, as the codebreaking skills of the war-leading parties were not especially sophisticated, either.

On a US stamp dealers website I recently found the following cryptogram from the Civil War: 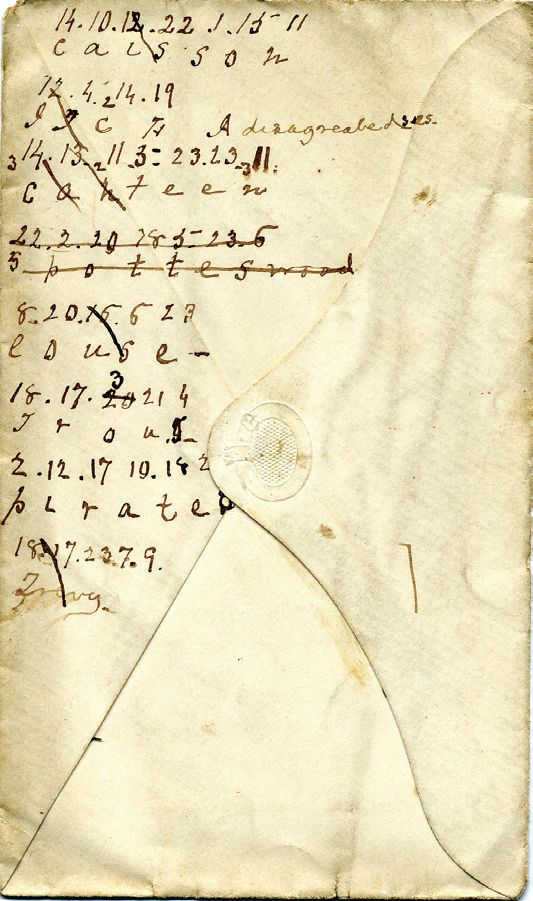 This cryptogram is noted on the rear-side of an envelope. The address written on the front-side is “James M. Rawlings, Rockbridge Artillery, Hardaway’s Battery, Army of N(orthern) V(irgini)a.” 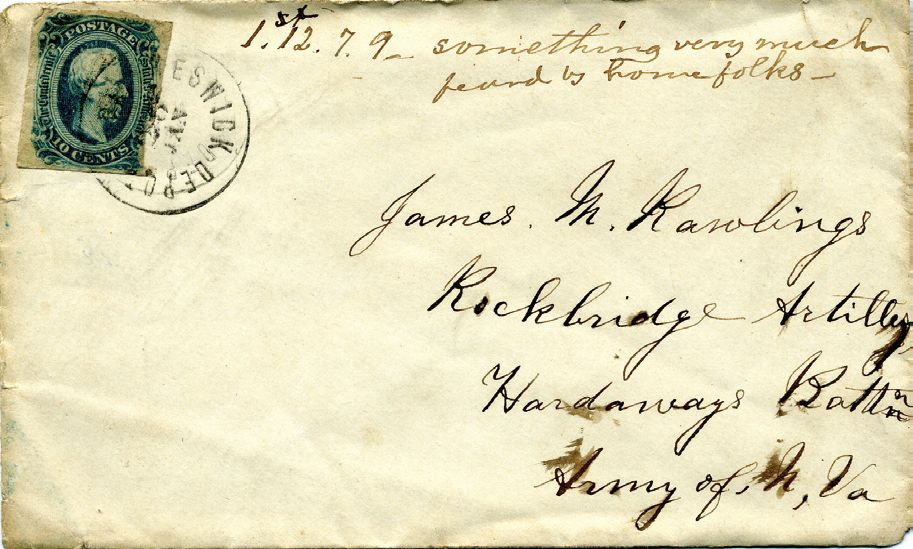 The first question is why this message was written on this envelope. My guess is that somebody simply used the envelope as a note sheet. There is not necessarily a relationship between the cryptogram and the recipient of the letter.

The next and probably most important question is what the message means. This question is seemingly easy to answer, as the plaintext is written below the encrypted message. It reads as follows: “caisson, canteen, Spotteswood, louse, pirated”. According to the stamp dealer page, “Spotteswood” might stand for a hotel located in Richmond, Virginia. Apart from this, I don’t understand this message. Are the words “caisson”, “canteen” and so on taken from a codebook? Is the decryption correct at all?

If the decryption is correct, it is clear that a polyalphabetic cipher was used. This can be seen, for instance, in the first line, where both 1 and 22 stand for the letter “s”. The most important polyalphabetic cipher used in the 19th century was the Vigenère cipher. In fact, it is known that the Vigenère cipher was applied by the Confederates during the Civil War. This is described on the website of Satoshi Tomokyo as well as in Craig Bauer’s book Unsolved!. Here’s what Craig writes about this topic:

The Vigenère cipher has seen extensive use over hundreds of years. It was used by the Confederacy in the Civil War, and it had long been believed that they only ever used three keys: MANCHESTER BLUFF, COMPLETE VICTORY, and (after General Lee’s surrender) COME RETRIBUTION. In 2006, however, Kent Boklan, attempting to break an old Confederate message, discovered a fourth key [BALTIMORE].

Is this cryptogram noted on the envelope Vigenère-encrypted in one of these four keys?

According to the stamp dealers site, a cipher disk might have been used for encrypting the cryptogram on the envelope. This is certainly possible. As my friends Marc Simons and Paul Reuvers write on their Cryptomuseum website, the Confederates in fact used a cipher disk for Vigenère encryption (such a disk is not really necessary for a Vigenère cipher, but it makes enciphering a little easier).

Can a reader find out more about this cryptogram? If so, please leave a comment.
Follow @KlausSchmeh