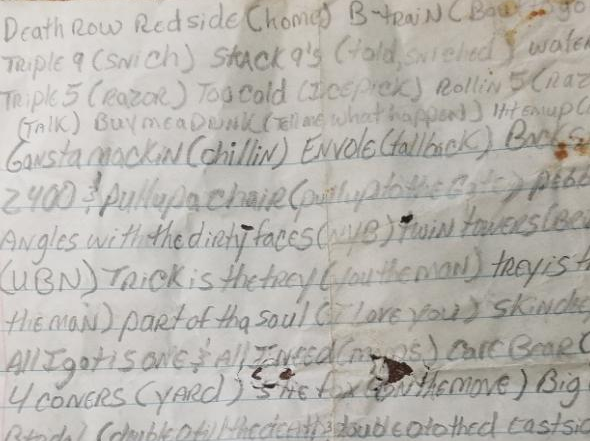 A Reddit user has posted scans of something that looks like a small codebook. It was found in a prison. Can a reader say more about it?

Last week, I blogged about an encrypted diary by a pedophile priest (solved by Tony Gaffney) and a letter sent from prison. Both articles received exceptionally many page hits, which once again shows that crime-related topics are very popular among my readers.

After this, I performed a Google search for more crime-related cipher stories. In fact, I found one on Reddit. I was a little surprised about this find, as I check the /codes forum on Reddit regularly without ever having noted this post. The reason for this is that this query was not published in /codes, but in a Reddit forum named /mildlyinteresting. It’s definitely not a good idea to post a codebreaking question there, if you want crypto experts to read it.

The post in question is titled “Old gang cipher we found during renovations of a decommissioned prison”. It was published four months ago by a Reddit user named /theekevinbacon. Apart from the headline and two pictures, the post only contains an extremely short text: “What are your thoughts?” Of course, it would be helpful to know more about the background of the sheets depicted, but no additional information is available. 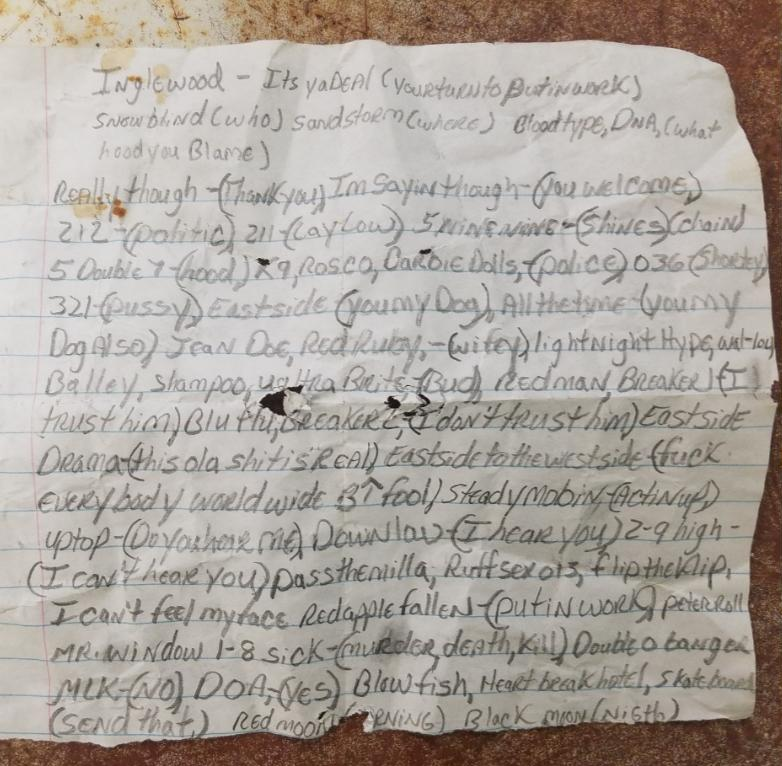 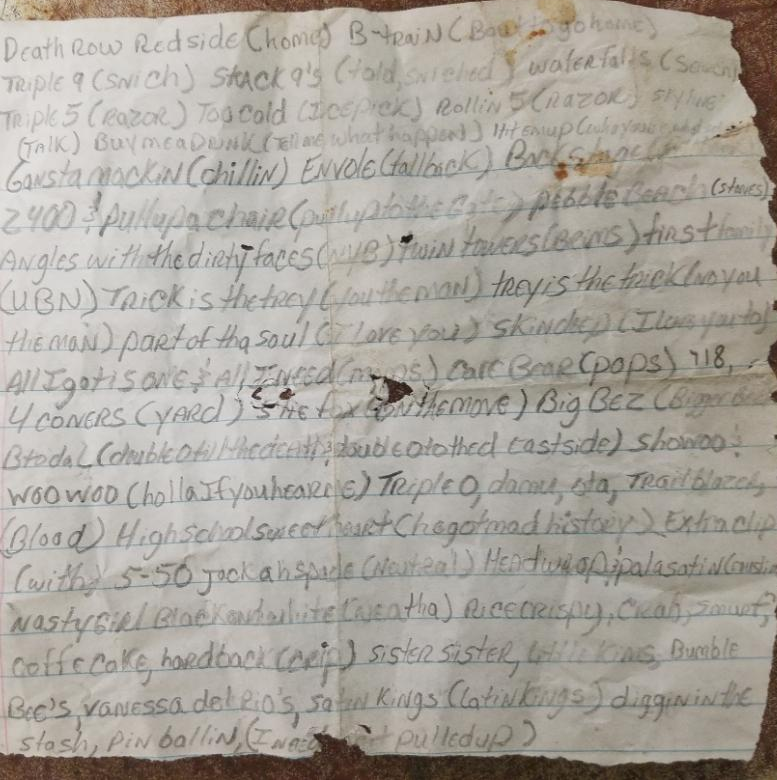 What kind of document is it?

My first guess was that these to texts represent an encrypted message. However, a closer look shows that they look more like a codebook. If so, I don’t know how this code might have been used. Is “home” the codeword for “death row red side”? And what does “death row red side mean” at all (this expression doesn’t show up in a Google search). Perhaps, I’m wrong and this is not a code but something completely different.

So, all I can do is ask my readers. If you can provide any information about these two sheets, please let me know.
Follow @KlausSchmeh