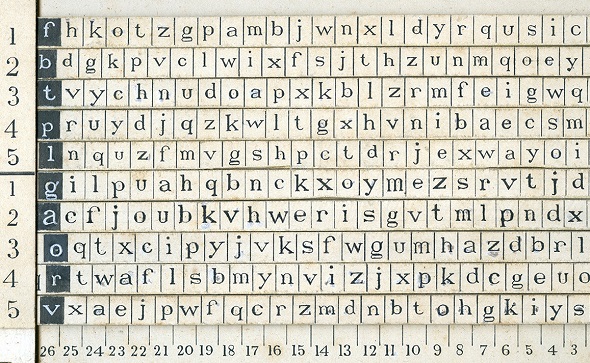 Crypto collector Glen Miranker has come across an interesting strip cipher device. He can’t find any information about it. Can a reader help?

Last Saturday, I received an email from San Francisco based cipher machine collector Glen Miranker, whom I have met many times at crypto history conferences. Glen has come across a crypto device that was discovered in a London antiquarian book shop in 2018. It’s named “Suggate’s ‘Inpenetrable’ Secret Cipher”. 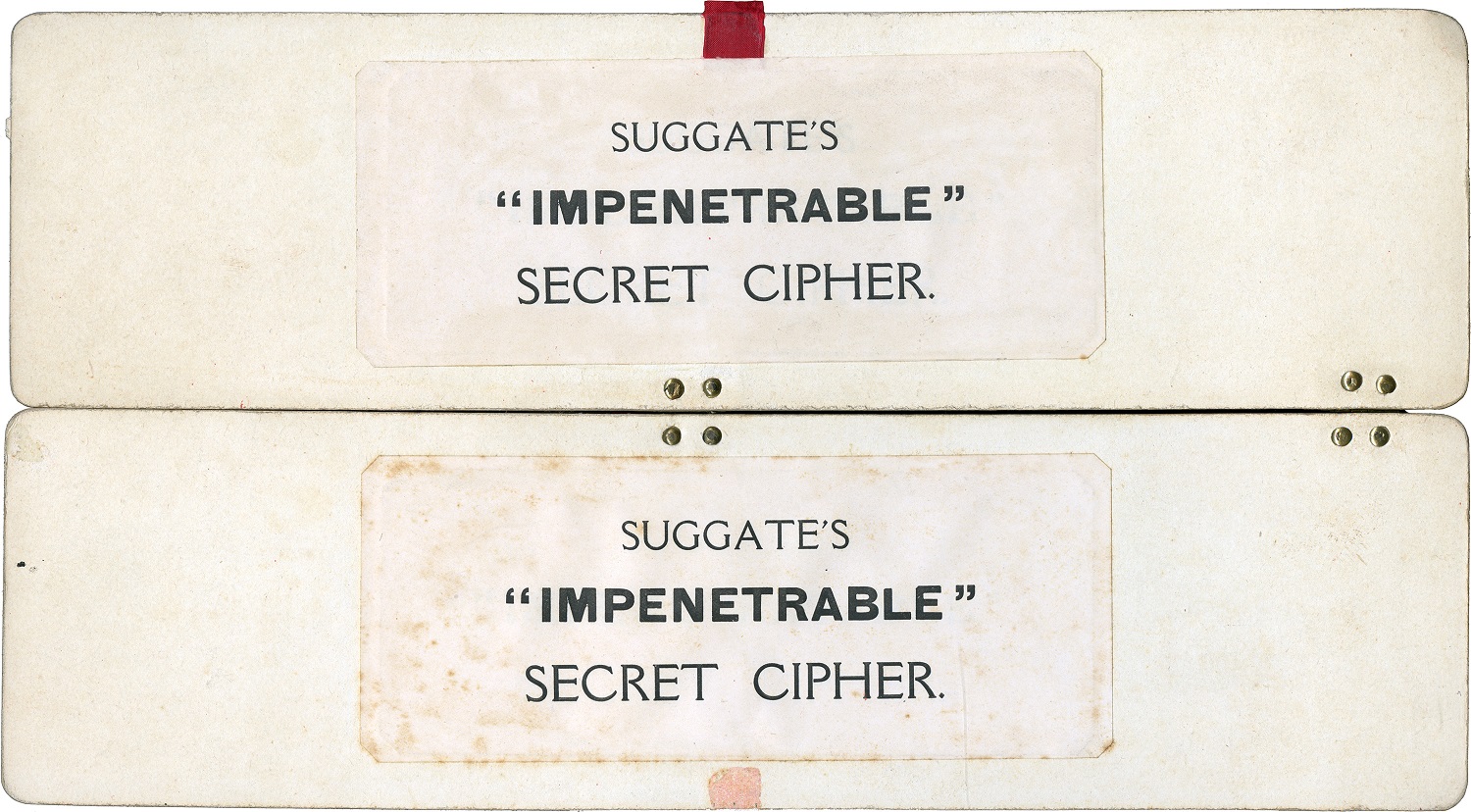 Here’s a picture of the inside: 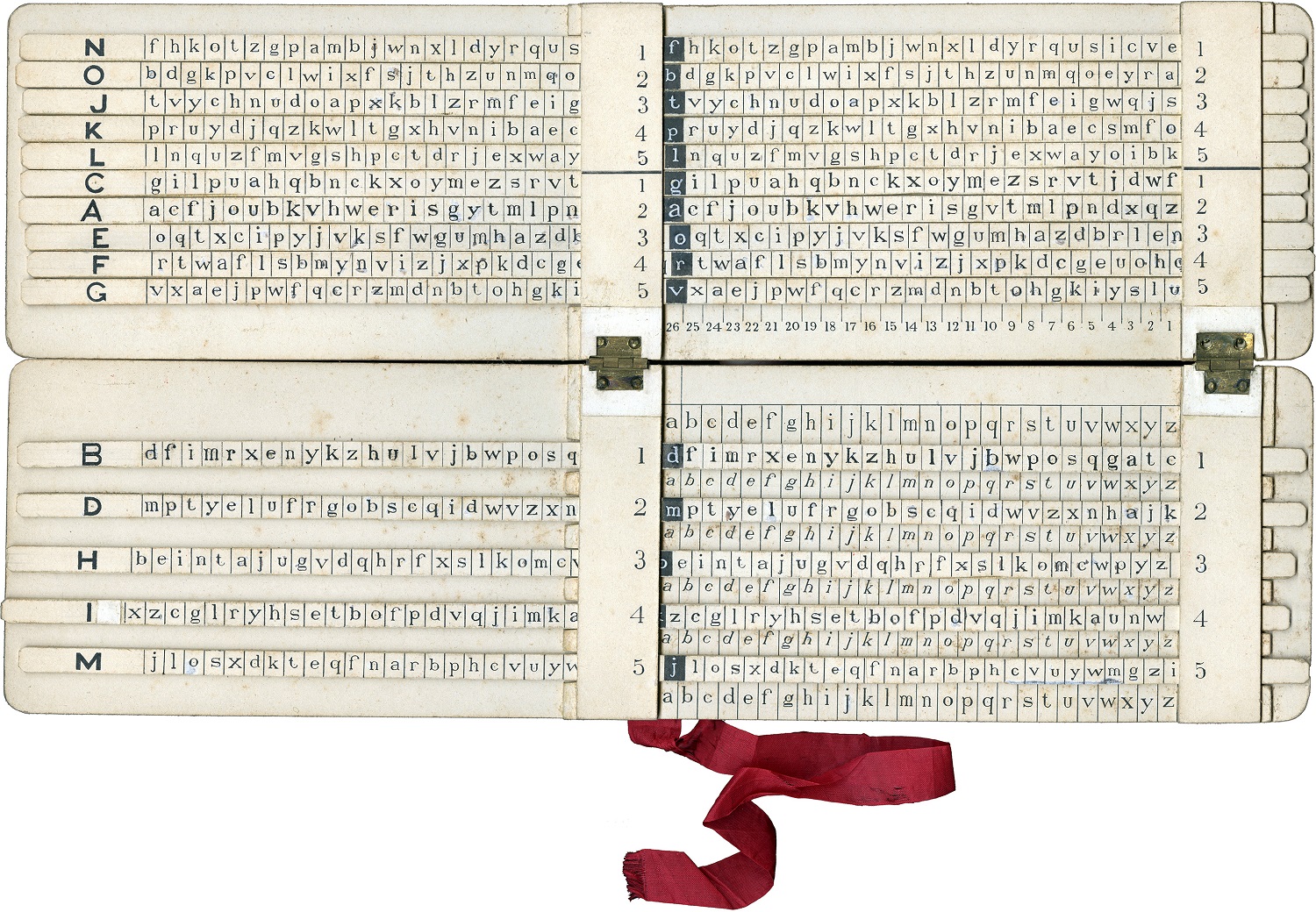 From a cryptologist’s point of view, this device implements a strip cipher. Similar tools of this kind include the M-138 … 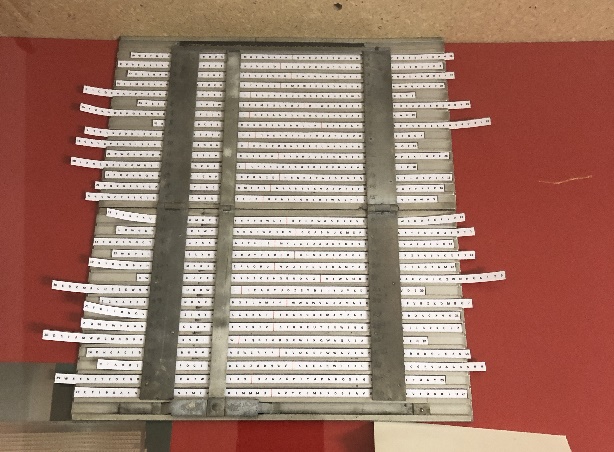 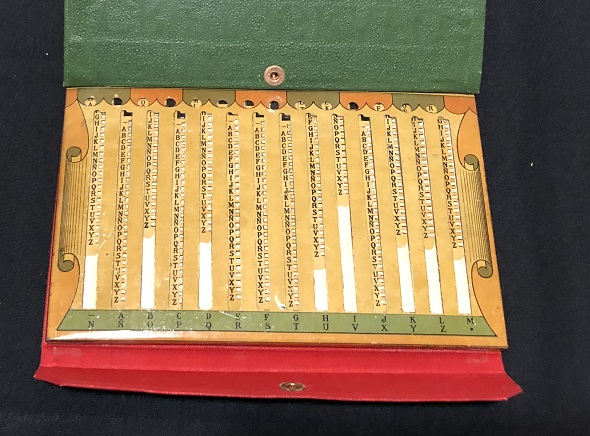 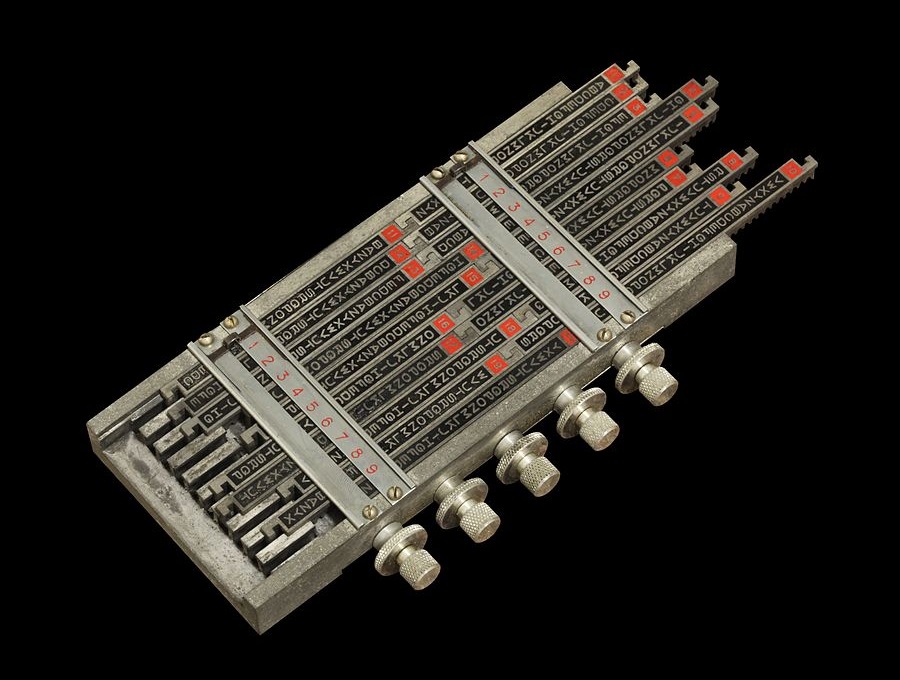 All of these devices were constructed around 1930.  The wrapping the Suggate device was contained in … 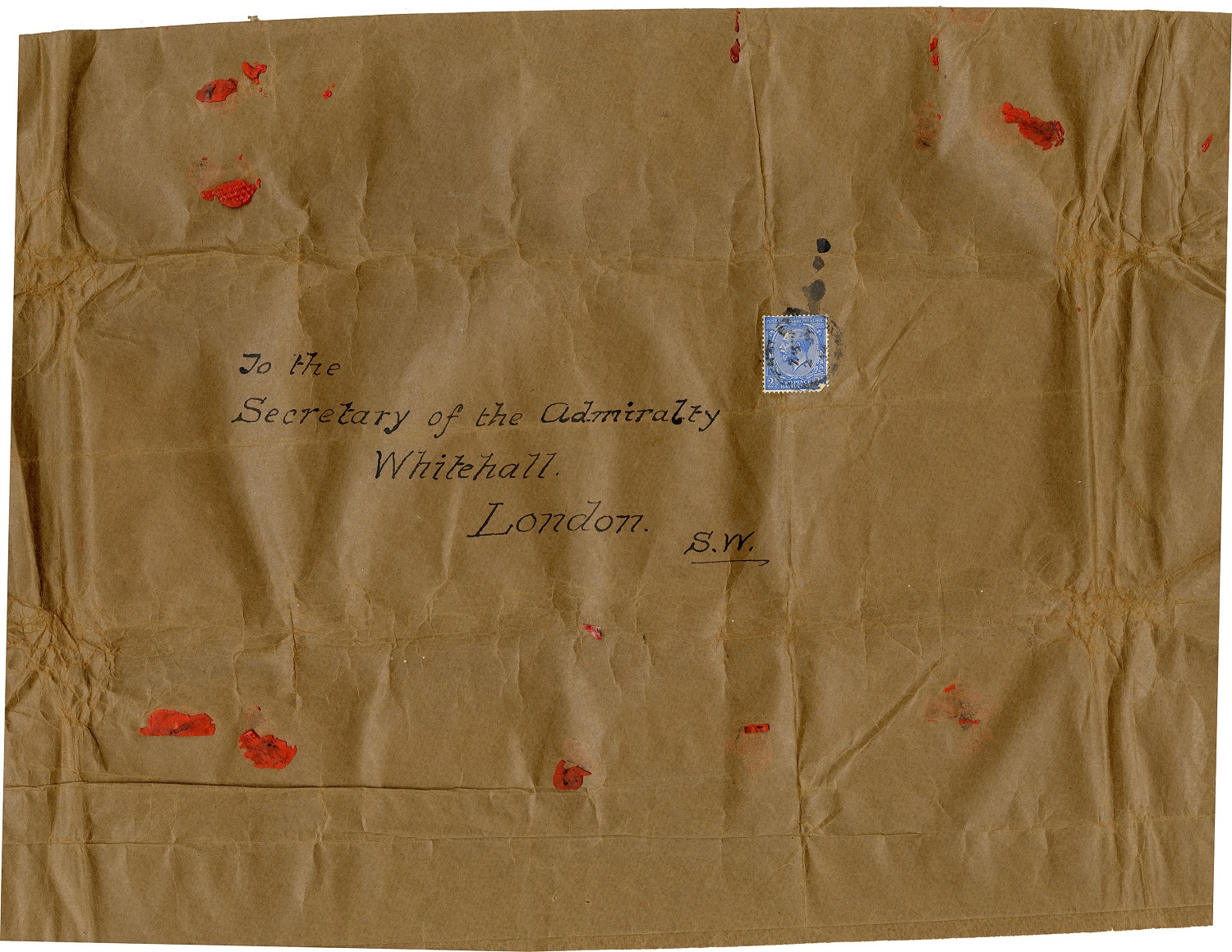 … bears the address of the Secretary of the British Admiralty in London. My guess is that the inventor of the device sent a prototype to the admiralty, hoping that his tool would be useful for the military. Things like this happened quite often.

It is not known when the Suggate cipher was made. The wrapping bears a stamp … 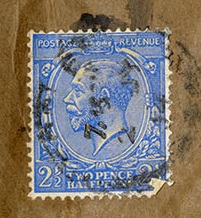 …, but no date is readable. According to Glen, the stamp itself can be used to narrow down the probable dates of the device’s mailing. He wrote: “The crypto-device together with its mailing wrapping weighs 7.2oz. Consulting the Great Britain Philatelic web-site (suggested and found by Elonka Dunin) we find that the cost to post an 8oz letter was < 2½d before November 1915, and more than 2½d after June 1920.”

Here are a few more obervations Glen sent me:

Glen and I have not found any information about the Suggate strip cipher anywhere. It appears to be a very rare device. Perhaps, the specimen that was sent to the British Admiralty is even the only one that ever existed. In addition, it is not clear how exactly the device worked. If a reader can help, please let Glen and me know.
Follow @KlausSchmeh

Further reading: Who knows anything about this rare encryption machine?