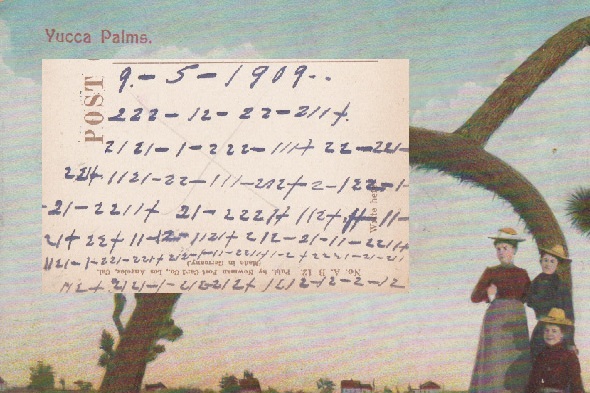 In 1909, an unmarried woman in Santa Monica received a postcard encrypted in an unusual cipher. Can a reader break this encryption?

Blog reader Karsten Hansky has provided me an interesting encrypted postcard. Unlike most other cards I have published on this blog, this one doesn’t show a certain place, but a plant – a Yucca Palm. 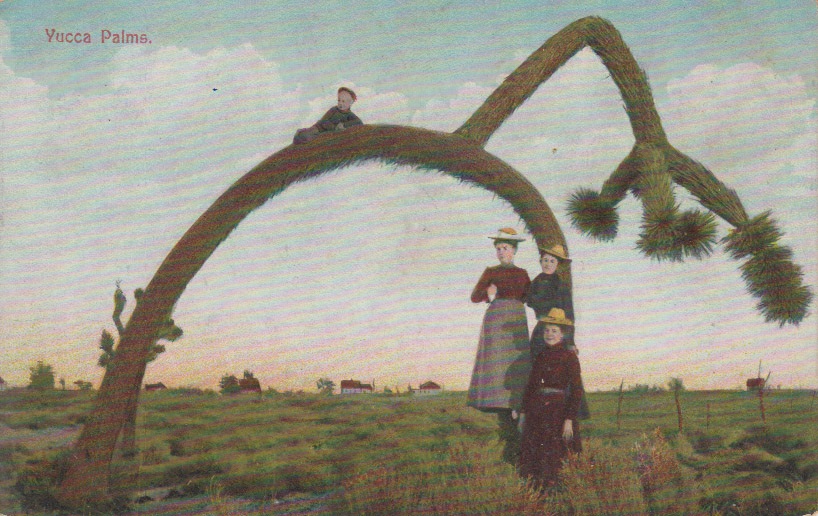 According to Wikipedia, Yuccas can be found in many parts of the USA, including California. If we look at the address side of the postcard, we see that California is the place where it is from. It was published by a company in Los Angeles. To Karsten’s and my surprise, it was produced in Germany. 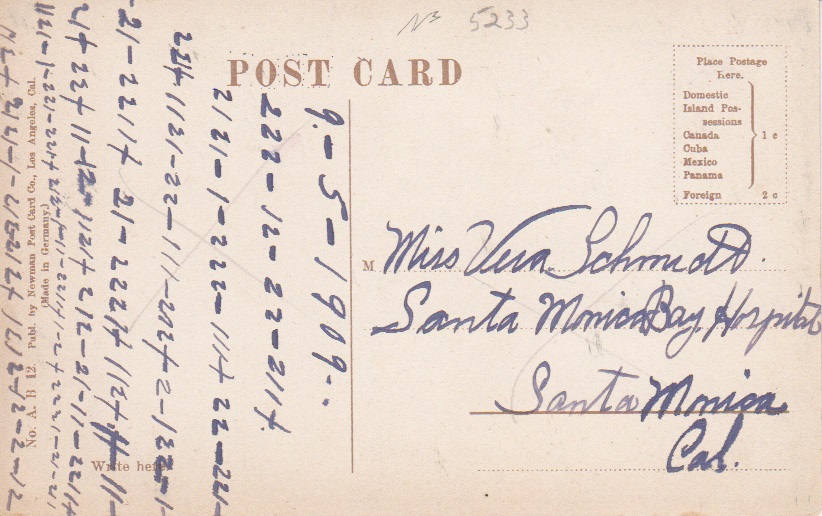 The message on the card is dated 9-5-1909. Provided that the sender used the US way of writing a date, this means September 5th, 1909. The receiver of the card was a Vera Schmidt, who lived or worked in the Santa Monica Bay Hospital in Santa Monica, California. Apparently, this institution does not exist any more. Santa Monica is a suburb of Los Angeles.

Vera Schmidt is a German name. The title “Miss” indicates that she was not married. Most encrypted postcards I know were sent by young men to their loved ones. I wouldn’t be surprised if this was the case here, too.

Let’s look at the encrypted message: 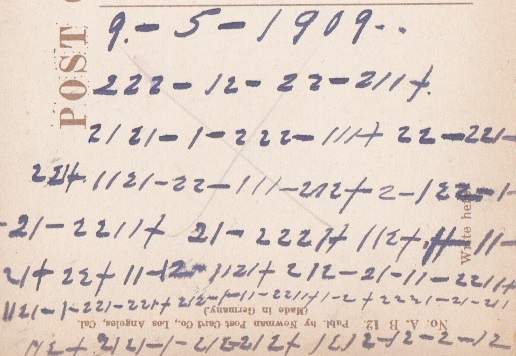 Apparently, the sender used an alphabet consisting only of the four characters “1”, “2”, “+”, and “-“. This is quite unusual. My guess is that the “-” separates letters, while the “+” separates words. If this assumption is correct, the ones and twos represent a binary code, perhaps a Morse code. However taking the ones as dots and the twos as dashes (or the other way round) doesn’t lead to a meaningful text.

Can a reader find a better approach for solving this message? If so, please let Karsten and me know.
Follow @KlausSchmeh